We are lucky to live in the UK, home to some of the finest and most diverse countryside on planet Earth. One minute you can be bobbing along the rocky tracks of the Lake District and then a day or two later you can be wild camping on an isolated beach on the Scottish coast with only your Land Rover for company. We are also fortunate to have a fairly conservation-minded government, so forests and wildlife do enjoy more protection than some of their counterparts in other countries.

For this month’s greenlaning experience we are in Thetford Forest, the UK’s largest manmade lowland forest. It covers an area of about 19,000 hectares, so you can easily fill a day laning along these seemingly never-ending tracks.

The forest was established by the Forestry Commission in the 1920s because there was a huge shortage of timber once the First World War ended. The demand for wood to shore up the trenches on the Western Front had decimated Britain’s timber reserves and Thetford Forest, planted on what had been sandy heathland, helped replenish them while also providing work for the unemployed.

The forest straddles northern Suffolk and southern Norfolk and I know we are not far away from it when we pass the Elveden War Memorial on the A11, which fittingly is dedicated to the fallen of the First World War. It lies at the meeting point of three parishes (Eriswell, Elveden and Icklingham) which the memorial honours. The names of the dead from each of these three parishes are listed on the base of the 39-metre-tall Corinthian column. It’s well worth a stop if you are passing. 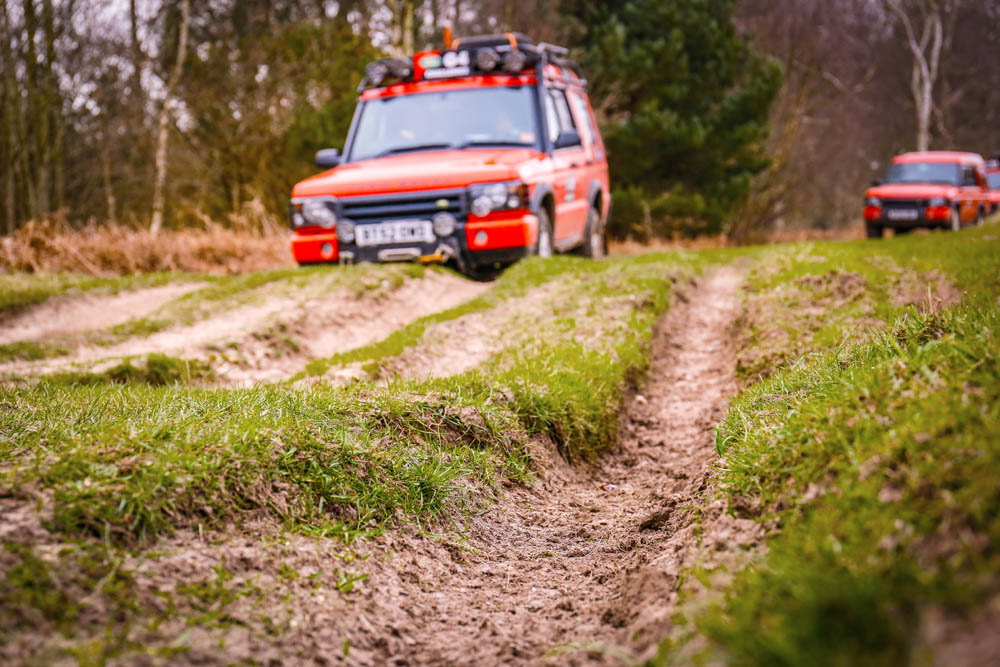 We meet the rest of the crew that we will be laning with at the Red Lodge Cafe – it’s only about ten minutes from the start of our first lane, which lies on the western side of the King’s Forest. The crew consists of four Land Rover G4 Discovery 2s, all ES spec and all auto V8 petrols with the 4.0- litre engine. They all took part in the 2003 event: three of them were mechanics’ vehicles, two of them during the South African leg and the other one during the Australian leg. The final G4 Discovery was a back-up competitor’s vehicle during the Australian leg of the challenge. It is without a doubt one of the more unique convoys I have travelled in since covering the 2003 G4 event as a journalist. It brings back wonderful memories. If you add my 2.8i straight-six petrol Defender into the mix, then we are probably using more fuel than a spaceship or ocean liner at full speed. 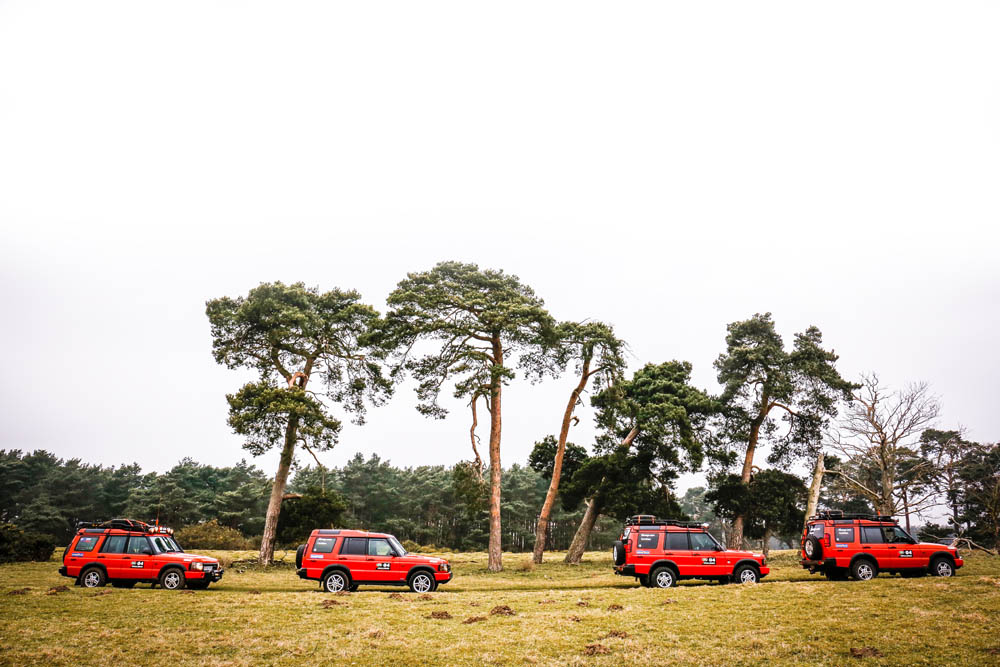 Our first lane starts to the south-west of Thetford, just outside the village of Icklingham. Locals call the lane Serengeti because at times it feels as if you are looking over the grass-covered plains of east Africa, except here there are no wildebeest, only sheep and pigs. I’ve been to the real Serengeti several times and I can see why the locals have adopted the name. While the famous Thetford Forest trees do lie off in the distance you do feel as if Meryl Streep will come riding past on her horse, as she did in Out of Africa. 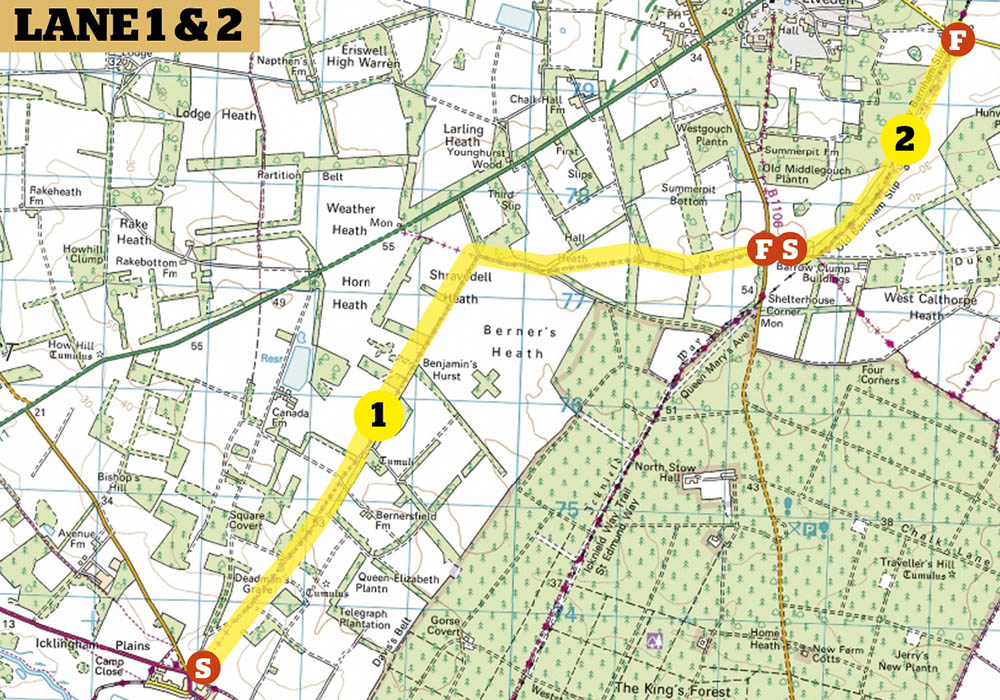 The first half of lane two is along a hard, sandy track, while on the second half it changes to chalk and muddy pools. Just before we reach the end of the lane there is an old military ruin. Someone quips on the radio that this area was a popular  choice for some of the filming locations for Dad’s Army. This no doubt explains why the Dad’s Army museum in nearby Thetford is a popular tourist attraction.

Our orange convoy crosses the busy B1106 to get onto our second lane. We’ve had to leave out the nearby lane through the centre of King’s Forest as it has been badly cut up during the recent rains. There is a farm at the start of the Old Barnhan Slip lane. Soon we are deep in the forest, with a fence on our right. The track is full of holes and it feels good to hear the recently-replaced shocks and springs on my Defender doing their job. Towards the end of the lane the track does get a little tighter, but we all get through safely. 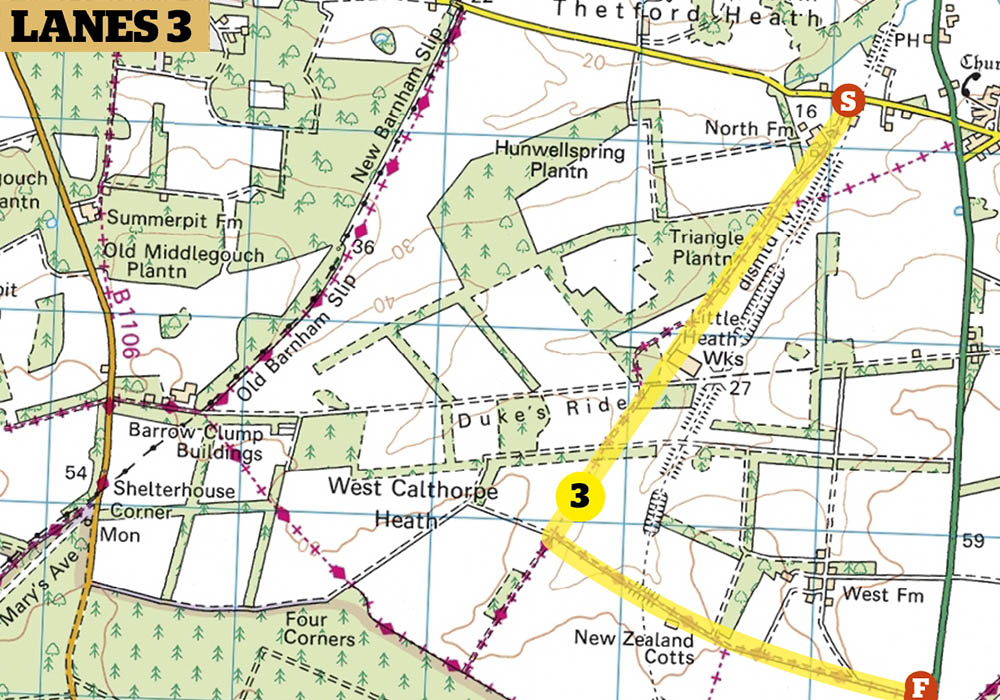 To get to the start of our third lane we head east along the tar road towards Barnham but turn off before we get there at North Farm. We encounter some local farming traffic. Judging by their smiles and waving they don’t mind us being here or maybe it’s the unusual sight of four Tangiers Orange Land Rovers in a convoy. Farm life is soon left behind us and exchanged for a lumpy and bumpy ride in the forest. About halfway down the lane a tea break is called. Suitably refreshed, we are back out of the forest and in scenic English farmlands. I’m enjoying this drive. Even the severely-potholed track cannot dampen our spirits. 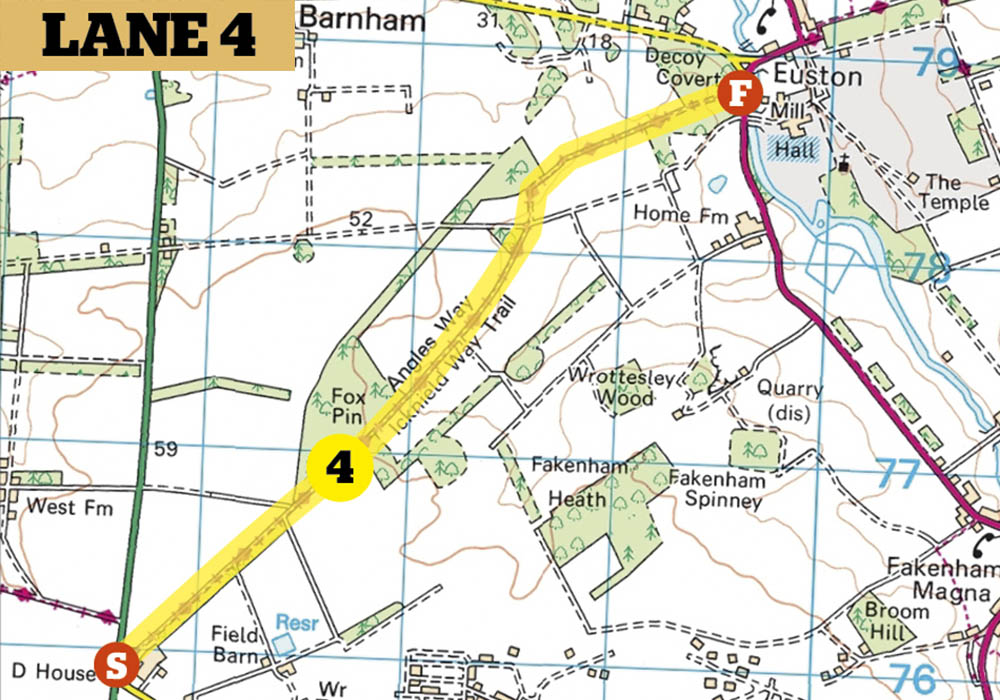 The farming theme continues on our fourth lane, which starts where the third one ends. In fact, it’s best described as a pig of a lane, as there are hundreds of pigs in the meadow to our left. The track is hard and lumpy, but so far I have not had to engage low range. There is a lot of wildlife in attendance. A pair of squirrels scramble across the track as they go in search of food. I also see a pair of muntjac deers and a solitary fox. We make our way through hedgerows and small fields before heading back into a forested section that takes us to the end of the lane. 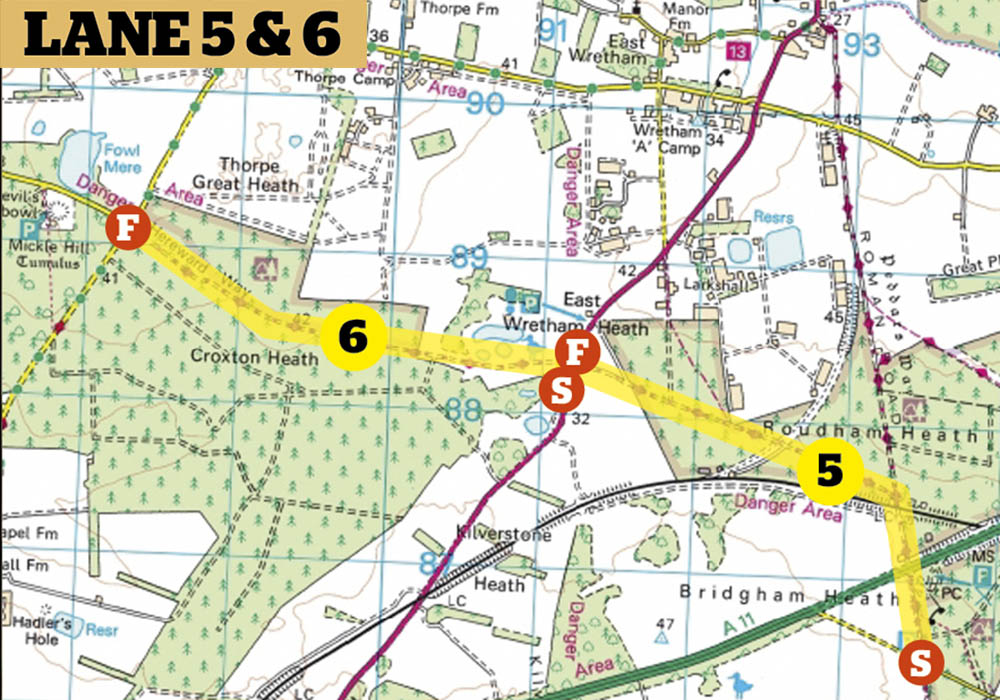 It’s a short trek to our fifth lane, which lies to the north-east of Thetford. Not long after entering the lane off the busy A11 we have to use a railside telephone to find out if we can cross the multi-track railway crossing. The deafening sound of a train’s warning horn tells us we have to wait about 15 seconds to let a speeding train pass. We are then cleared to go and make our way onto Roudham Heath. A sign tells us that we are on Peddars Way for about 500 yards, it’s a a former Roman road that is now a popular walking trail that starts in Rushford and then heads north to the Norfolk coast at Holme, where nearly two millenia ago the Romans operated a ferry across the mouth of The Wash to the Lincolnshire coast. These days the 100-mile trail consists of stretches of that old Roman Road, the sandy heaths of Norfolk’s Breckland and the low-lying cliffs and white beaches along the North Norfolk coast.

Large parts of the lane are covered in deep ruts; in fact there are several to choose from. Fortunately for me, ground clearance is not a problem.

Once we reach the A1075 the lane ends, but as we cross it our sixth lane, which crosses Croxton Heath, begins. The lane starts close to East Wretham Heath, the oldest nature reserve in Breckland and home to scarce breeding birds such as stone curlews and the woodlark. There’s a great bird hide that overlooks Langmere, one of the reserve’s two shallow lakes that were left behind as the vast ice sheets retreated at the end of the last Ice Age, 12,000 years ago.

This forest track does have a couple of small cross-axles and potholes, but they provide no significant challenge to our convoy, which cruises through. Some sections narrow rather dramatically, but they too are easily negotiated. 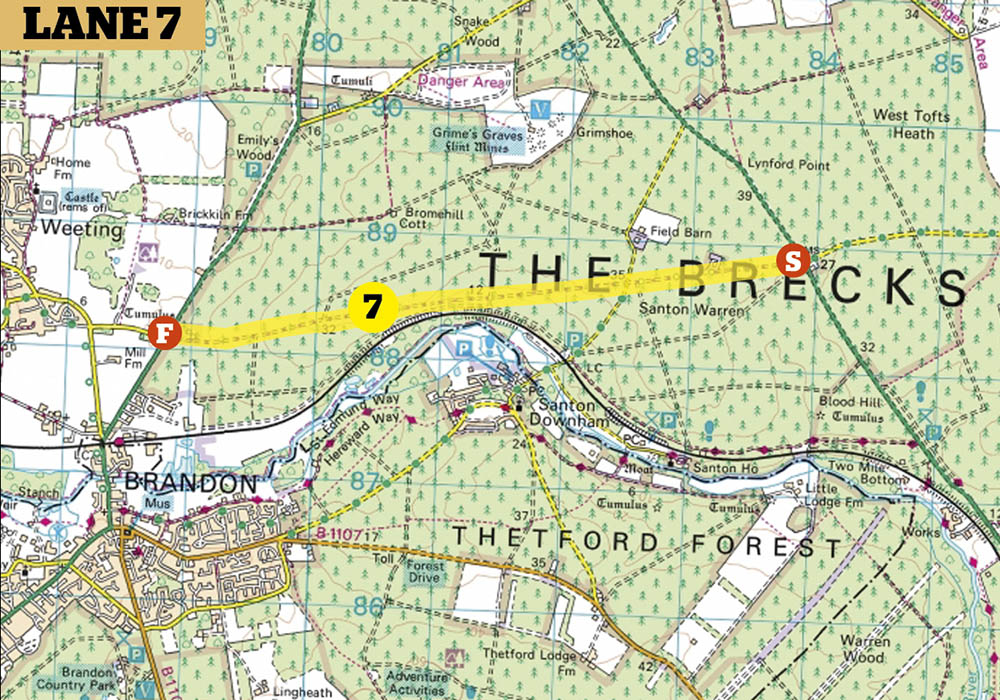 We cross just to the north of Croxton to our next lane. The map reveals the names of some interesting places that we pass such as Devil’s Punchbowl and Blood Hill. Some parts of these forests obviously have a dark history.

Our seventh lane is a lovely, long one, passing just to the north of the Little Ouse River before finishing in Brandon. It’s rather wide in places and the red road reminds me of parts of Africa that I have previously explored in a Land Rover. The track is firm and easily negotiable. Towards the end it narrows rather significantly, taking us along a path covered in dead leaves. 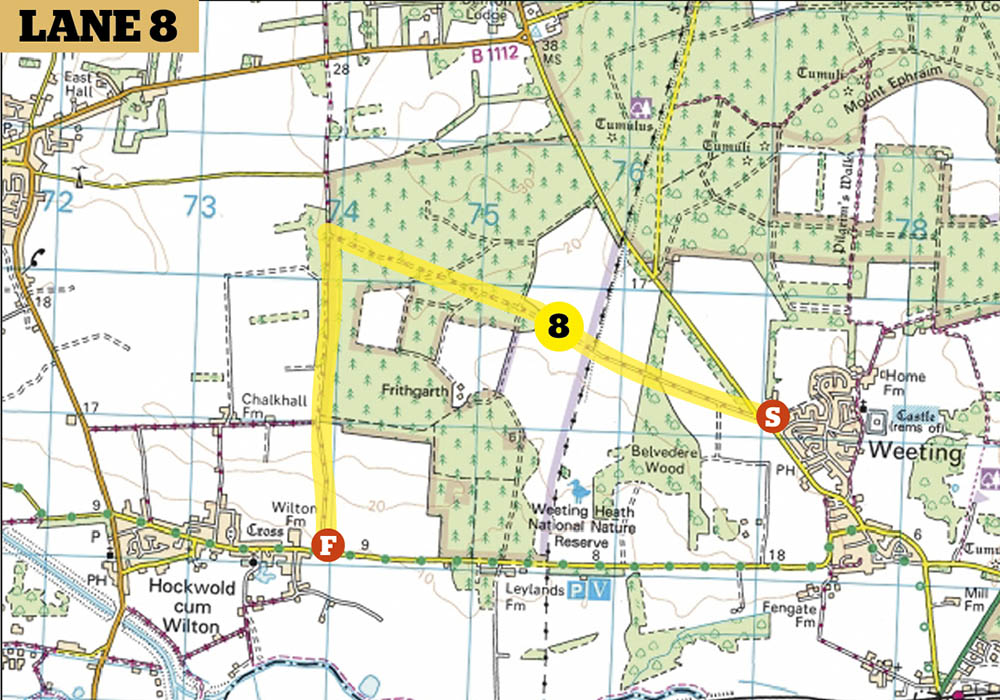 Our eighth and final lane starts just to the west of Weeting. At times it’s easily one of the narrowest tracks we’ve driven and I have to watchfully steer my bulky 110. It feels as if we are driving through the Amazon jungle but we are only in the Thetford Forest. It’s a long lane and we head south past Chalkhall Farm on a clay track, before finally finishing off near Wilton farm, just off the village of Hockwold-cum-Wilton. We have driven a total of 37 miles since the start of the first lane and 23 miles have been off-road through some of the nicest forest tracks in Britain.

Thetford Forest is without a doubt the place to go laning if you like your forest drives, or if you are new to off-roading. 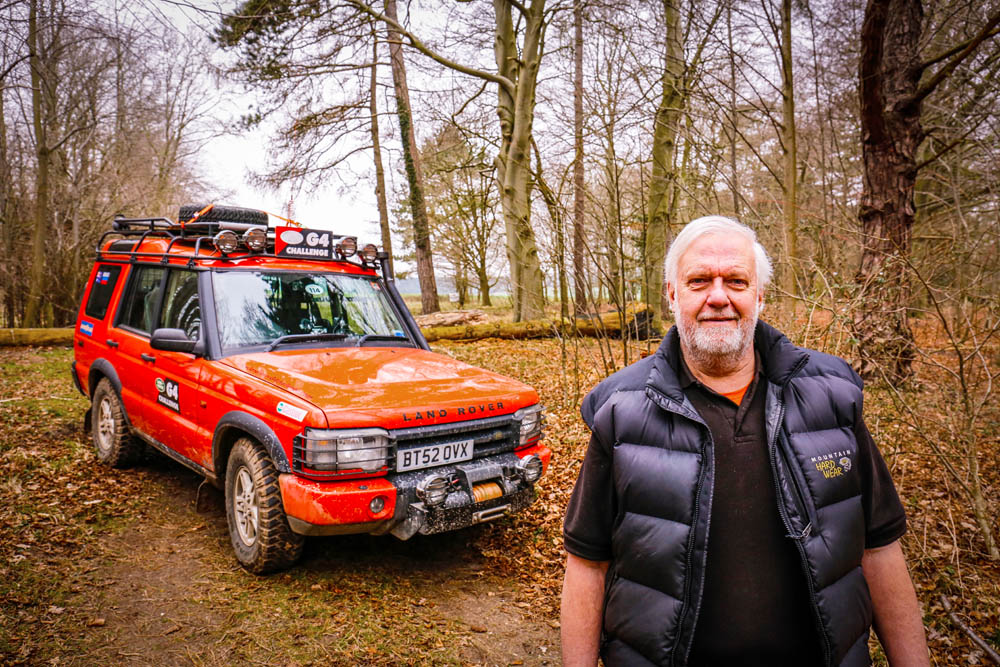 Richard Stock, 2003 G4 Discovery 2  ES V8 4.0-litre, back-up vehicle for Stage 3 Australia Team on 2003 G4: “I own a couple of G4 vehicles and it all began in 2004 when I bought a new black D3 and saw a G4 Range Rover for sale. It’s been a slippery slope since then. I now have a Kalahari Freelander, Copacabana Freelander and this D2. I’ve never owned a Defender as I like to be comfortable. If you are looking for a genuine G4 vehicle do get in touch with the club.” 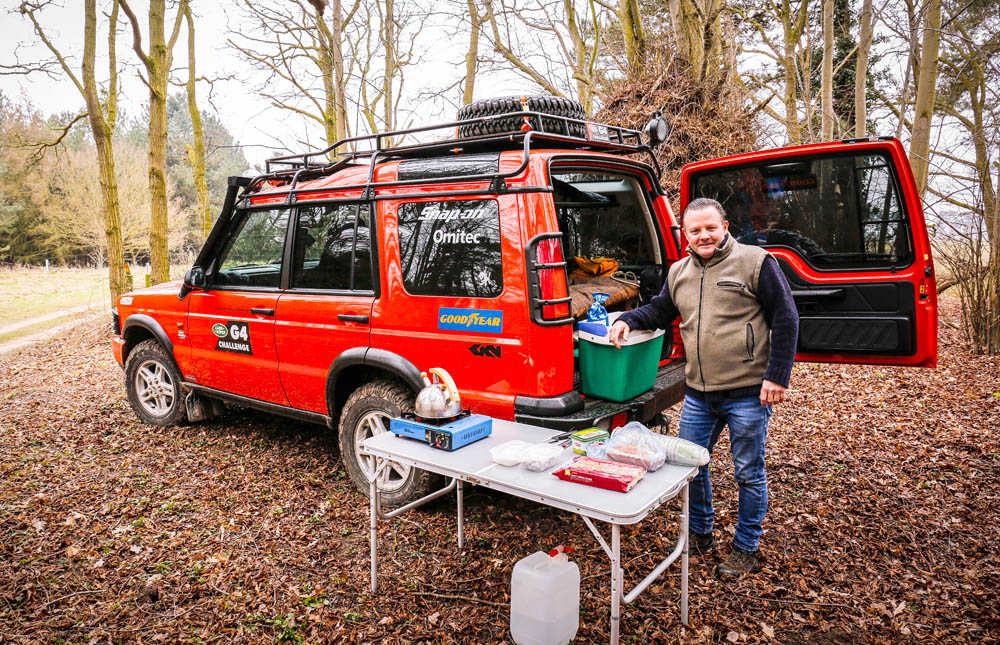 Phil Evans, 2003 G4 Discovery 2  ES V8 4.0-litre, Mechanic’s vehicle for Stage 2 South Africa on 2003 G4: “This is without a doubt my favourite Land Rover. It only did 800 miles in the last 12 months. It has taken me a fair old while to get it looking like it did when used on the event in South Africa 15 years ago. Now I only take it out on special occasions like today when three of mechanics’ cars get together. It is pretty unique.” 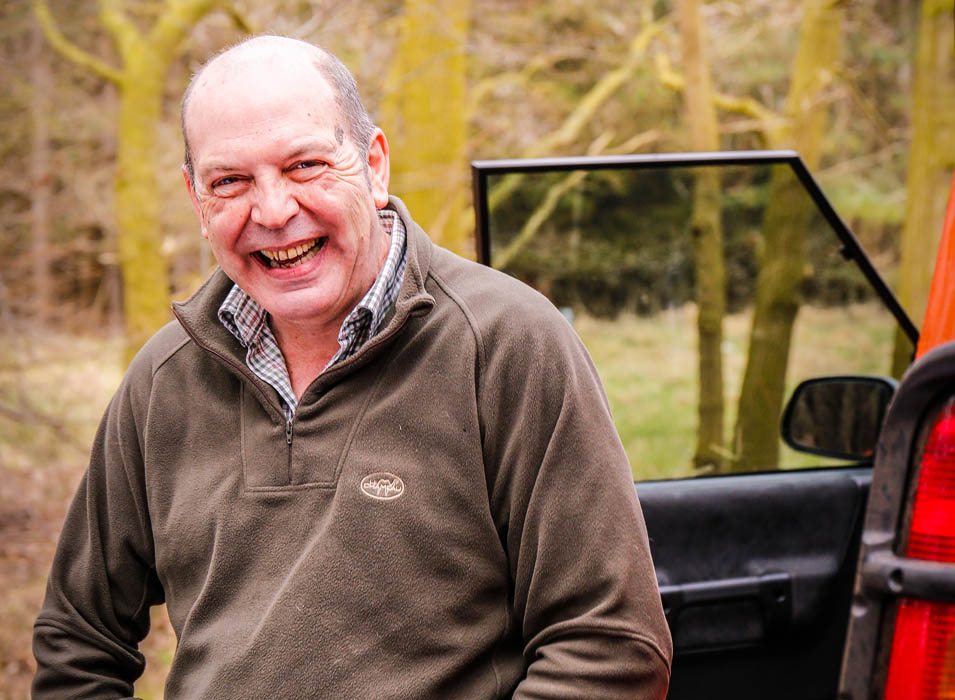 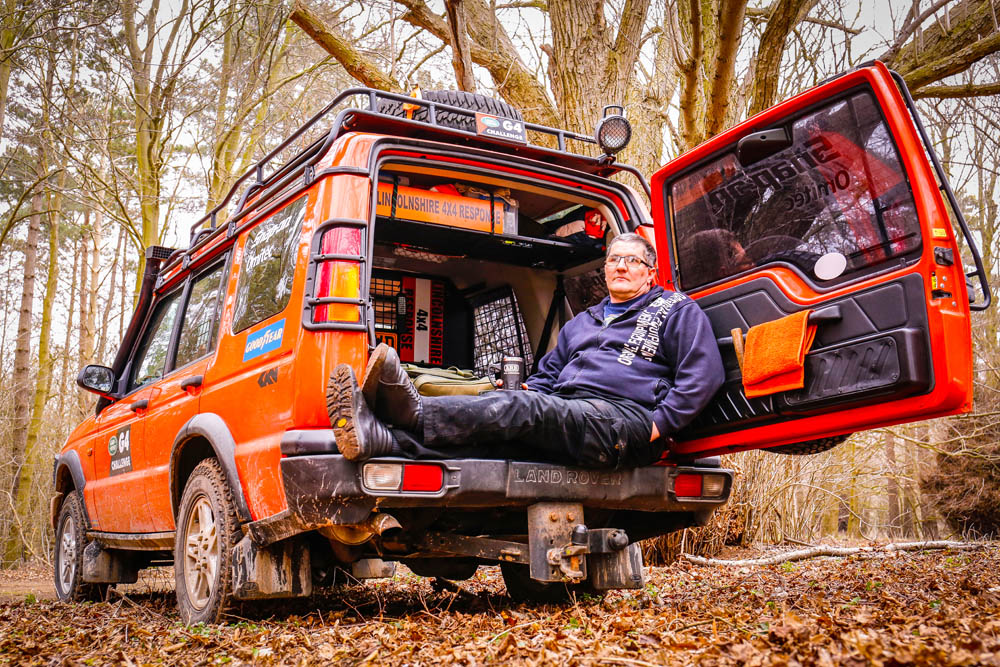 Mick Moxon, 2003 G4 Discovery 2 ES V8 4.0-litre, Mechanic’s vehicle for Stage 3 Australia on 2003 G4: “I’ve always wanted a G4 and love how they have been kitted out: subtle, purposeful yet noticeable. Being a commercial suits us as we have a mobility scooter that fits nicely into the back.”

The Swan at Hilborough:  We chose this Norfolk country inn as our overnight option due to its rave reviews on TripAdvisor. The food was exceptional, the service good and the staff welcoming. What more could you want? The two-bedroomed apartment we stayed in was tidy and more than ticked all the boxes. We would definitely recommend The Swan. hilboroughswan.co.uk