Land Rover Defender (LRD) Security is an online one-stop shop for anyone looking to beef up the security of their beloved Land Rovers, including Defenders of course. You’ll find a list of security options for each model type on their comprehensive website.

We asked LRD owner Will French what are the first things to consider when securing your Land Rover? “Focus first on things that are visible to the would-be thieves, such as a steering wheel lock,” he said. “Then on the things that they cannot see, such as a kill switch or tracker. Think out of the box. Thieves purchase jammers off eBay which they run off your Land Rover’s cigarette lighter, so why not put in a cigarette lighter socket switch?”

Will also gave us another ‘out of the box’ tip. Leave a baby monitor inside your Defender at night, then when thieves do enter your precious Landy, the noise will wake you via the monitor.

The Disklok steering wheel lock device (from £119) was launched in 1993 and today it is one of the most decorated items of automotive security in the UK. In 2005 they ran out of space on their website to list the numerous awards won over the years!

It’s a quick and easy way to lock your steering wheel. Don’t worry if you have fitted a smaller aftermarket steering wheel as the Disklok is available in small, medium and large. 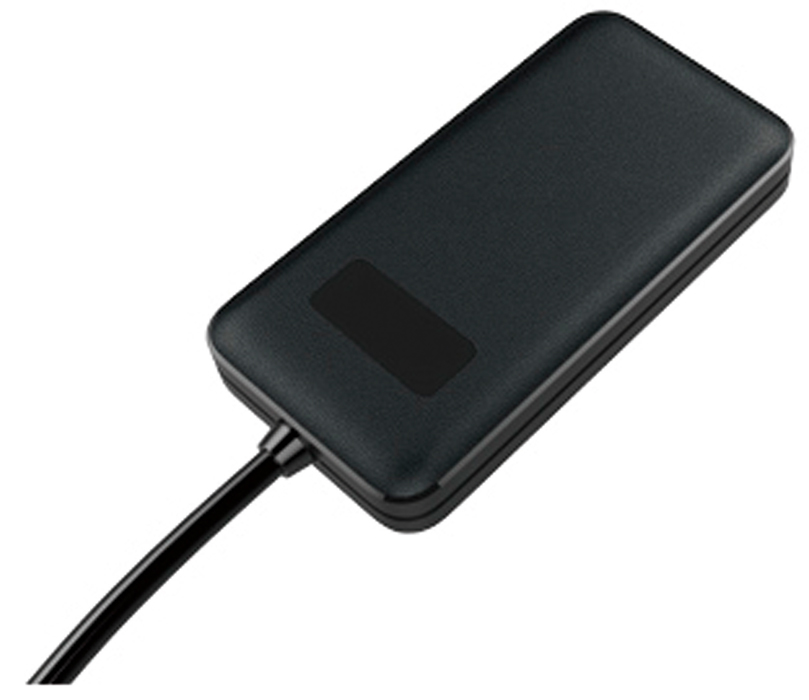 The Defender Defender is more than just a tracker, it’s an all-encompassing security system that tries to stop the thieves before they take off with your Land Rover. This £195 device (excluding monthly subs) can detect internal vibration, battery disconnection, keyless ignition and vehicle movement. Any of these will lead to the owner receiving an immediate SMS or phone call.

The system was developed by Russ Knight in conjunction with the military, after he too became a victim of crime. They suggested he develop something similar to the devices they were using at the time and that is exactly what Russ did.

“Our Defender Defender has 65 different alerts and soon we will be adding an emergency alert too,” he said. “Last year the NFU paid out 3.8 million for stolen Land Rovers, they are the most stolen vehicle per capita in the UK, this makes a quality tracker a must-have.”

I have more than one security camera where I live; one of them sends out an SMS if it detects any sort of movement on the driveway, be that a stray cat or lost fox. It won’t 100% guarantee thieves won’t have a go at your Defender but I’m a firm believer in layers of visible and invisible security.

I’ve had one of these in my Land Rover for a few years now. It is not the lightest but boy does it do the job. I can fit this in the dark with my eyes closed. When doing this I use my fingers to locate the keyhole to lock it and boom I have another layer of visible security.

A few weeks ago mine was a bit squeaky but some WD40 quickly quietened down those hinges. Make sure you purchase the correct one for your pedal set-up! I suggest spending the extra £60 for the pedal lock safe so you can secure it when not in use.

Don’t forget to put the Ardcase sticker on your window so the thieves don’t have to first smash your window to find out that you have one. 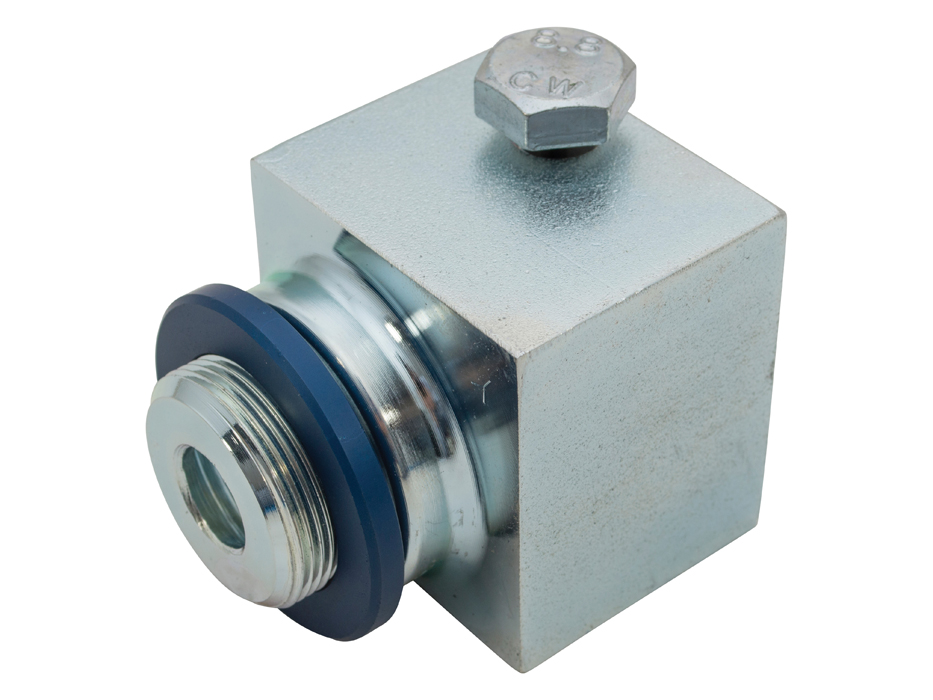 We’ve all seen in the movies where they start stolen cars using a screw driver. This is normally done after breaking the column steering lock and removing the lock barrel, very common with Land Rovers. Prevent this happening by installing this X-Column lock protector. What I like about this is after I fitted one I did not have to do anything else, it just does what it says on the tin. 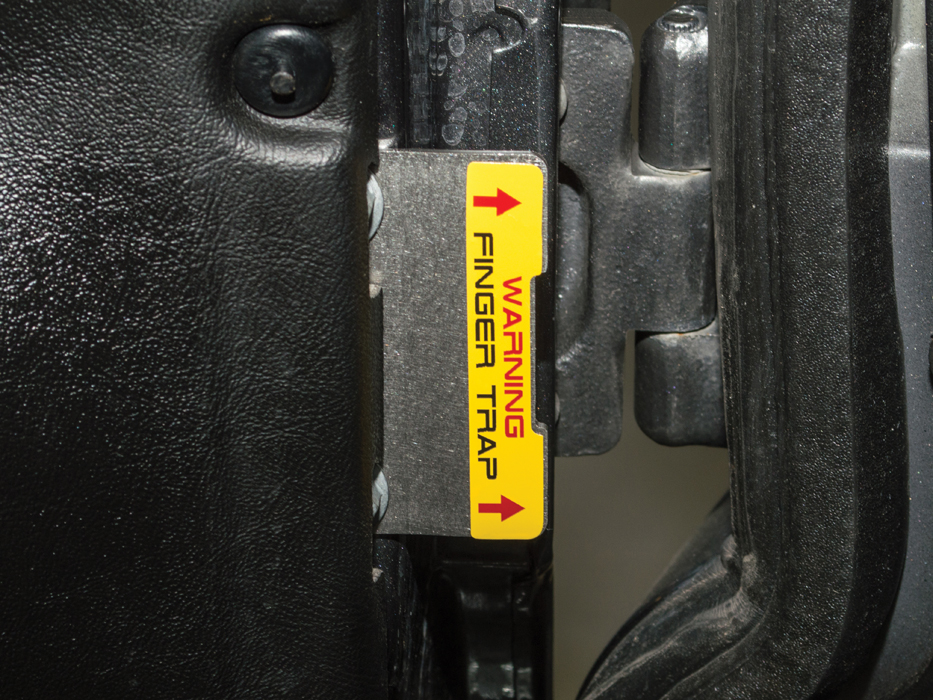 Each Defender door hinge guard consists of two CAD-engineered stainless steel plates that fit inside each hinge point. This means no outward movement of the door once you remove the bulkhead bolts. Quick to fit and unobtrusive. Mind the little one’s fingers though! 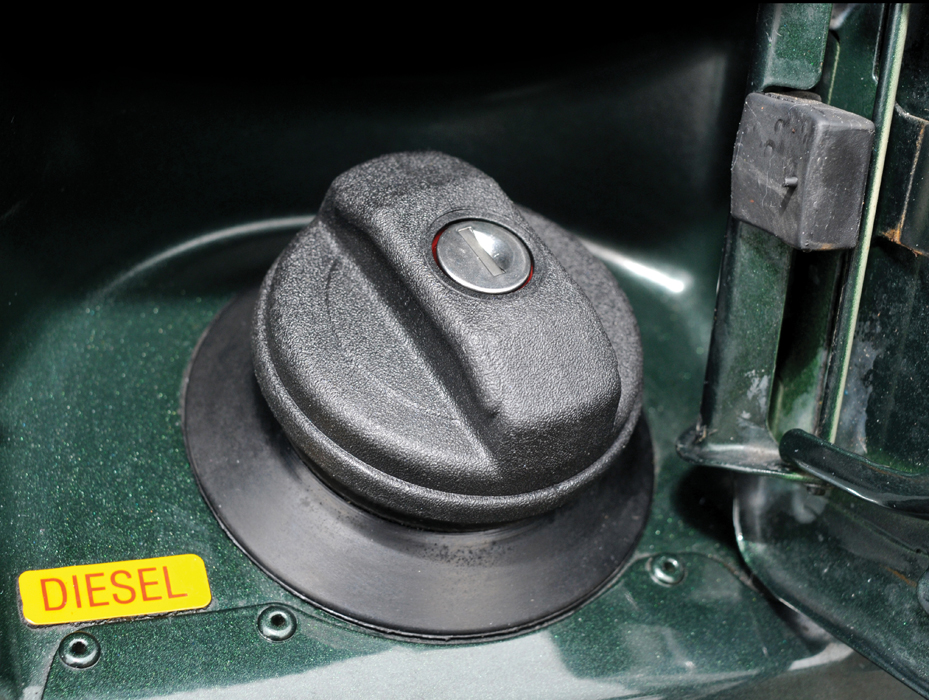 When the fuel prices rocketed in South Africa the theft of fuel from Land Rovers increased overnight. I thought that was a good time to fit a decent locking fuel cap. 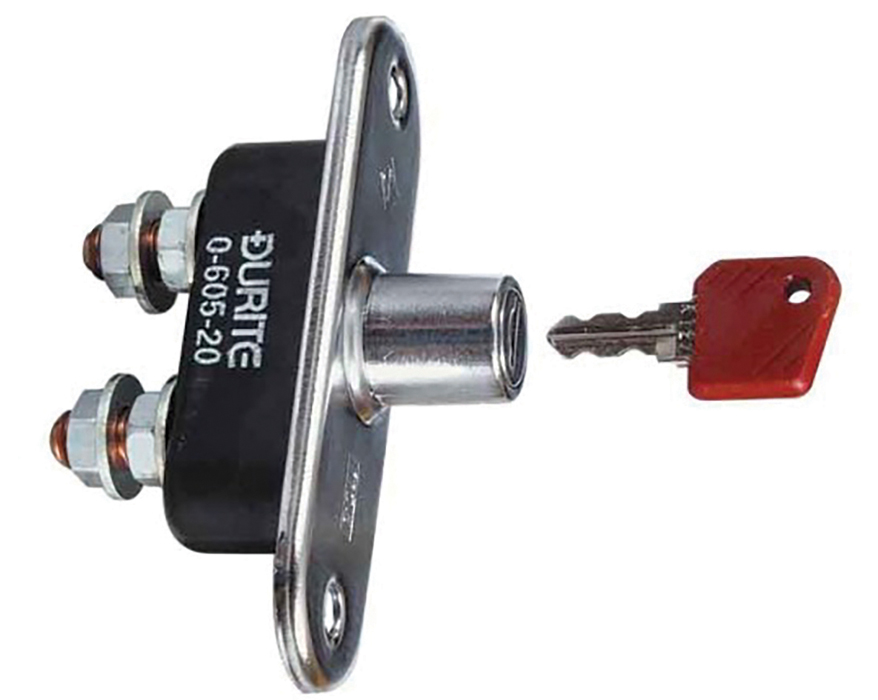 Our friends at LRD Security sell two types: keyed (£49.99) and the standard big red flick switch type (£22.49). I like the keyed version as it does not shout out ‘here I am’ plus you can remove the key in both the on and off position. Just another layer of security to slow down the thieves. 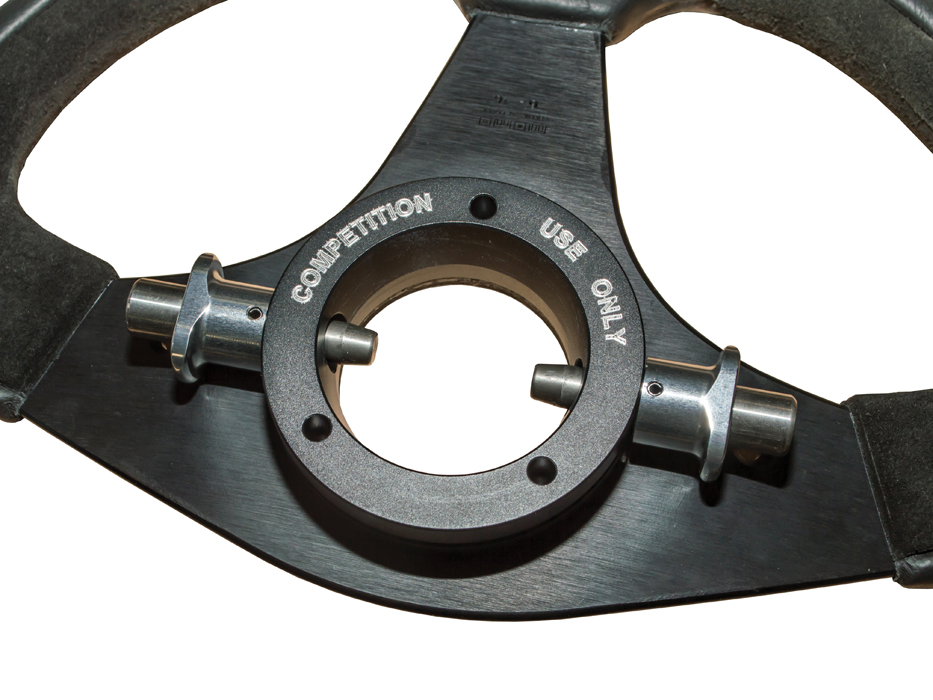 Optimill have a great reputation for making quality and stylish accessories for Defenders. They also have several top offerings when it comes to security. If the thieves don’t have a steering wheel then they aren’t going to be able to drive anywhere so you might want to invest in the Optimill slimline quick release boss (from £160) which is compatible with several aftermarket steering wheels. With it you can remove your steering wheel in seconds.

If you do loads of overlanding to dodgy places such as Luton or Liberia then you might want to invest in this under cubby locker, available in a sliding (£135) and hinged (£96) option.

The locker gives you an additional 11 litres of storage space and thanks to the elevated cubby box, it creates a great spot to rest your elbow while driving. 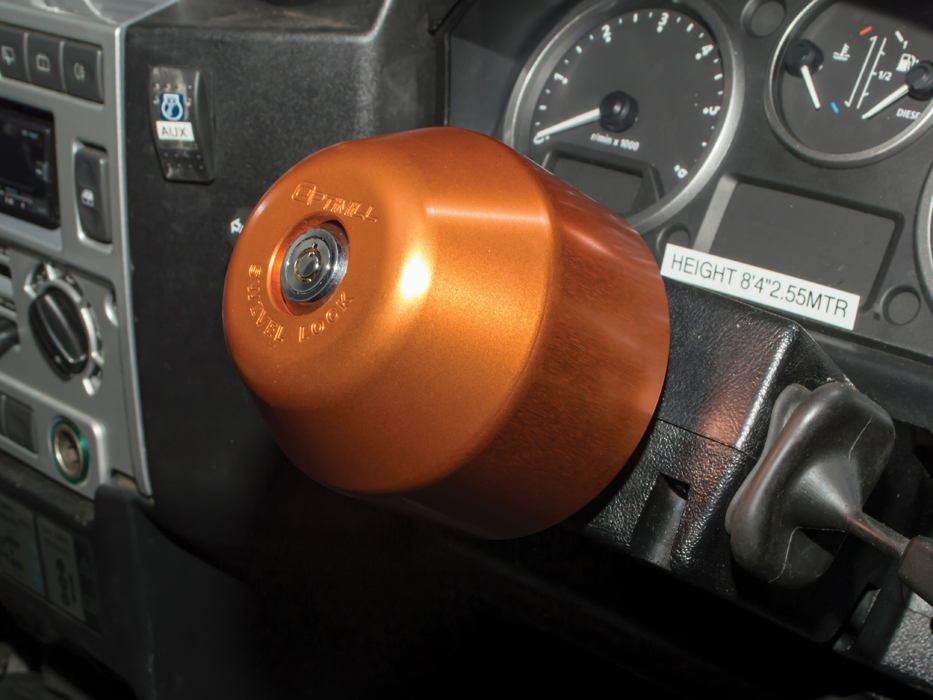 If you’ve purchased the above quick-release boss then slap on a swivel lock (£150) which is made from billet aluminium. Thanks to its bright orange colour the thieves will see it before they smash a window. The swivel lock has an anti-pick lock and according to Optimill you can’t get it off without a key.

13. Dash Cam
Modern dash cams are not just for recording the action when off-roading or doing scenic drives, they can act as security cameras when you are not in your Defender. The Motorola MDC500 WIFI Dash Camera (£89.99) will give you both a front and rear view of your Land Rover. The rear HD recording cam shoots through the cabin. It has built-in WIFI and GPS and connects to your phone via Bluetooth. Records on a loop. 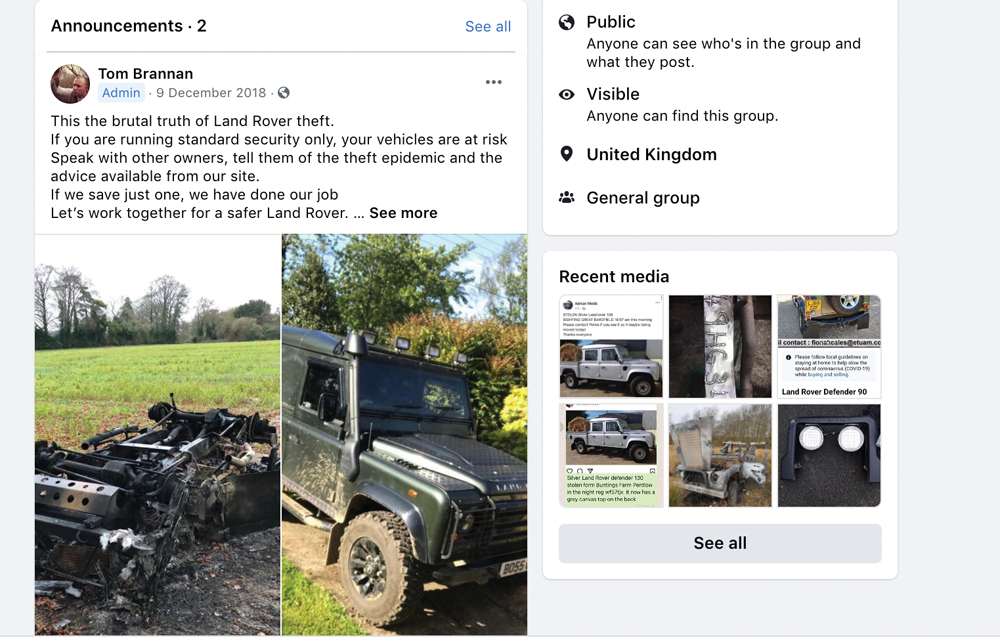 If your Defender is stolen then you need to get word out about the theft as quickly as possible, because this might lead to its recovery. Sometimes thieves will park it up for a few days as they try to determine if it has a tracker. Using social media like the Facebook group Landy Watch is definitely the way to go.

On the day that I wrote this article there were five reported Defender thefts on Landy Watch.

Also use local Land Rover Clubs and friends to help spread the word of the theft. If you are able to get the post to go viral you might just get lucky with getting it back. 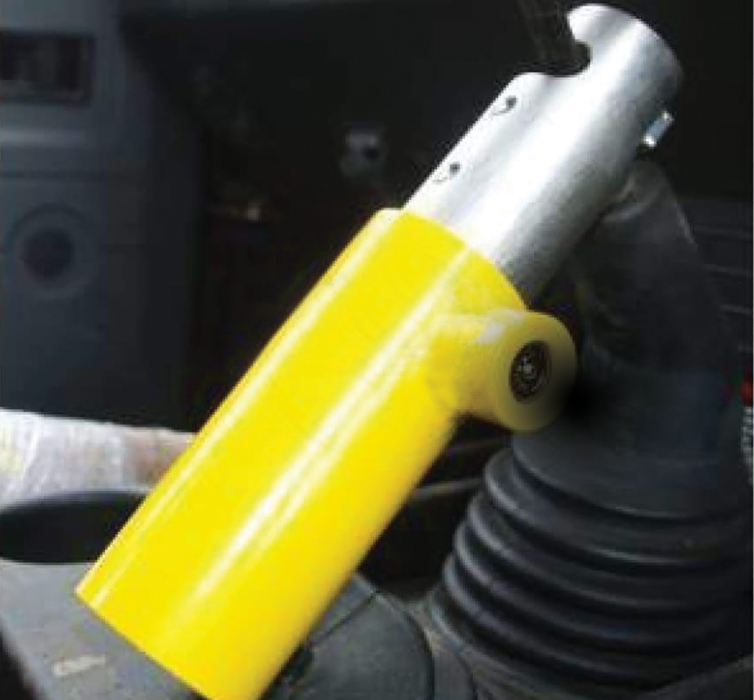 X-Defend do a gearstick lock for the R380 and LT77 (£74.99) gearboxes, it’s made from the same strong tubing used on roll cages. They’ve used the hardened and tough-to-pick Lowe & Fletcher lock barrels. Deploying this lock is quick and easy so no excuses for not having it in place. 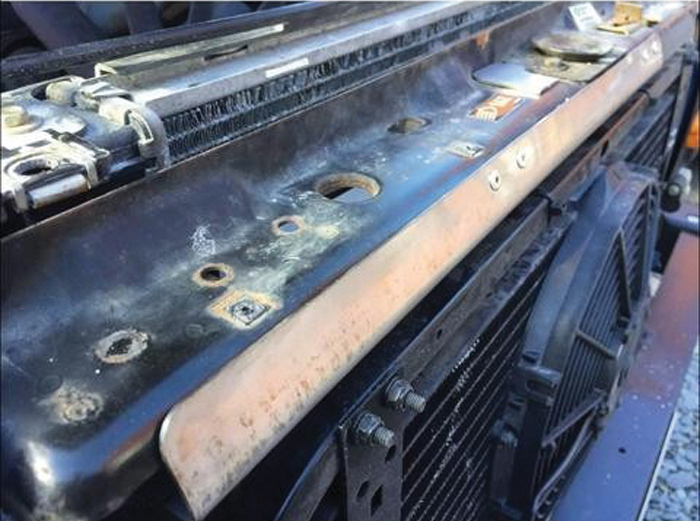 Stop thieves in their tracks before they get to your Defender. Can you install a lockable gate? What about motion-activated security lights? A lockable security post or ground anchor will act as a deterrent. 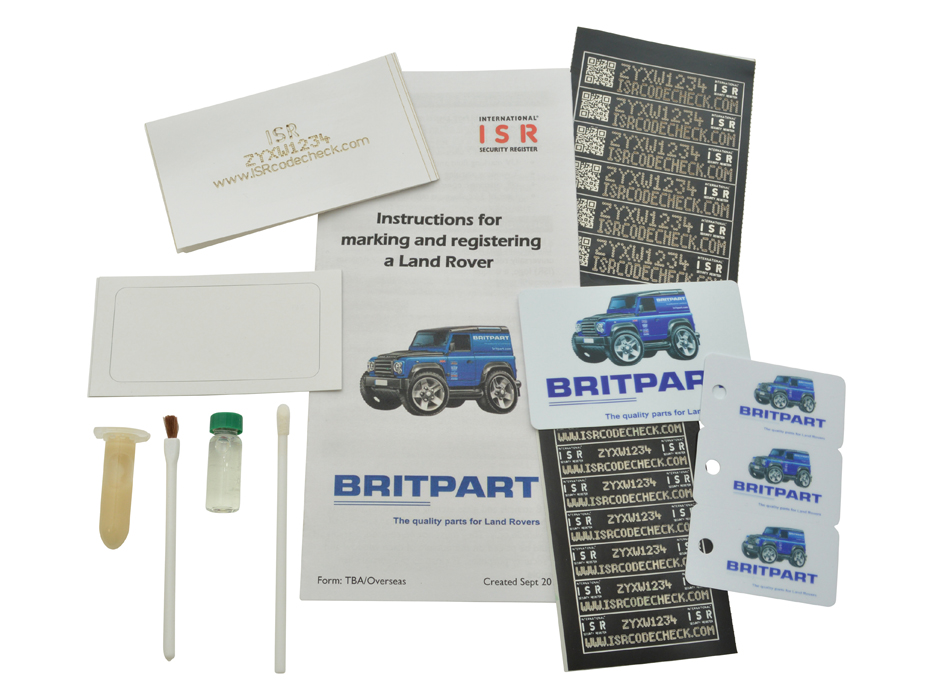 Several companies offer unique DNA markings for your Land Rover. I have marked loads of different parts of my Defender using Selecta DNA (selectadna.co.uk) while Britpart have a very similar product. It makes identifying your vehicle or parts a whole lot easier. 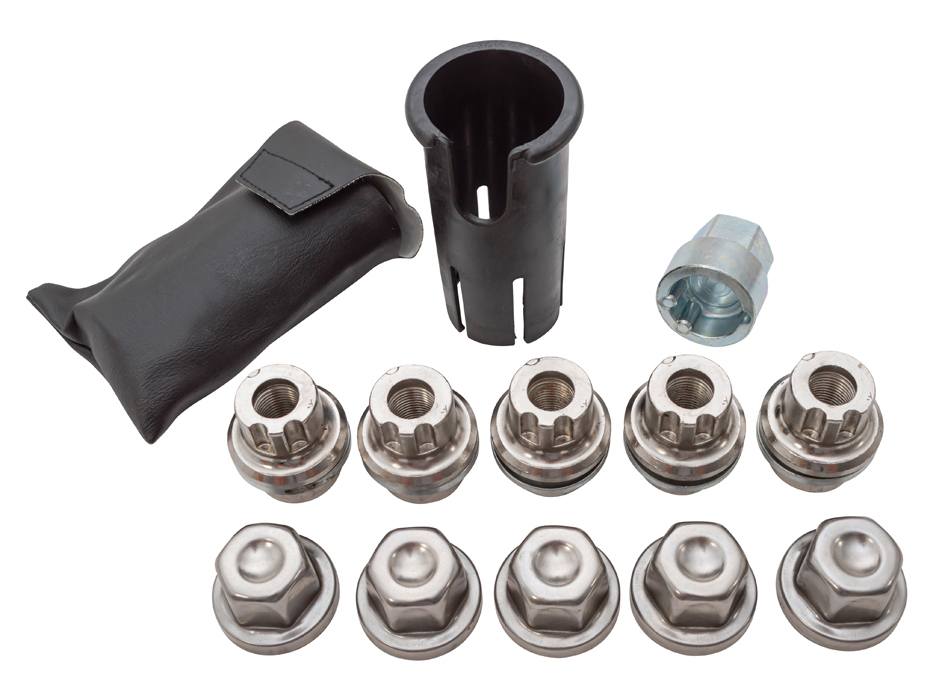 These replacement nuts are fully lockable and you won’t be able to remove them without a key. Available for deep dish alloys. Each set has one  key, five caps and five secure locks of course. Don’t lose the key. 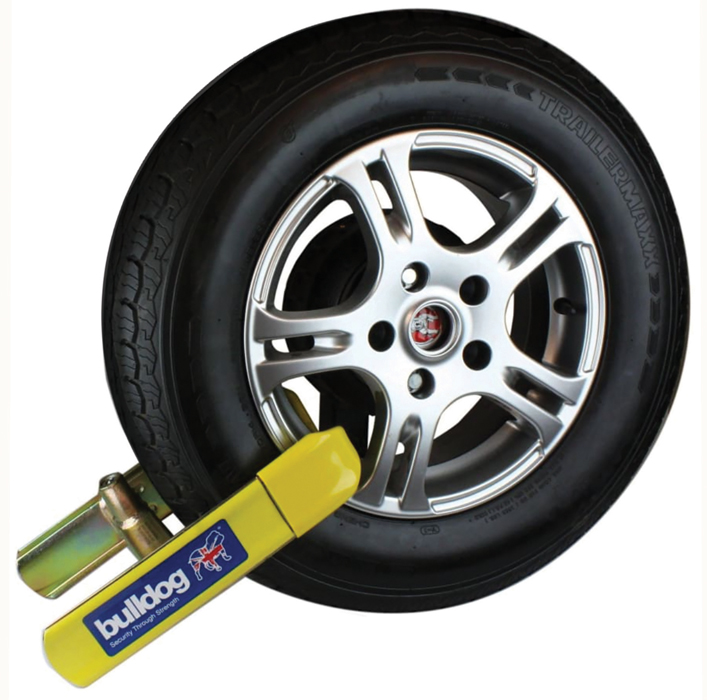 You cannot drive away with a wheel clamp attached to a Defender. Use this if your Defender is not going anywhere for a while or if it is always parked in the same place. I suggest putting it on the first wheel thieves will see when approaching your Defender. A basic Bulldog clamp is £119.99.

See many more of our favourite products here.