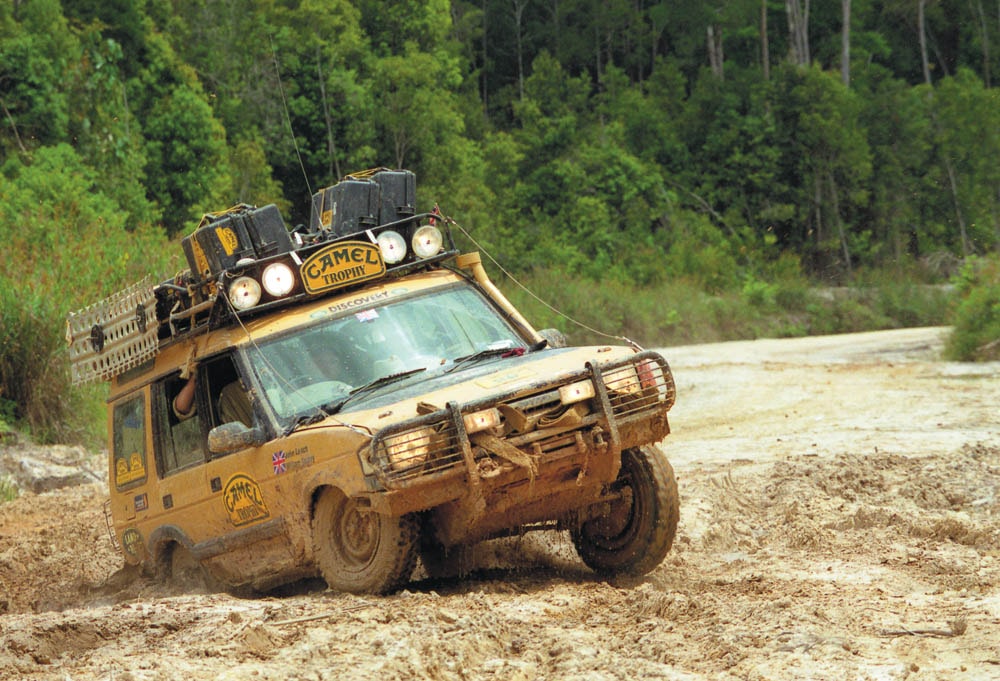 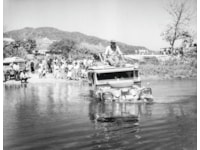 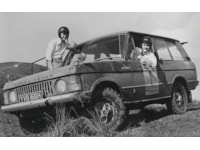 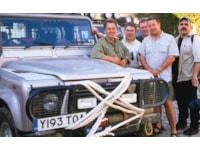 Reading isn’t just a way to pass the time, it can also indulge your passion. Alisdair Cusick recommends some great Land Rover literature to add to your library

While at home during lockdown, stifled by not being allowed out, my thoughts inevitably turned to a good book to help pass the time. Rather than make do with the Classics, or household-name fiction, I thought now is the time to take in some of the best Land Rover reading.

The legendary facts about the supposed drawings in the sand and centre steer prototypes are well known, so these aren’t just dry historical tomes documenting the shape of rivets over the decades. I assume you already have books detailing model-specific histories and development of your own particular model. Instead, the assembled  list takes in a wide mix of topics, material and subjects, encompassing everything that is great about our favourite cars, from a number of different angles. Read them all, and you’ll be entertained, enlightened, educated and quite possibly, think a little differently about your own Lode Lane product. 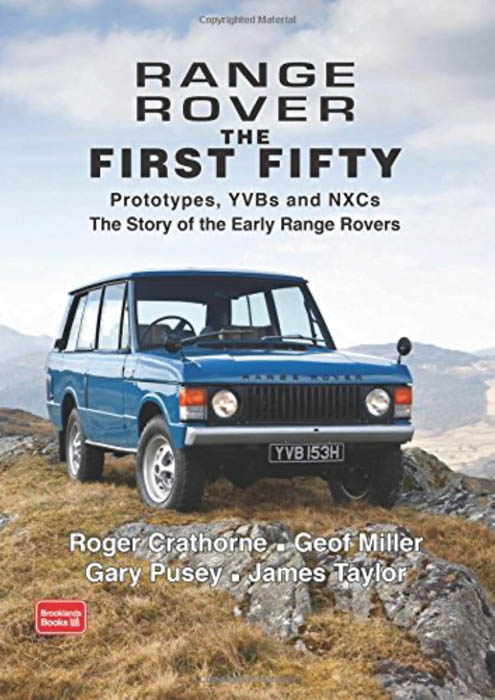 The story of the first Pre-production Range Rovers. The origins of the ‘100” Station Wagon’ project from people involved at the time, plus leading marque historians and experts. A unique book, in that details abound in not just how the car was conceived and developed, but the authors also researched what happened to the vehicles in the years since. They may have been made with a single purpose for the company in mind, but the cars all went on to be used and owned by everyday people. A super insight into the lifetimes of each vehicle, detailing work, accidents, restorations and human input over half
a decade. 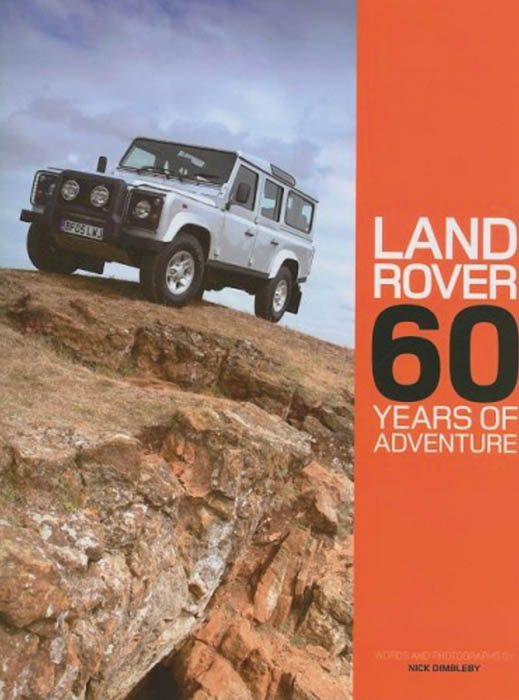 Since the late\-1990s, if Land Rover launched a new vehicle, did a PR event, or developed a new model, Nick Dimbleby has almost definitely been there for them, capturing images for the company. A great coffee table book, showing not just the range of Lode Lane’s output, but the many and varied expeditions, events and activities those cars have done. Never mind the standard of his photography, what stands out is Nick’s dyed-in-the-wool enthusiasm for the marque. 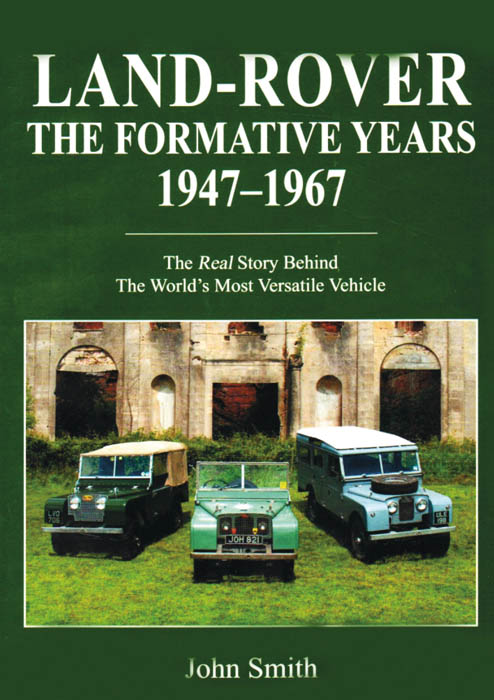 Regarded as the first and best history of the first two decades of the Rover company and the Land Rover. Put together over 25 years, Smith had the co-operation Stephen Wilks, and even used Gordon Bashford’s personal Land-Rover development notes and sketches in researching the book. A feat of historical research, if you want to know absolutely everything about Series I and II, this is the book to have. Engrossing. 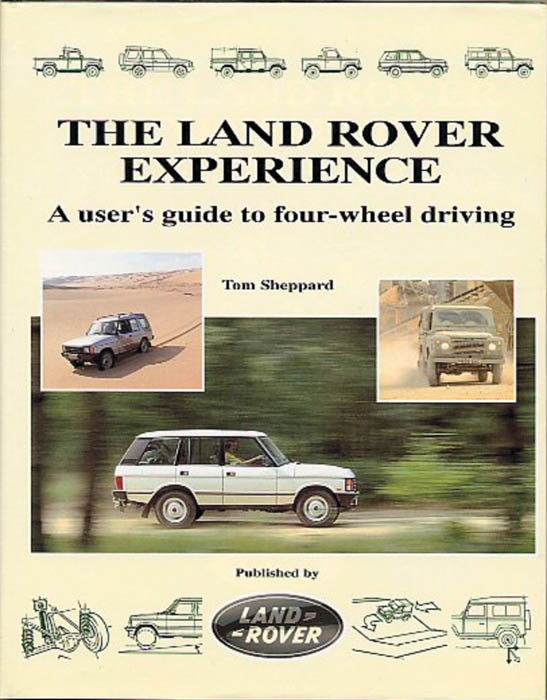 An instant classic, this describes all you need to know, in encyclopaedic detail, about driving off-road. Clear information, clearly illustrated and well photographed by an author who has done it all, and passes that knowledge readily. A must have that you’ll be forever returning to for reference. 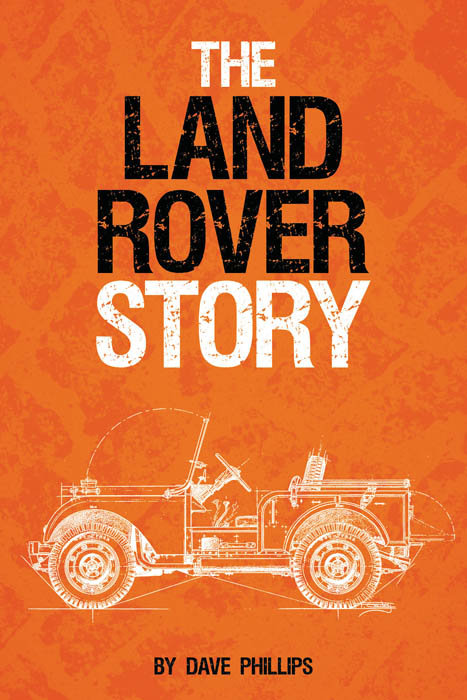 We all know LRM’s Dave is into his Land Rover, but this book is on the list not because he writes for the magazine, but because it frames Land Rover against all that was happening in the world at the time, taking in the social history of Britain and the motor industry. More than just a ‘what happened when’, it is the story from the people behind the vehicles, referencing developments with the world outside the factory gates. 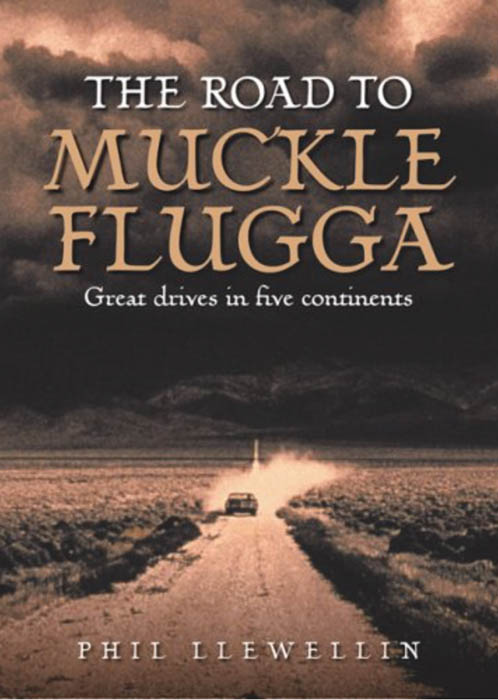 A collection of drive stories from all over the globe. Only one story involves a Range Rover, but all contain a lesson in great writing about cars, engineering and travel. To many, Llewellin set the gold standard in automotive writing; then, and now. Read it, and take in a master at work. 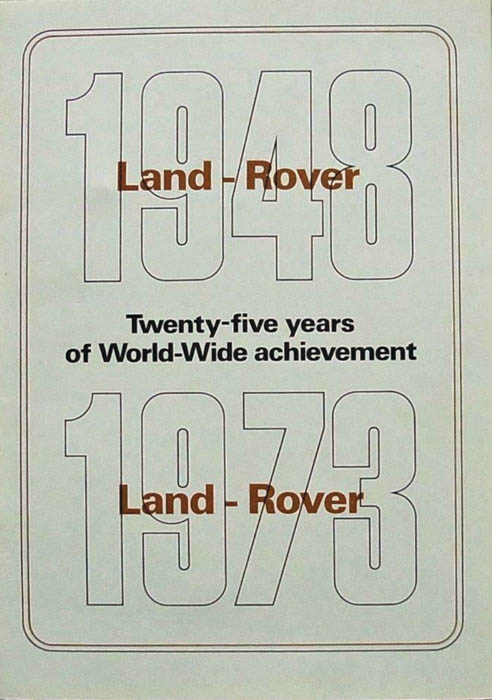 A collection of period road tests, any of the Brooklands Books series will be interesting reading. In-period reviews give a real insight into the launch, perception and development of Land Rover models from that point in time. Judged and written about in seemingly charming ways compared to today, where five star consumer ratings are seemingly awarded to secure editor’s long-term test cars. Brookland’s archived tests make you see your own car in a new light. You’ll dip into these old road tests again and again. 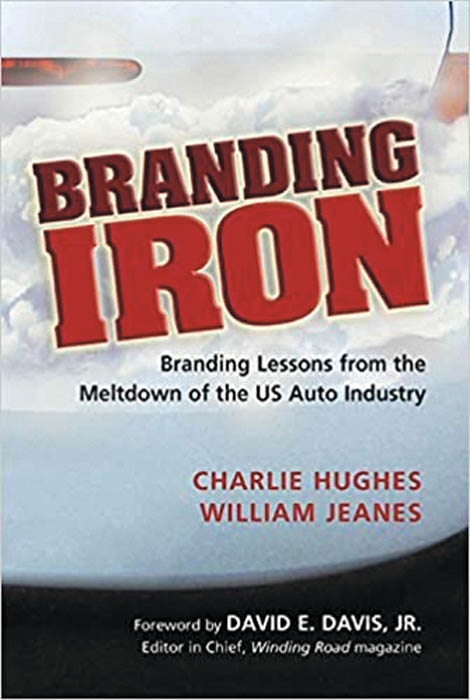 A super insight into the boardroom of Land Rover, dealing particularly with launching the Range Rover in North America. The book tells the story how to plan launching a 17-year-old product, to a market that didn’t exist. Hughes and his team’s method went on to alter how automobiles were marketed and sold in the United States. One of the best reveals to the workings of ‘inside’ the company. 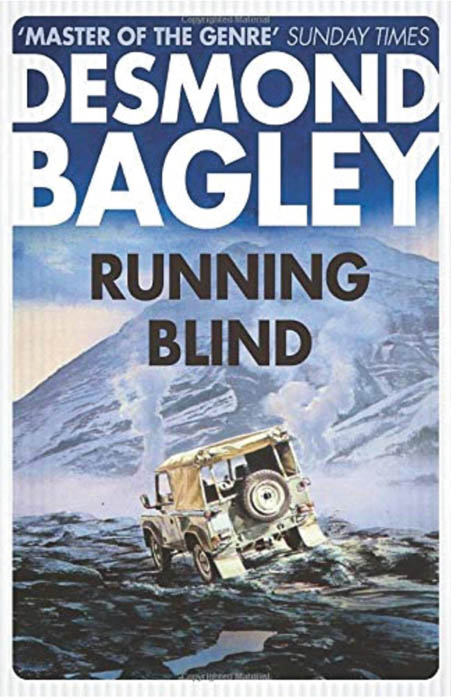 A straight up escapist spy thriller, with a Lode Lane lilt. Set in Iceland, the central character – an ex-UK spy, Slade – is asked to deliver a parcel to Iceland. But nothing goes to plan. Chased by various agents, Slade uses his Land Rover camper to escape his pursuers. More than just a getaway car with a passing mention, the story repeatedly talks about many details of the Land Rover. How many books do you know of that talk about the final drive ratio of a Land Rover in low range? 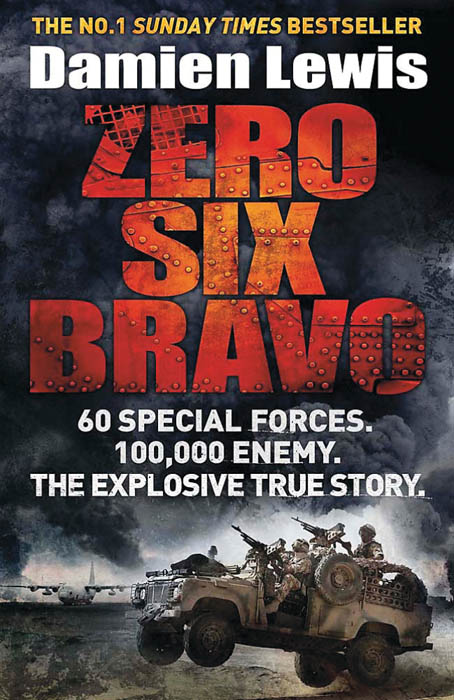 Account of a 2003 UK Special Forces mission, driving 20 Pink Panther Land Rovers 1000 kilometres behind enemy lines in Iraq to face an enemy hunter force of 100,000. We cherish our civilian Land Rovers, and all are familiar with seeing military Pink Panthers at shows each year. This book details how the toughest soldiers put those specialised 110s to serious use as weapons of war. Enlightening, inspiring, and equally chilling, both in terms of what Special Forces soldiers get put through  – and how their weaponised Land Rovers cope and get treated, when pushed to the absolute limits of combat. 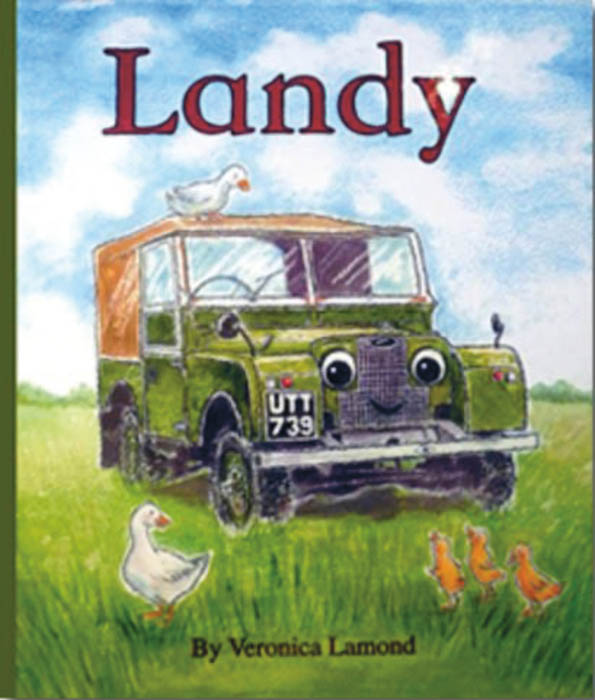 We’ve seen many Land Rover artists for years, chiefly the enjoyable  Pete Wilford (well worth chasing copies of his cartoon books), but it took Lamond to turn the cars into a range of eight books. Beginning with every Land Rover enthusiast’s dream of restoring a dilapidated Series I, the books introduce different Land Rover models and adventures, inspired by seeing the cars at work. A great way to share the Green Oval  passion between generations, anyone with a family will love reading them, being read to – or even learning to read with them. 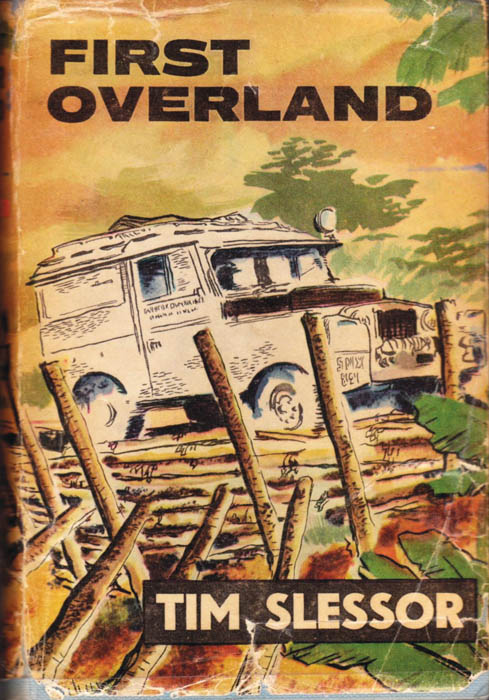 The classic Land Rover adventure story, told by one of the members who did it. Regarded as possibly the greatest travel story involving a Land Rover. A literary window into so many worlds which simply will never be the same. The book captures the human story throughout the journey, with humour, detail and cultural sensitivity.