Defender tuner, Twisted Automotive, has launched two new powertrains. The T-V8 is based around General Motors’ supercharged 6.7-litre Chevrolet LT1 small block V8 and is claimed to be the fastest Defender ever to leave Twisted’s factory, while the T-VS is a 2.3-litre four-cylinder turbocharged petrol engine that is compliant with London’s Ultra Low Emissions Zone (ULEZ) regulations.

Developed in conjunction with Twisted’s US engineering team over an 18-month period, the T-V8 produces more then 450bhp, as well as 500-lb ft of torque. Extensive modifications were carried out to the GM ‘crate’ engine with more than half the components re-engineered by, or for, Twisted. Bespoke parts include the engine’s cooling pack, fluids pipework, complete fuel system, adaptors and mounting plates.

Also new are the interior console, dash and myriad mounting brackets, a full cabin cooling package and a stainless steel exhaust system. The blown V8 is teamed with a GM-sourced eight-speed torque converter automatic gearbox. Uprated brakes and suspension components are also available to cope with the considerable increase in performance.Prices for the T-V8 start from £90,000. 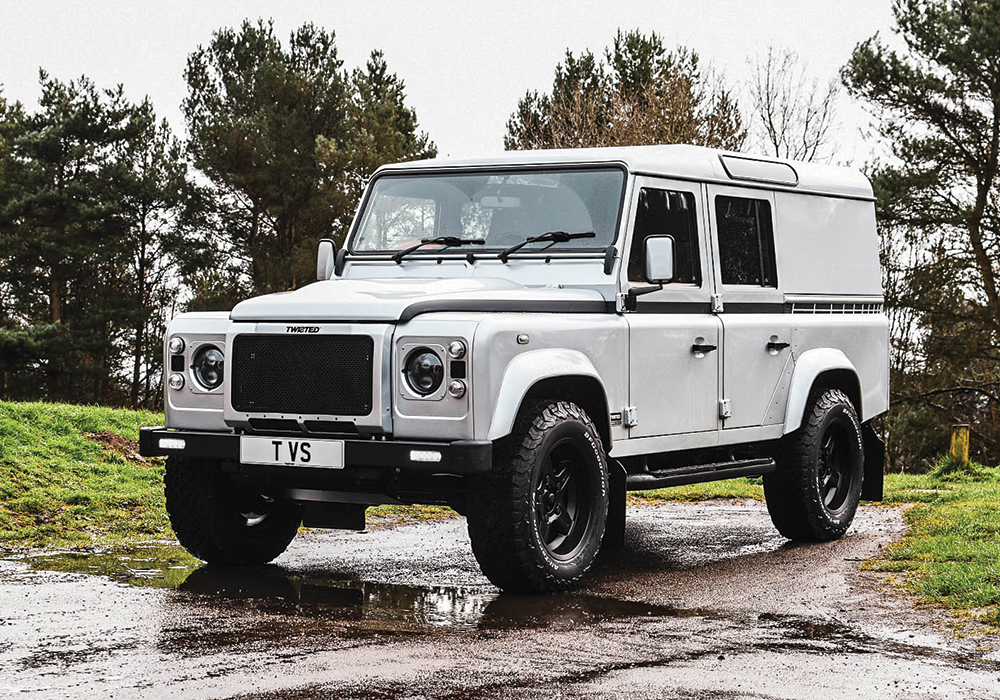 While the T-V8 majors on noise, pace and drama, the T-VS is intended to keep a lower profile, at least when it comes to emissions. A brand-new development by Twisted’s UK team, the 2.3-litre four-cylinder turbocharged petrol engine produces 308bhp, is hooked to a six-speed manual gearbox and is ULEZ-compliant.

Good emissions performance may be at the heart of the T-VS, but it’s no slouch – 0-60mph in 8 seconds, a top speed of 120mph, and the ability to pull strongly in sixth gear from as low as 50mph. Twisted claims that it is the perfect solution for the conscientious city-dweller, in that it is smooth and nimble yet retains the Defender’s endearing traditional character. Prices for the T-VS start from £48,000.