And the winner is… Gary Pusey 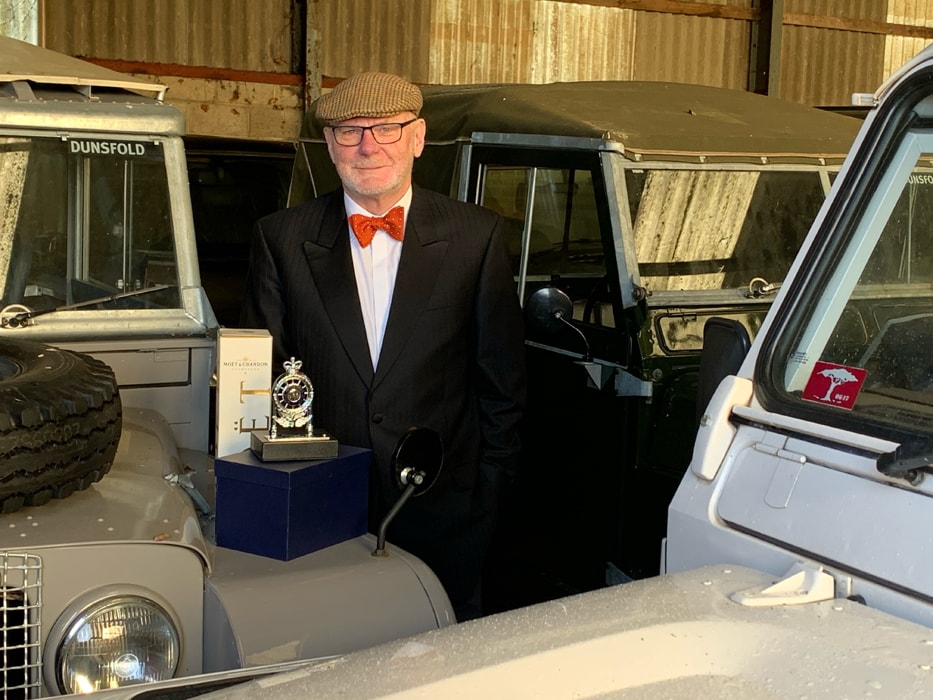 LRM is very proud of our man Gary Pusey. All dressed up and no-one to celebrate with. 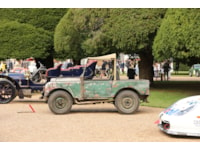 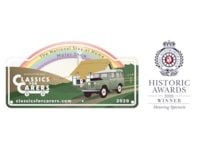 Land Rovers took the centre stage at the 2020 Royal Automobile Club’s (RAC) Historic Awards. Yes, it might already be 2021, but the awards ceremony, which is usually held at the RAC’s impressive Pall Mall HQ in London, was delayed in an attempt to see if members could attend. COVID decided otherwise and eventually the decision was taken to host an online-only ceremony, with the category winners announced last night! It was most definitely worth the wait as Land Rovers dominated the awards from start to finish.

Gary Pusey, the LRM columnist and editor of our Classic section, walked away with the Outstanding Journalism award for his piece entitled ‘The Wildlife Conservation Pioneers’ which was published in our November 2020 issue. This award-winning piece is the heart-warming story of Ted Reilly and Jezebel, the Series I, who together created the enduring legacy of Eswatini’s national parks. This is how Gary describes it. “This is a story that was relatively unknown, it involved vision, self-sacrifice and quite a bit of bravery.” You can read this incredible award-winning story here but before you do just that, this is why the panel of judges decided to declare it the winner. “This was a fresh and fascinating story, painstakingly researched and expertly written. It struck the perfect balance between the need to discuss the minutiae of the Land Rover's history and restoration and its far wider conservation activities.”

The story of Ted and Jezebel forms part of a series in LRM known as Land Rover Legends, which has featured some of the biggest and most well-known characters who have helped to significantly shape Land Rover’s path. These include Mr Land Rover himself Roger Crathorne and  many others who have contributed to the enduring legend of the Land Rover, either as engineers, designers, visionaries, company employees, adventurers, explorers, enthusiasts, collectors or restorers. While no-one might’ve heard of Ted Reilly and Jezebel, the Series I, prior to Gary’s article, they certainly have now.

The award for the best restoration went to JUE 477, the first-ever production Land Rover. LRM recently did an exclusive interview with its ace restorer Julian Shoolheifer (see our December 2020 issue) who, along with his team of experts, did the superb, yet sympathetic restoration of arguably the most historically significant 80” Series I. LRM were also there in September 2020 when JUE 477 won the best 1940s Vehicle at the Concours of Elegance at Hampton Court Palace in London.

The final Land Rover star of the night was Nick Chivers, winner of the Motoring Spectacle category. Remember the UK’s first lockdown? Seems a lifetime ago. It was then that Series III owner Nick arranged his ‘Classics for Carers’ event which raised £17,500 for NHS Charities. While this ‘stay at home’ motor show was open to all classic car owners, it was undoubtably the Land Rover owners of the UK, who best supported it. While 2020 might be a year to forget, the actions of three extraordinary men (Gary, Julian and Nick) have given Land Rover enthusiasts something to be cheer about. Top effort chaps!