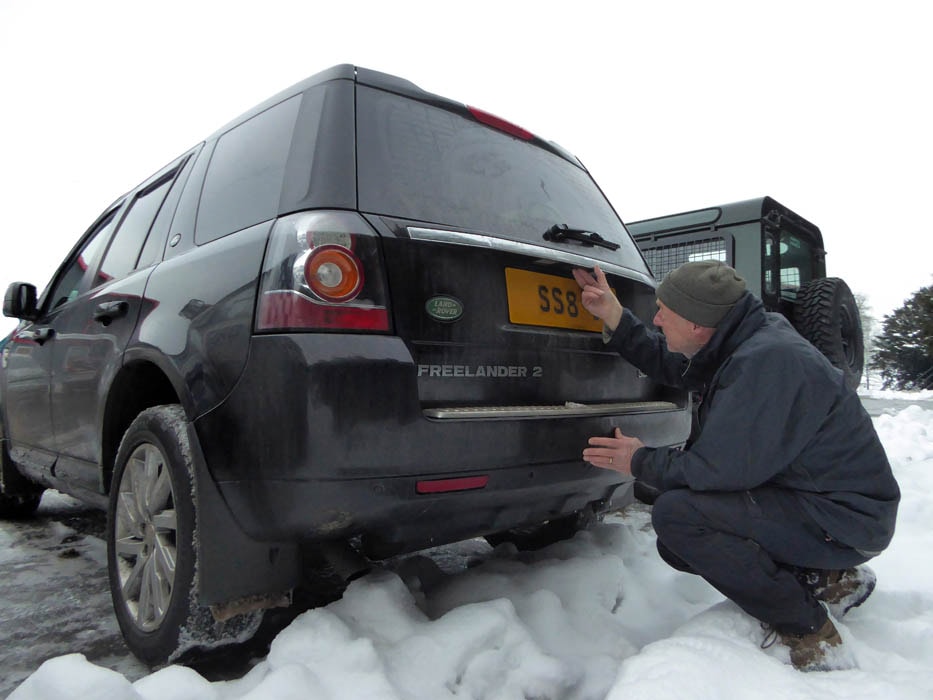 Erratic tailgate lock, or does it just refuse to open? Dave Barker has the DIY answer 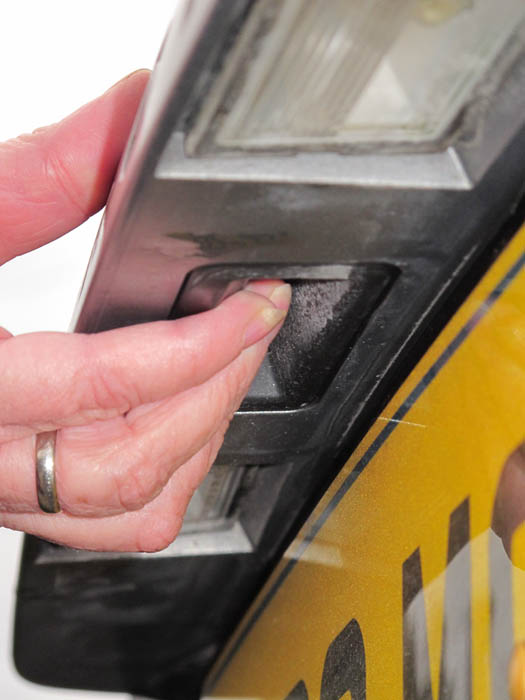 The tailgate lock on this 2011 10-plate Freelander 2 was not working correctly and was described as “having a mind of its own” by the vehicle’s owner. The tailgate was sometimes unlocking and opening on its own, or whenever any of the four doors were opened.

Also, if the tailgate was shut, it could at times open and unlock when the doors were locked using the central locking. And, if closed, it would not unlock when you pressed the release handle to open the tailgate.

A replacement switch on its own is not available, as the switch is an integral part of the release handle so, when it fails, it means the complete release handle assembly needs replacing.

The release handle and switch also comes complete with the wiring, and also new style bulb holders and replacement bulbs for the number plate lamps, which have waterproof connections and make bulb replacement easier.

The cost of the genuine Land Rover replacement part is reasonable, and fitting is a simple job. The hardest part of the job is the removal of the inner tailgate trim panel. 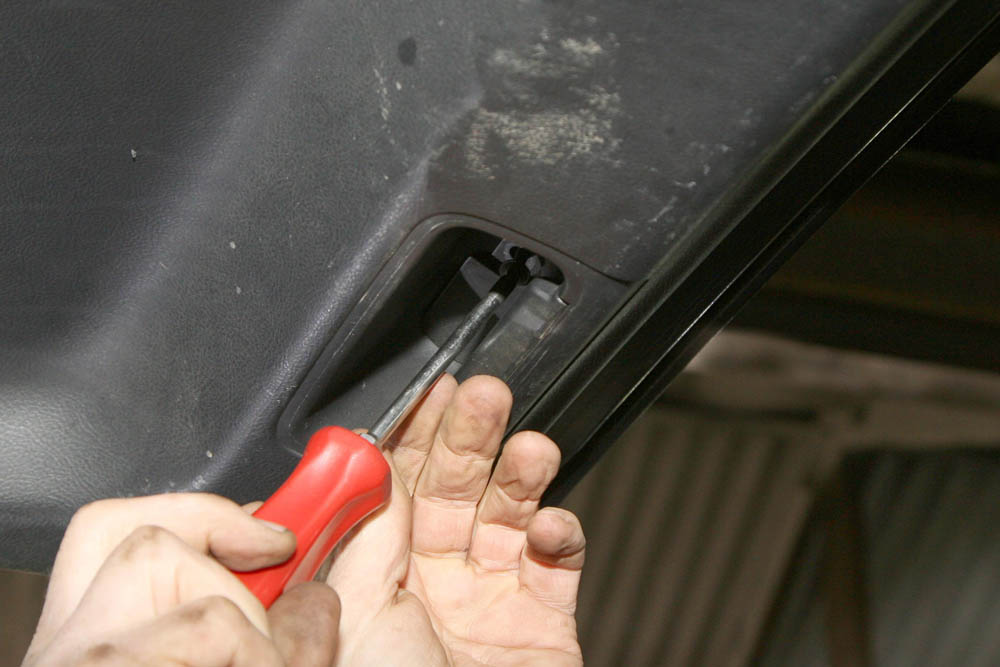 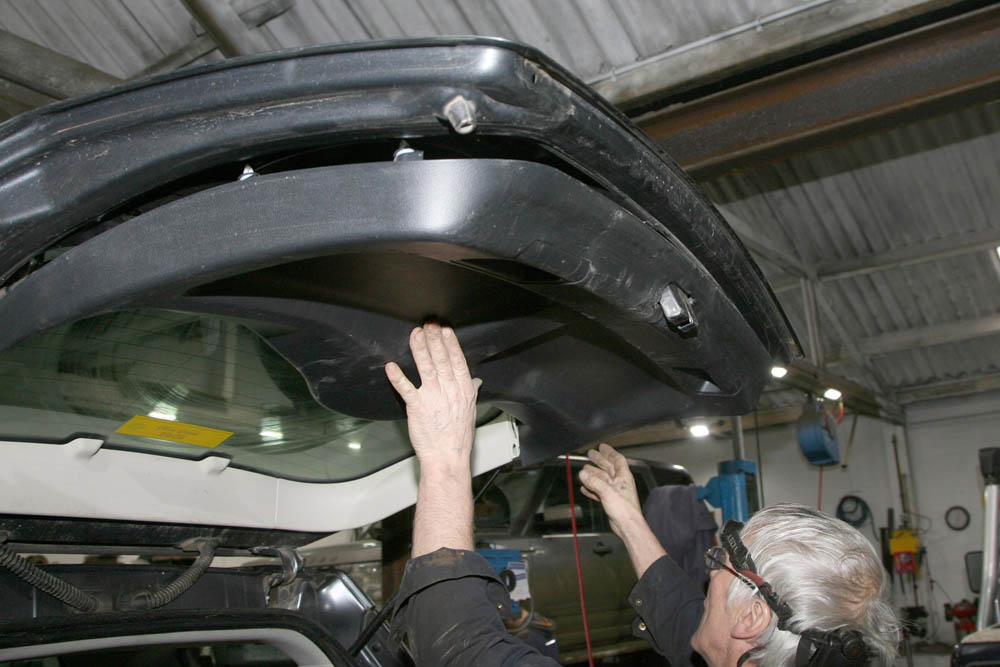 Step 2: The tailgate inner trim panel is secured by clips. Carefully ease it away from the tailgate, then lift the inner panel’s top edge upwards to release it. 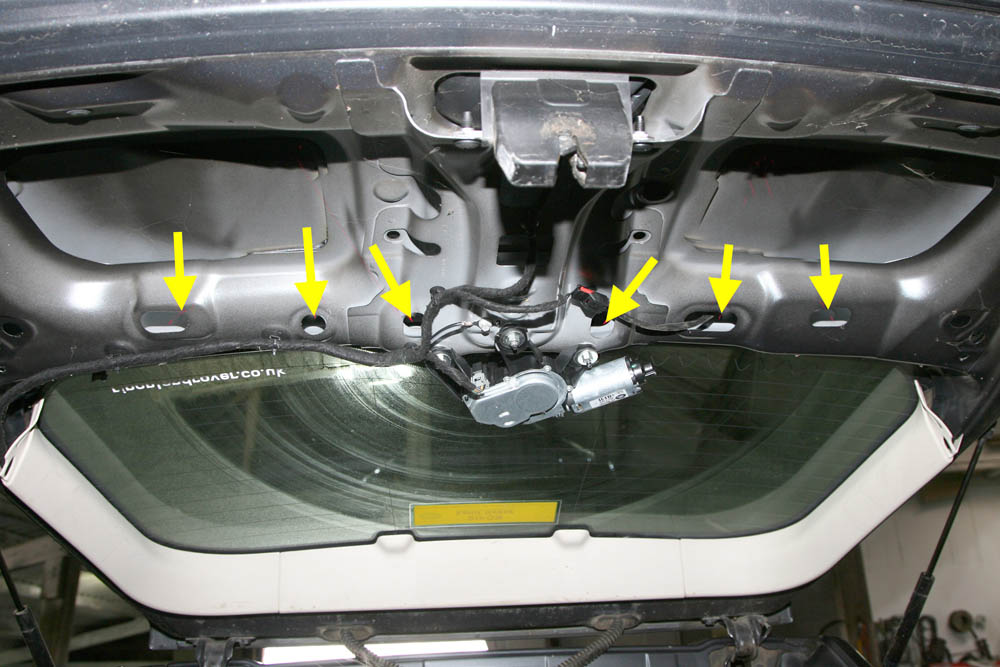 Step 3: With the trim panel removed, you can now see the location of the six retaining nuts that hold the complete tailgate handle assembly onto the tailgate. 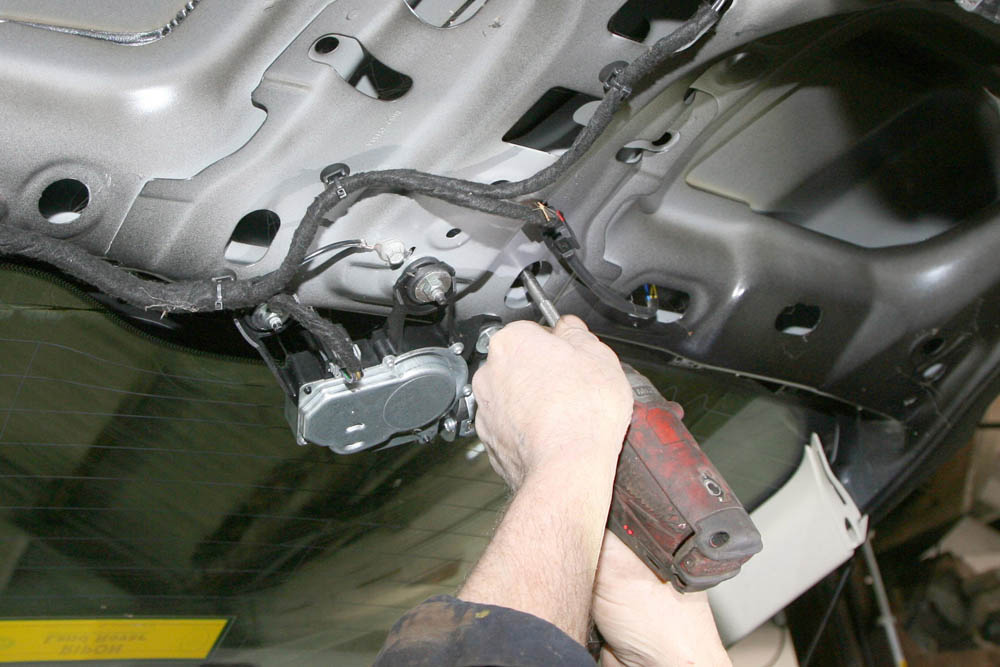 Step 4: Undo the six retaining nuts, which are accessible through the slots on the inside of the tailgate and hold the exterior handle assembly in position. 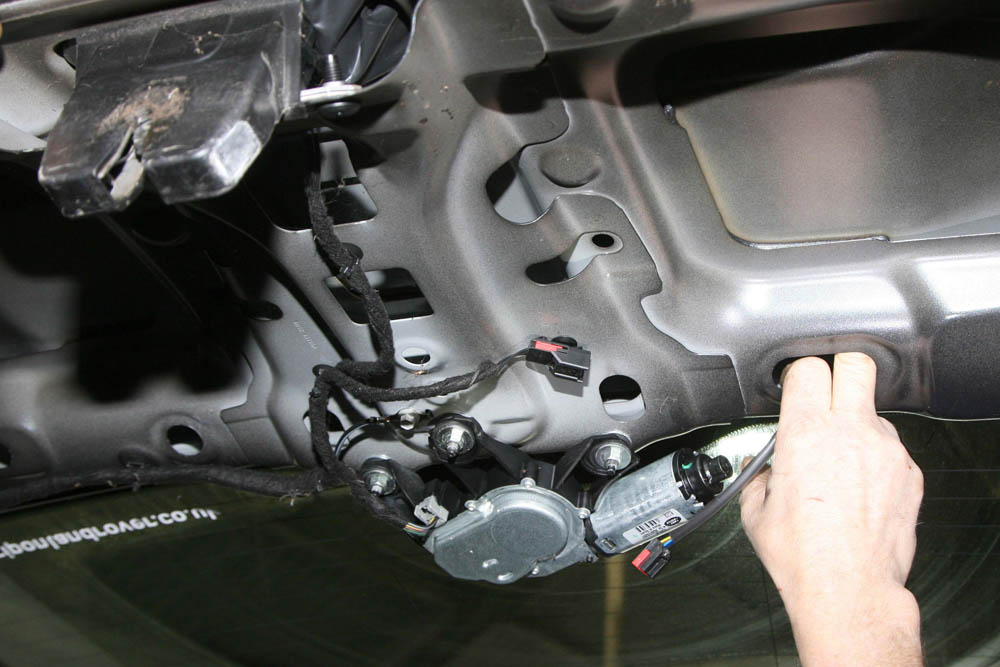 Step 5: Disconnect the cable multi-plug that supplies to the tailgate handle release switch, and feed the wiring lead through the slot in the tailgate. 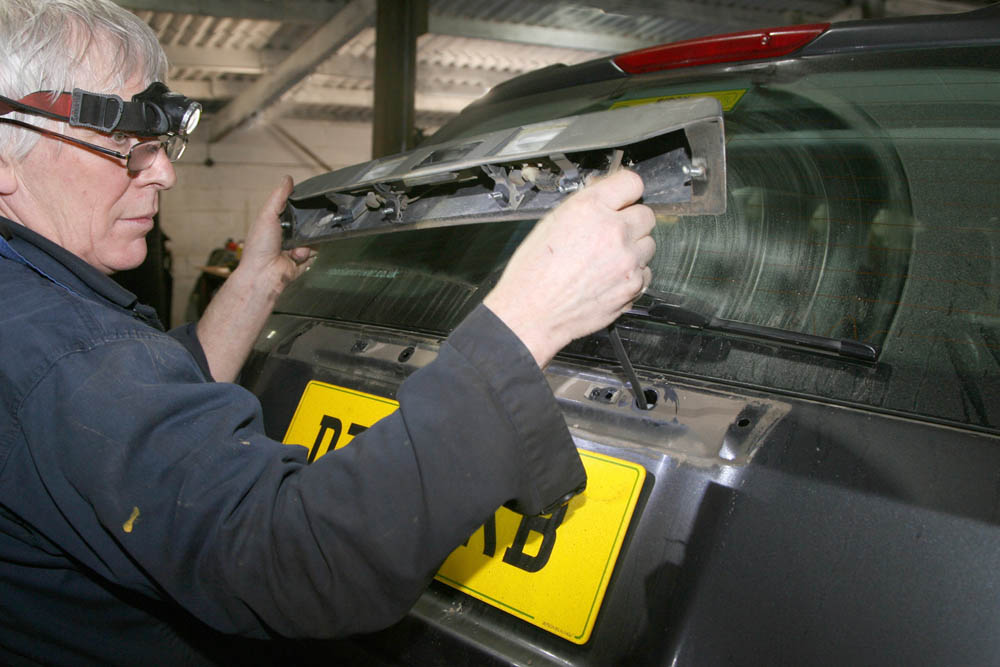 Step 6: With the six nuts now removed you should be able to lift the complete rear tailgate handle assembly of the tailgate itself. 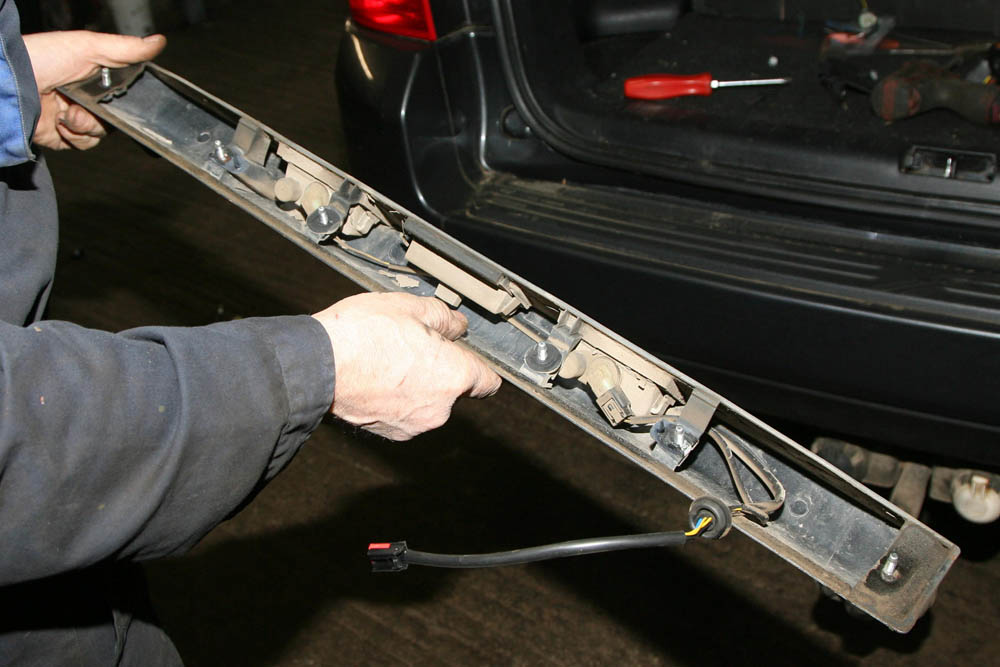 Step 7: Once the complete assembly is removed, on the underside you will now see the tailgate handle release switch and the number plate lamps’ wiring. 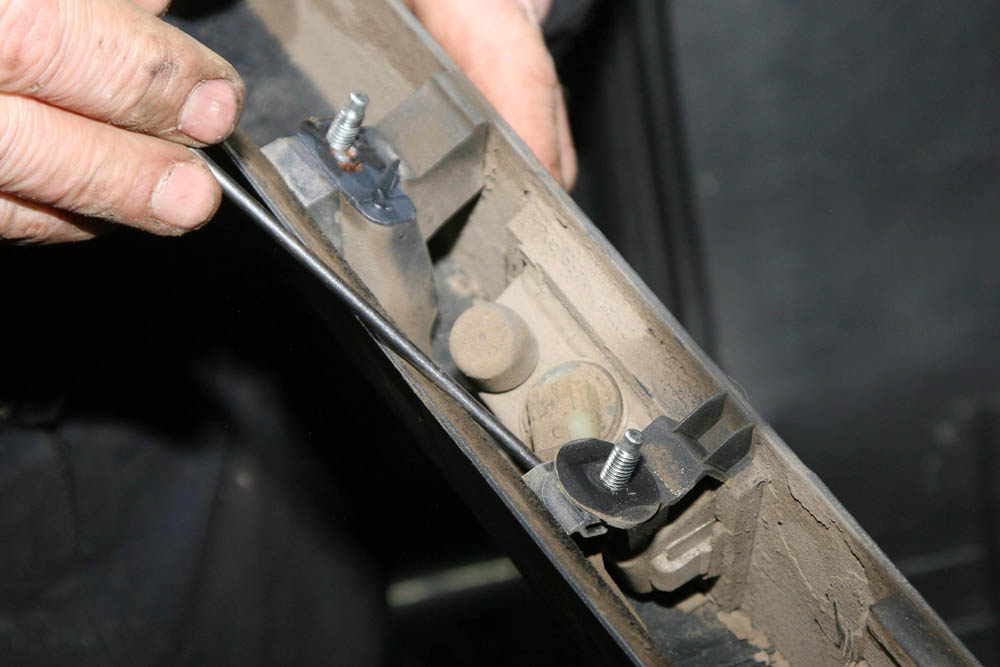 Step 8: Using a thin screwdriver or flat blade carefully pry out the clips that hold the number plate lamps in position (both lamps are the same). 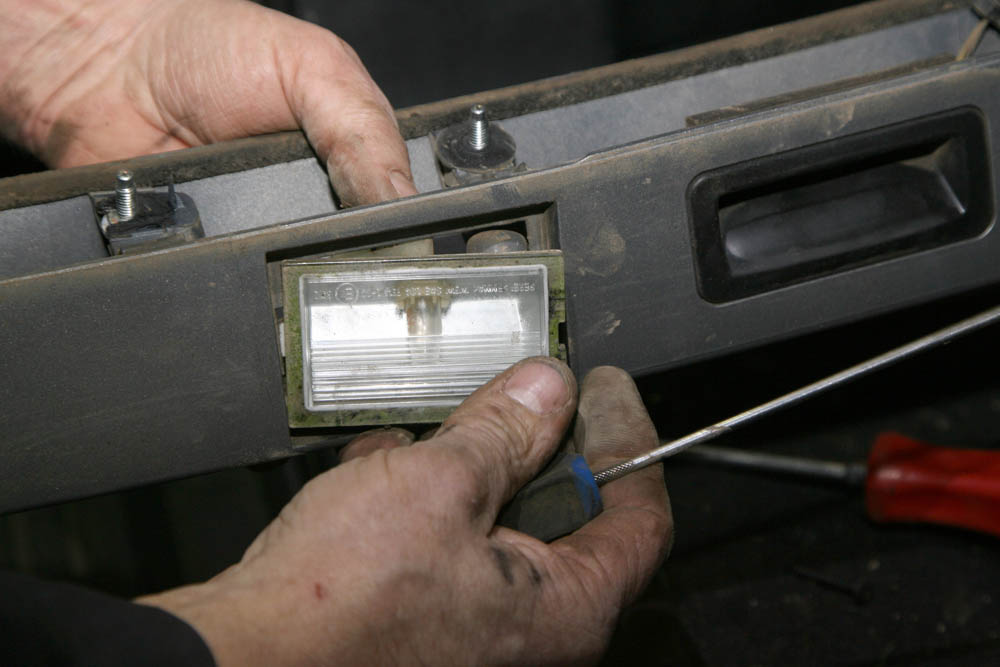 Step 9: With the clips released on the number plate lamps, and with the bulb holders still in place, both lamps can be pushed out of the tailgate handle. 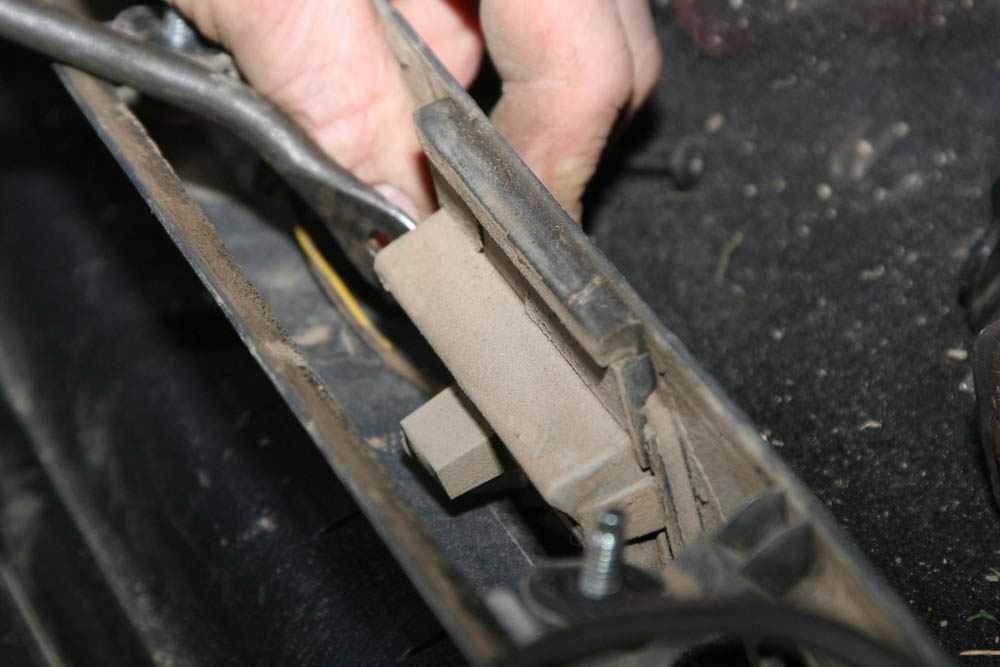 Step 10: Using a thin screwdriver or a flat trim tool, release the two clips that hold the release handle and the switch into the tailgate handle assembly. 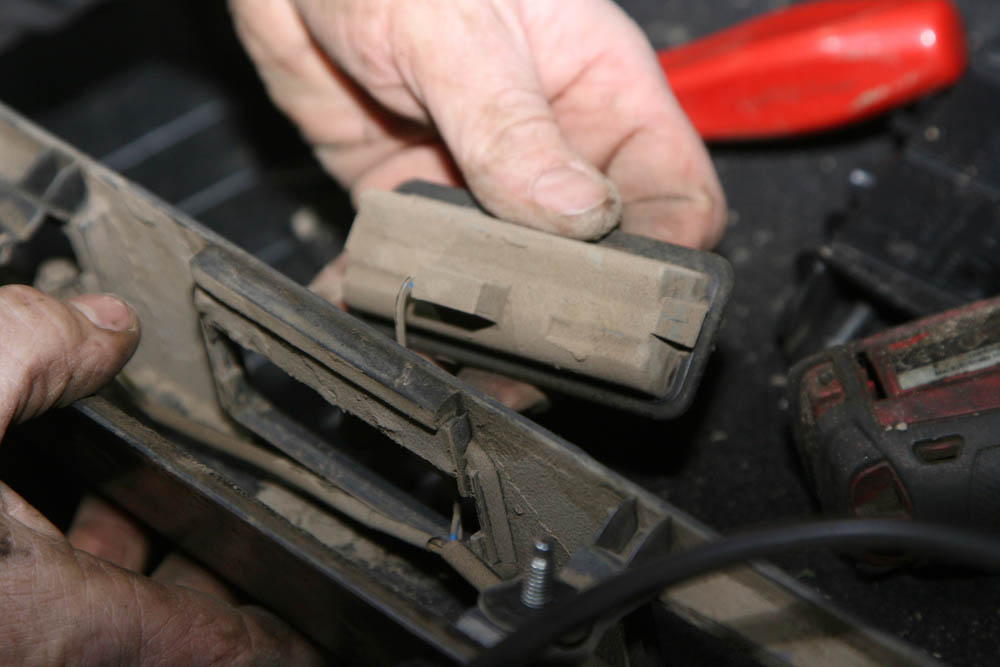 Step 11: When the clips on both sides have been released, the tailgate release handle switch can now be pushed out from the handle assembly. 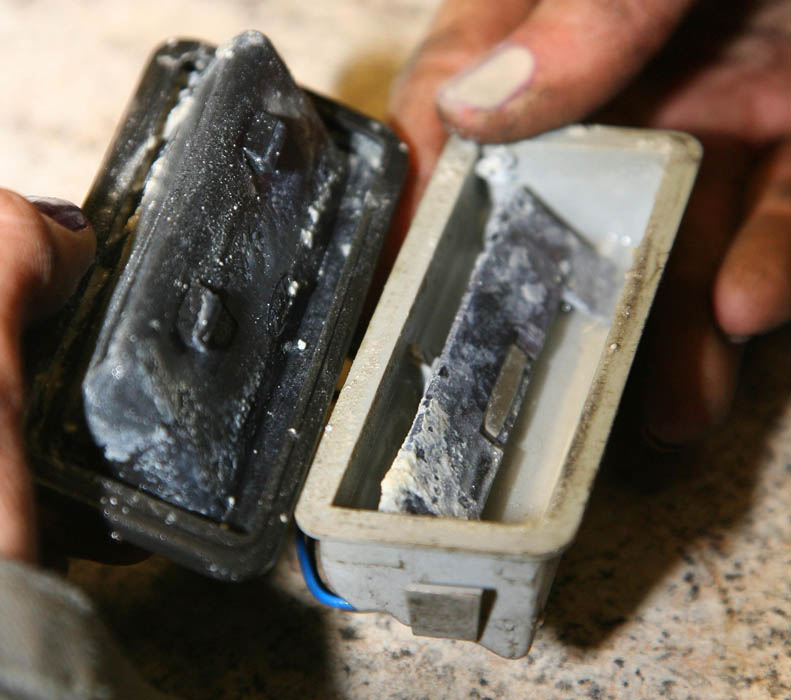 After removing the old tailgate release switch, we opened it to take a look inside. The full extent of the corrosion to switch contacts can be seen. 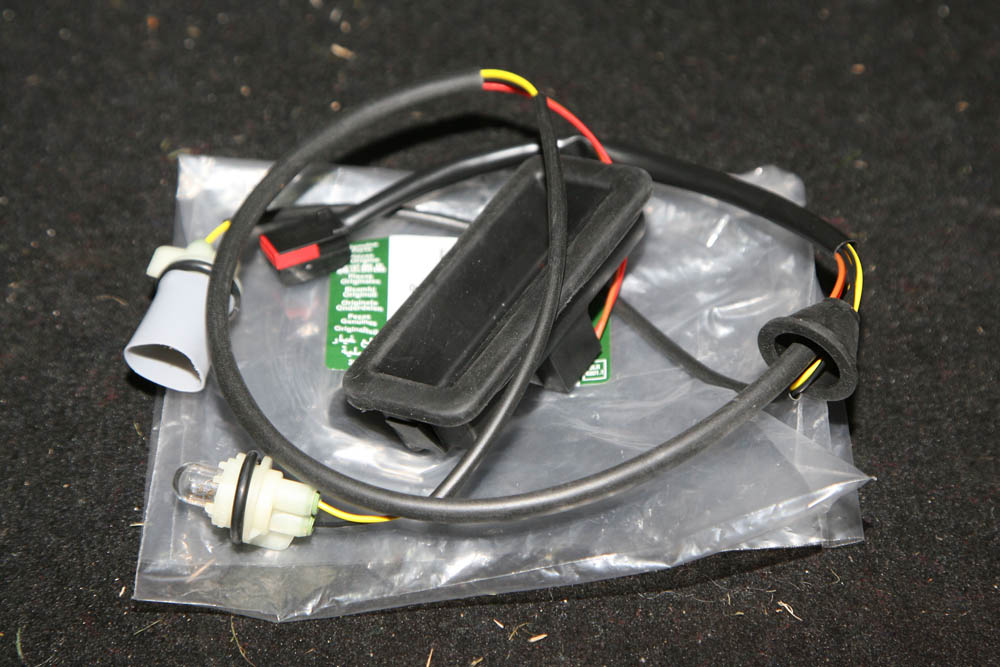 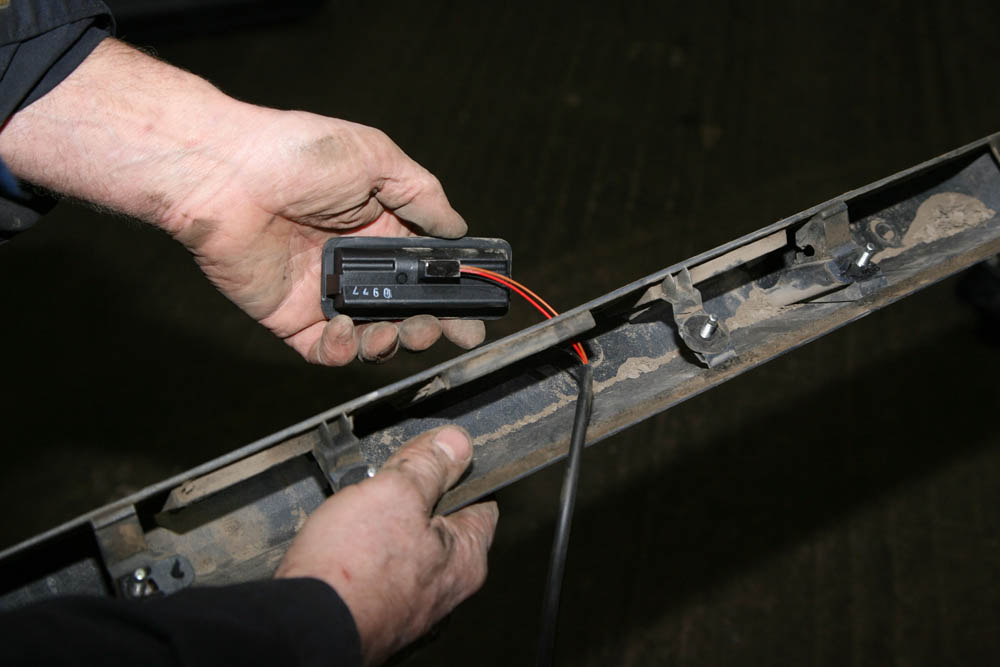 Step 2: Feed the wiring loom from the new tailgate release handle switch and number plate lamps into the handle assembly through the switch recesses. 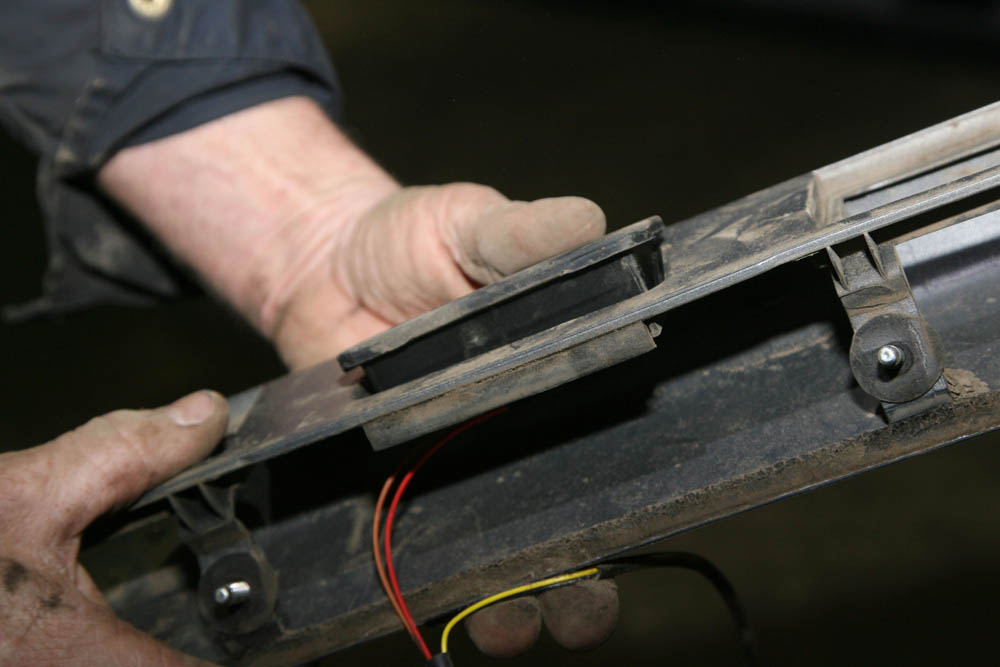 Step 3: Position the wiring from the switch, number plate lamps and multiplug under the moulding, then push in handle release switch, ensuring clips have locked. 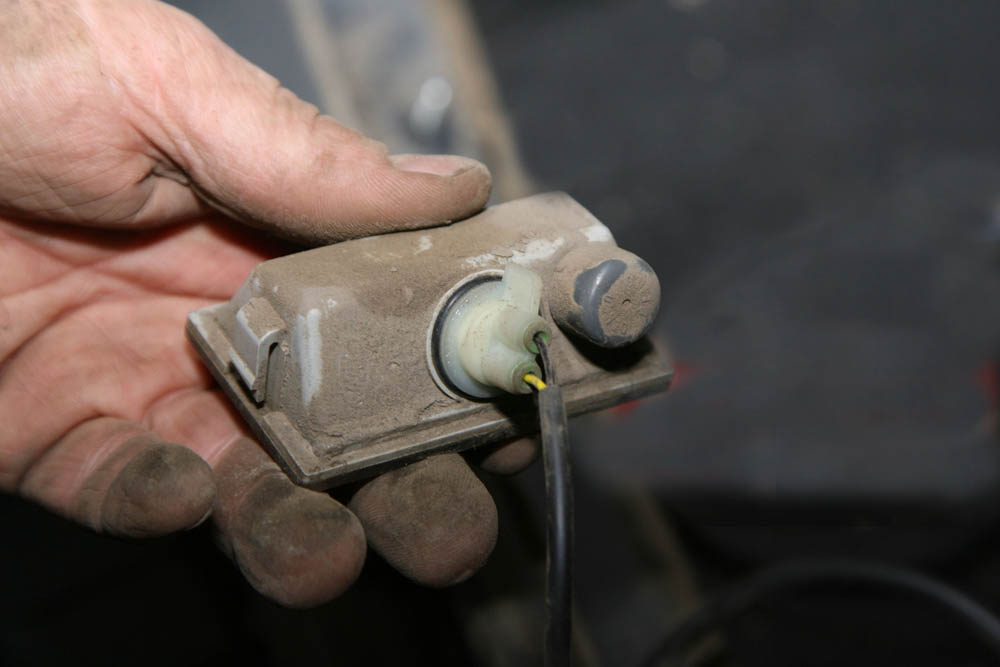 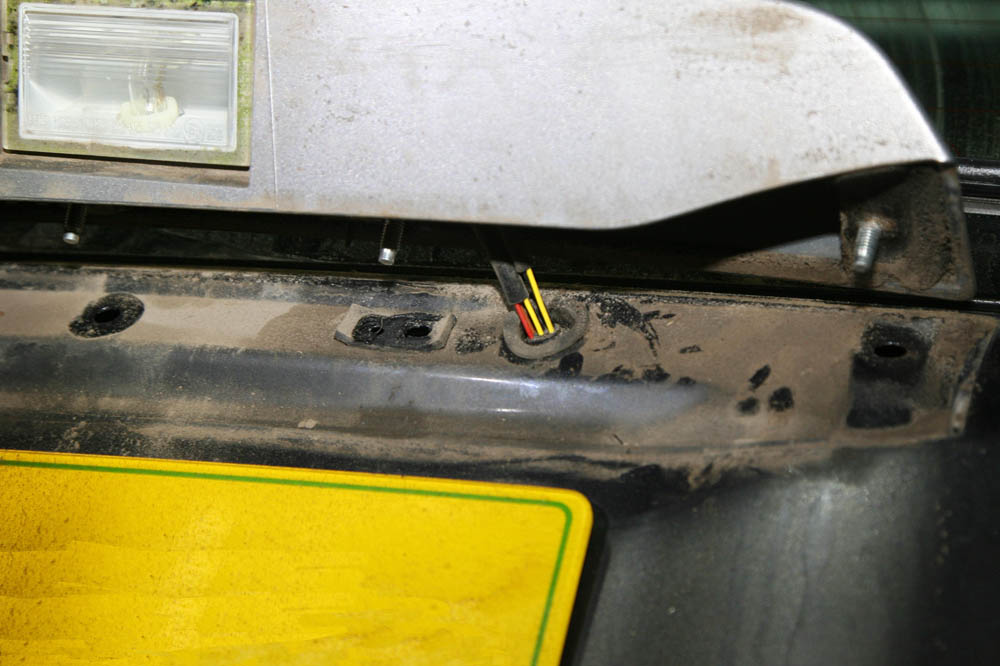 Step 5: Feed the new wiring lead through the rubber grommet and into the tailgate, ensuring grommet stays secure, then align the handle assembly onto the tailgate. 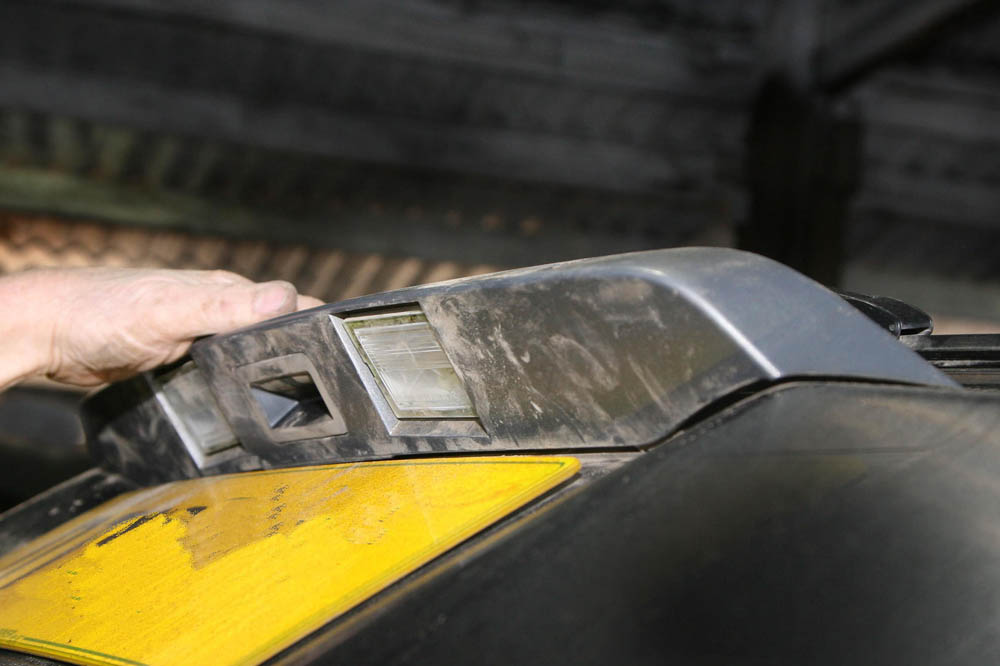 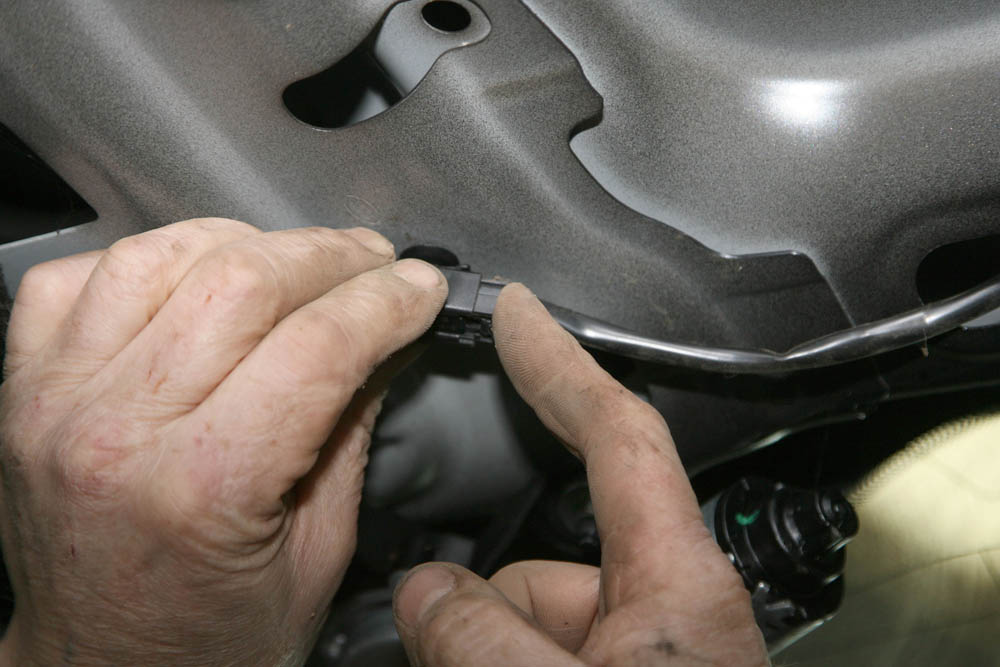 Step 7: With the handle re-installed, feed the wiring cable from the handle release switch out through the slot in the tailgate and then reconnect the multiplug. 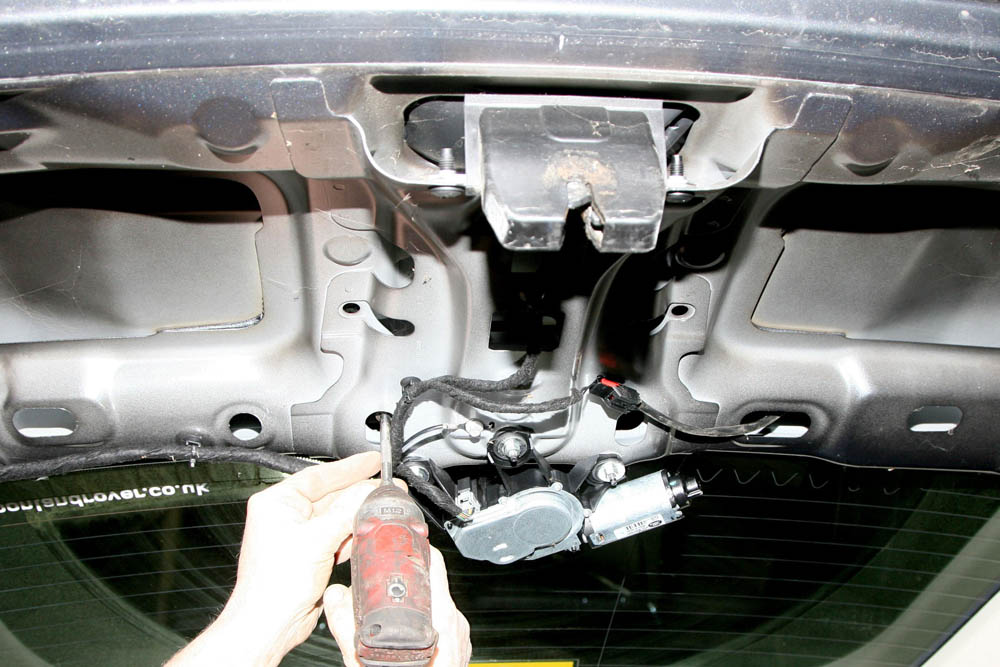 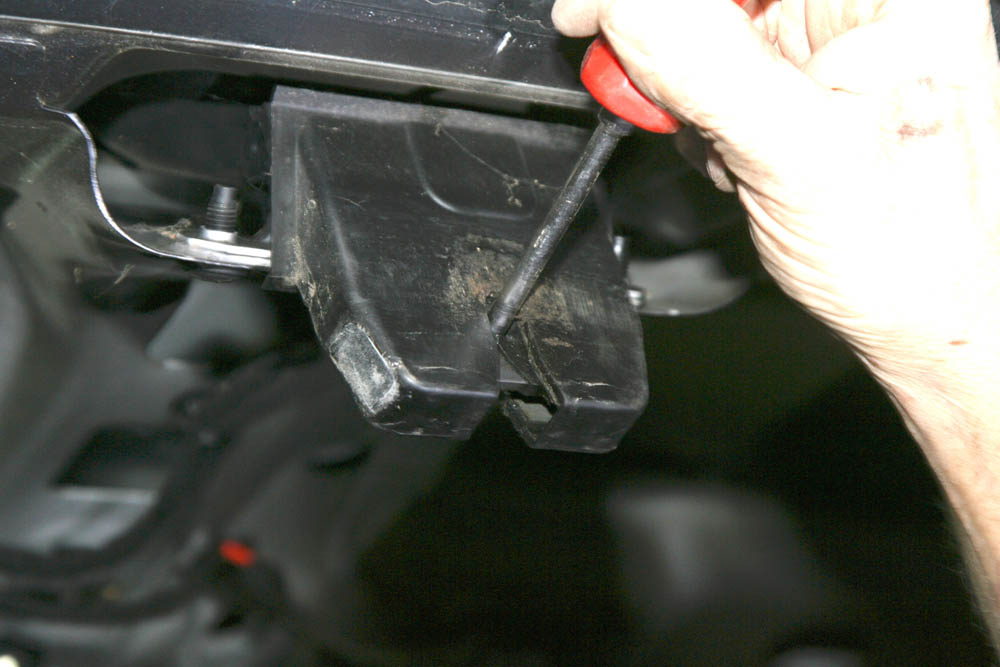 Step 9: Before going any further, it’s prudent to check that the tailgate lock is working correctly. Then the tailgate inner trim panel can be secured into position. 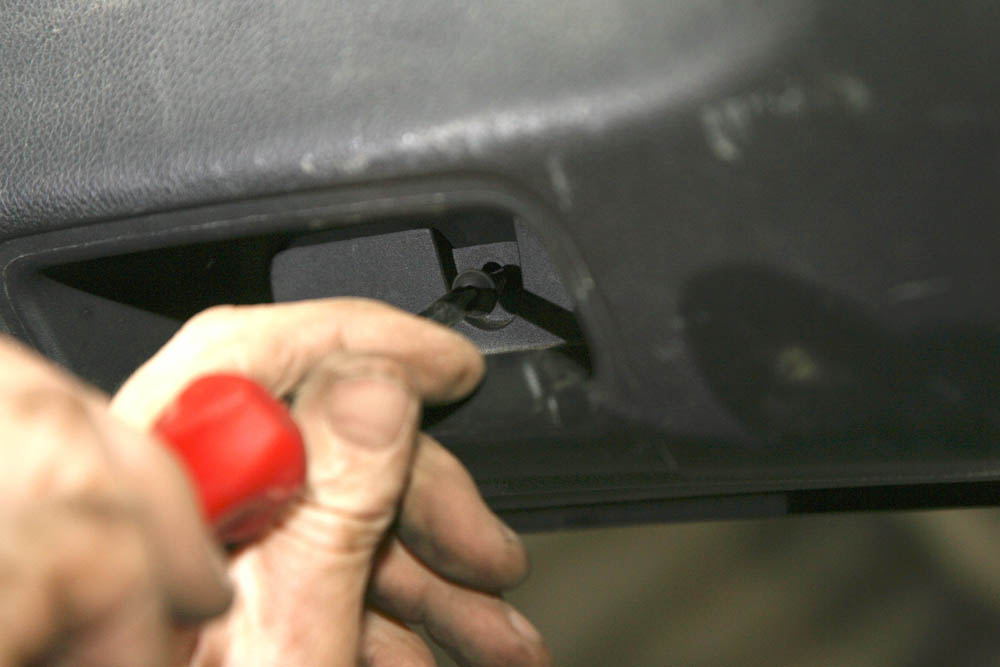 Step 10: With the trim panel refitted, position the two inner handle recesses and secure them into position with the screws. And that’s the job done.