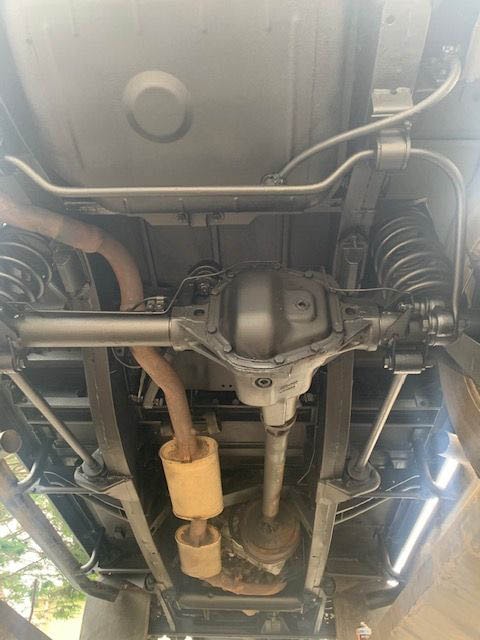 I love my Defender. In fact I would go one better and say that I am head over heels in love with it. The problem with that is so is water, sleet, snow, ice, salt, mud, muck and everything else found on British roads. While I like to think I’m good for my Defender the other things I mentioned are not. In fact, they can shorten its life, rather dramatically. I don’t want that and so I drive my 110 down to South West Rustproofing (SWRP) in Wiltshire, a business owned by Broad Lane Land Rovers. Remember them? The cool guys who put a Td5 engine into a Range Rover Classic. SWRP is Wiltshire’s only official Dinitrol UK Treatment Centre and last year they applied this treatment to 170 vehicles. Let me put this into perspective. It takes three days to do just one vehicle…

Enter Gary Hallam, SWRP’s Mr Dinitrol. What he does not know about applying Dinitrol to Land Rovers is not worth knowing. Up onto the ramp goes my 110 and off come the wheels. 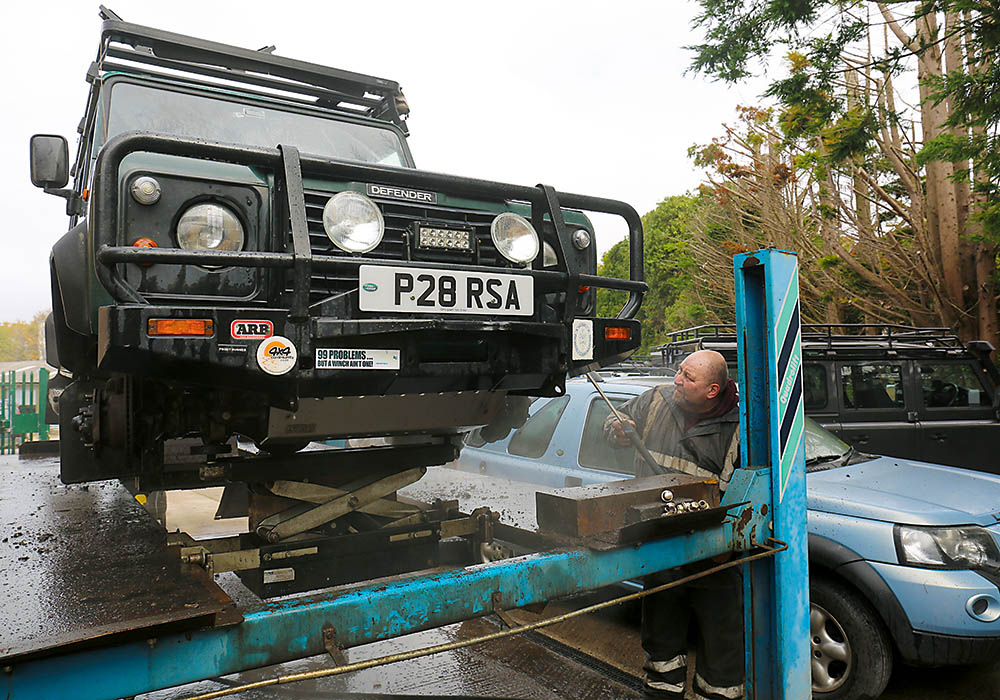 Like me Gary is ex-military. Unlike me he is very meticulous with how he goes about things. "You have to be. Make a mistake or miss something and it could cause a weak spot or rust spot in the future. I don’t want that on my conscience."

I’m told that preparation is key. So Gary starts with a general vehicle inspection, and then takes a few hours to steam wash the 110. I have not done him any favours having recently gone off-roading, so to get rid of the mud on my 110 Gary set the temperature of the water at 90 degrees Celsius. It literally burns the mud off while also taking the paint off my rear crossmember. Fortunately my vehicle lived in a hot climate for most of it life. "I can’t believe your Defender is over 20 years old. It’s definitely one of the better ones I have seen of that age," says Gary.

Others are not so lucky. Two out of every five Discovery 2s that come for Dinitrol treatment first need the rear chassis replacing before the treatment can take place. Repairing Land Rovers before they can receive the Dinitrol treatment is rather common. I ask him where is the most common place for rust on a Land Rover? ‘It has to be the welds on the chassis and also the rear crossmember.’

He photographs every single stage of the process and when I come and pick my Defender 110 up a few days later I also have access to a gallery of 60 or so before and after images. 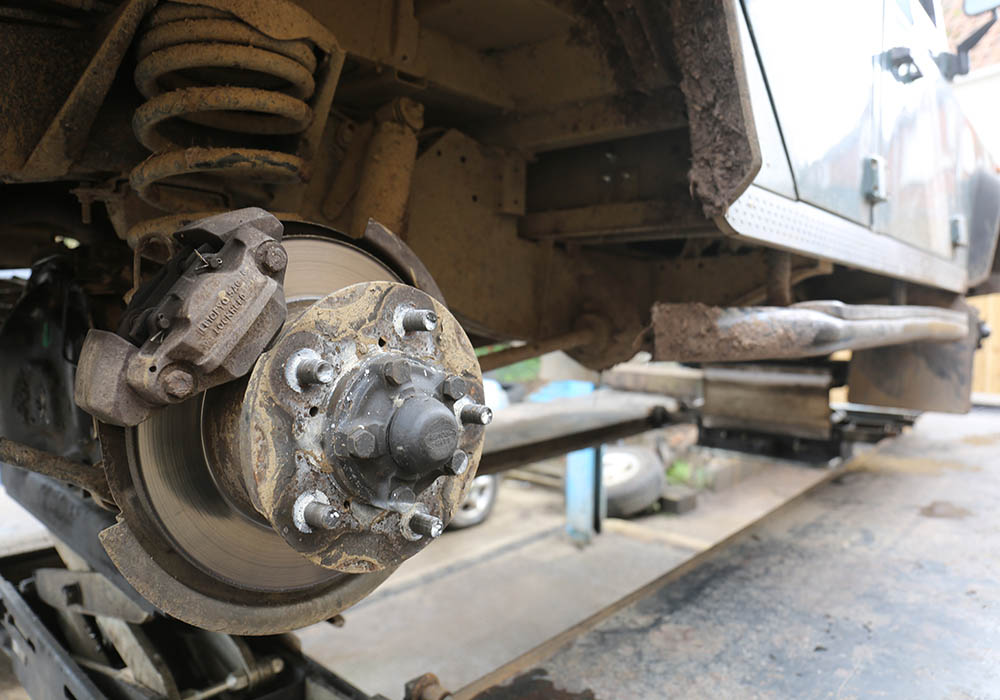 Before: Unprotected and vulnerable to rust

Gary talks me through the rest of the process. "90 per cent of the time is taken by steam washing and preparation. Applying the Dinitrol takes the other 10 per cent."

To that end, once my Defender was dry - a process which takes 24 hours - Gary masked up the vehicle to prevent any Dinitrol going over paintwork or other parts that don’t need it. He then applied Dinitrol RC800 to areas where there was corrosion; this helped to turn damaged metal into good metal. Dinitrol ML was then applied to the chassis using a 360-degree lance. It’s literally injected into every bit of the chassis. After that is dry, Dinitrol 4941 was applied to every bit that needs protecting. Gary then left it to dry before giving my 110 a final inspection.

I barely recognise my 110. While the underside looks shiny and new, Gary has perfectly and evenly applied the Dinitrol exactly where it needed to be. Even the rear crossmember which had no paint on when I left is now all black and ready to fight the rust. 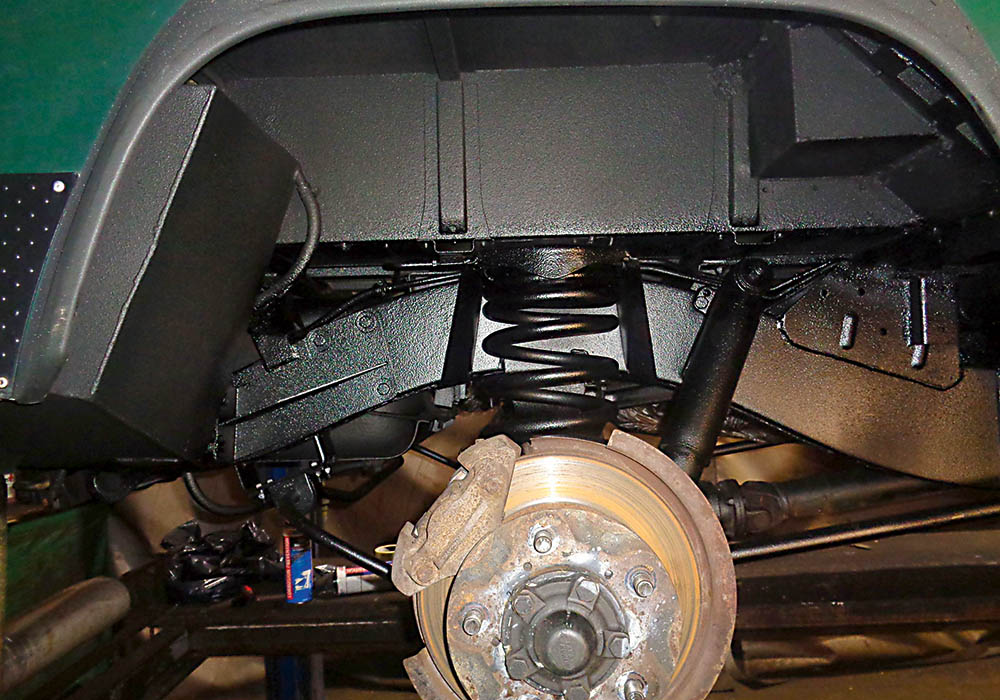 After: Covered in Dinitrol and fully protected

The Dinitrol treatment is supposed to last between two to five years. This depends on how much off-roading you do obviously and if you have dry-stored your Land Rover. Fortunately the treatment comes with an aftercare package and annual check-up. So I will definitely be making my way to SWRP again before the start of next winter. Thanks Gary for a top job.

If you want your Land Rover to last a lifetime, we at LRM would strongly suggest a Dinitrol treatment from SWRP. 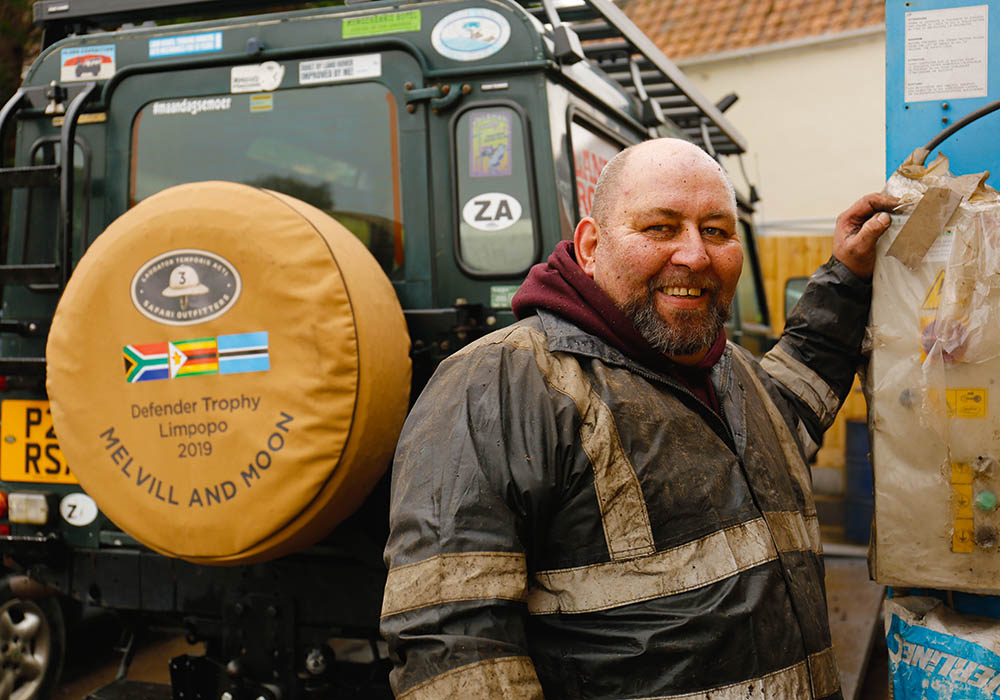