Project Toylander: Greatest gift of all Adam Rix built his nephew the best Christmas present ever, a Series I Toylander

Each year thousands of Land Rover enthusiasts attend the various summer Land Rover shows and watch the impressive performances in the arena. At the bigger shows the Mini Me Drivers Club normally make an arena appearance. These are kids driving an array of miniature Land Rovers, some homemade by dad using an old mobility scooter motor and a few bits of wood, while others drive perfect replicas which are made from kits supplied by a company called Toylander.

Once home some show attendees might Google Toylander, take a browse of their website and then order the build manual for £45. Who would not want to give the kid that they love a beautifully crafted mini Land Rover? Or are we all really just big kids at heart? For most that is where the Toylander journey ends due to the realisation that not only do the actual Toylander kits cost a lot money, it also takes a fair amount of time to build one. Which is just like a any old Land Rover project I suppose. Plus you need specialised woodwork skills to craft the Toylander’s wooden body shell.

One person who was definitely not perturbed by the enormity of building a Toylander was Adam Rix, a joiner from Dunstable, Bedfordshire, who recently built his nephew Eddie Hill (4) a very smart-looking Series I Toylander. Why a Toylander? When Adam was a little boy his dad, also a joiner, would always build him something for Christmas, and he still has some of those handmade gifts today. Continuing with tradition, for Christmas 2016 Adam built Eddie a rather stunning wooden Rocking Horse. In 2017, he decided to go one better and built a Toylander from scratch.

Despite his busy job in the family business (Dunstable Joinery), Adam still somehow managed to finish the job just in time, he takes up the story: “I must have spent about 100 hours on the build and it took me roughly six months to complete.” While Adam might not own a Land Rover he is a massive car enthusiast. His mum Eunice has always owned Land Rovers and she currently drives a Discovery Sport.

After studying the build plan Adam spent another £1206 on the Toylander kit. I ask Adam what are the key elements for a stress-free and successful Toylander build? “You need patience and the space to build it in. It also helps if you are a joiner like me!” Sister Amy is quick to point out that her brother Adam is a little OCD when building anything with wood. Thanks to their highly successful woodcraft business they have all the tools and gear needed to build a Toylander at the Dunstable warehouse, and judging by some of the other things that they have built, they certainly know their stuff. “After building a Toylander I can see why some people would rather just buy one finished. They take time and skills to build one, which is probably why I have seen loads of unfinished ones for sale on eBay.” Not so for Adam, who painstakingly created his version of the Toylander using half-inch thick moisture resistant MDF for the body shell to help it stand up against wet British winters. 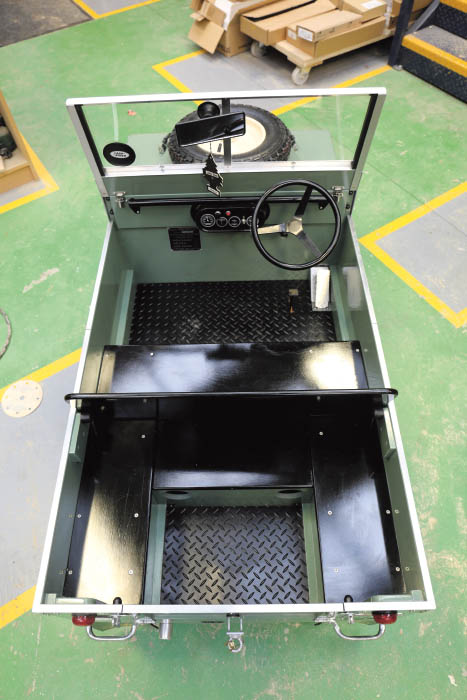 They say that the devil is in the detail and despite the fact that he does not own a Series I, Adam has done his homework with his nephew’s Toylander. He studied pictures of real Series Is in magazines and on the internet, which is why his version has the correct rearview mirror, tax discs and number plates. It does not stop there as Adam cut and fitted mud flaps and rubber mats – he even went as far as making little rubber straps for the tailgate. 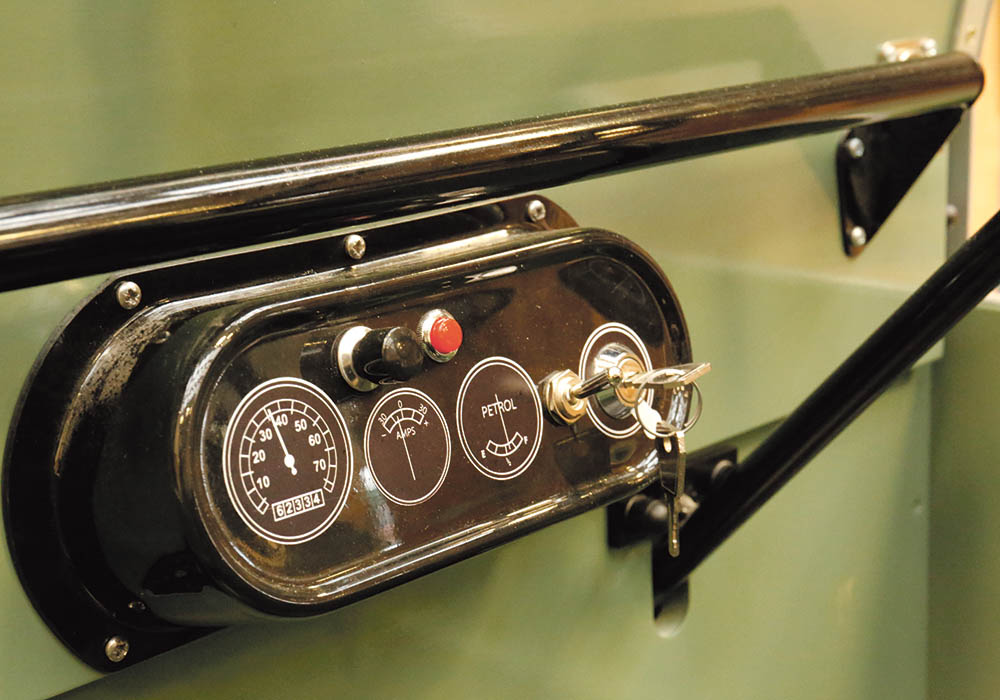 Bonnet clips that work and look just like the real thing 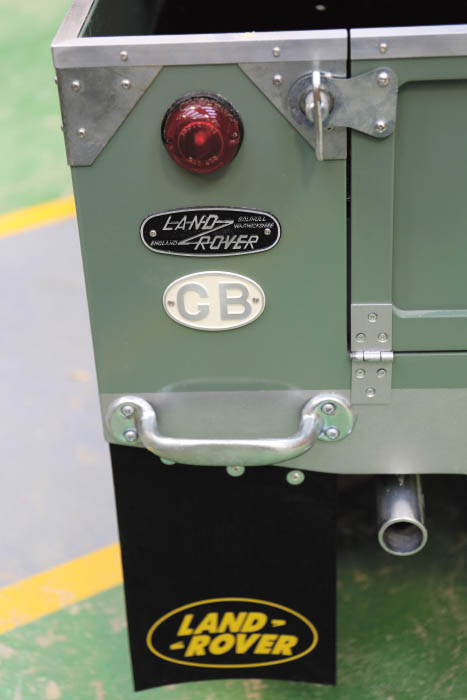 The exhaust has a lifetime guarantee, which probably makes it the greenest Land Rover in the world 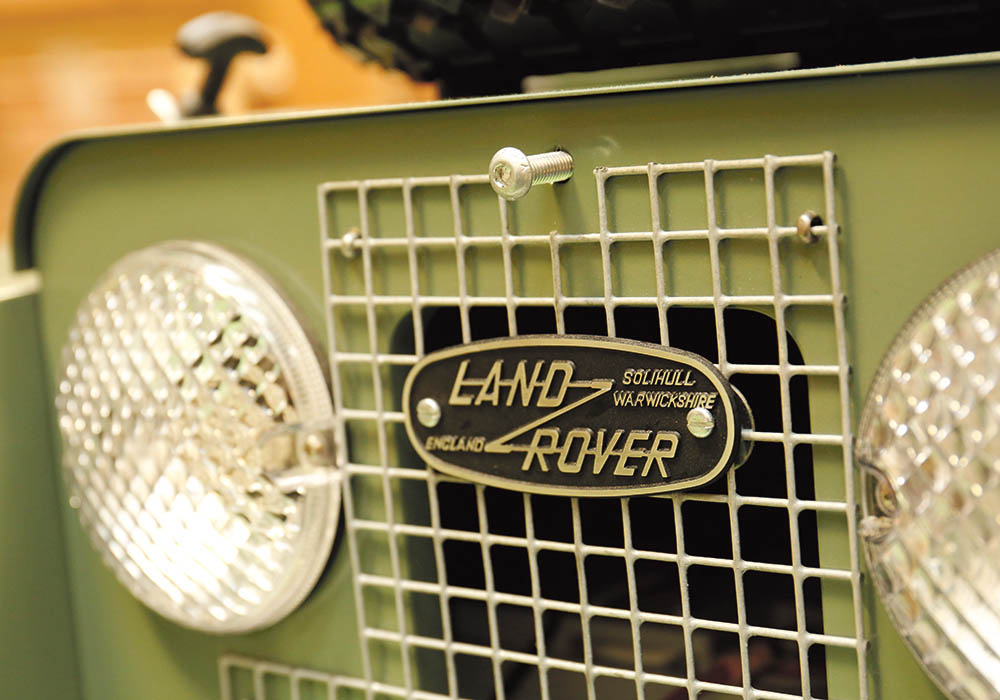 After the wooden body was finished he sent it away to a nearby paint shop who used lead paint, and a closer inspection reveals they have done a fantastic job, in fact it is probably better than the paint job my Defender received 20 years ago.

As the build went on Adam did allow himself the luxury of a couple of upgrades. As the adults would also be joining Eddie on his Toylander, a second motor and battery were neatly fitted.

“Building a Toylander is not like buying your kid a box of LEGO. I wanted to add a few personal touches to it so when other people see it they recognise I have done an above-average job of it,” explains Adam.

I concur with Amy that her brother might be a little OCD. The finishing, quality of the workmanship and attention to detail are second to none.

So after inspecting Adam’s Series I Toylander in the workshop of the Dunstable Joinery I can confidently declare that Adam has indeed done a top job and I bet most Land Rover loving kids wish that they had an uncle like Adam.

Build your own
To order your £45 Toylander build plan see toylander.com where you will also find a comprehensive list of all the parts and bits of kit needed to build your dream Toylander. A basic kit and panel set for a Toylander 1 (based on a 1948 Series I) will cost you £1388.25 while a complete ready-to-drive kit is £3950. 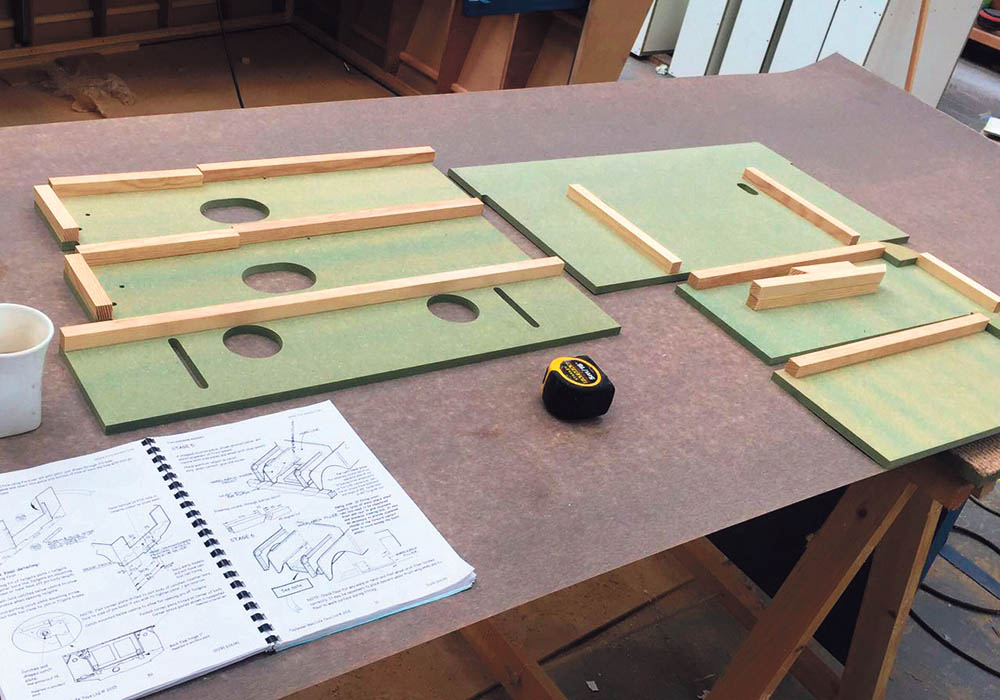 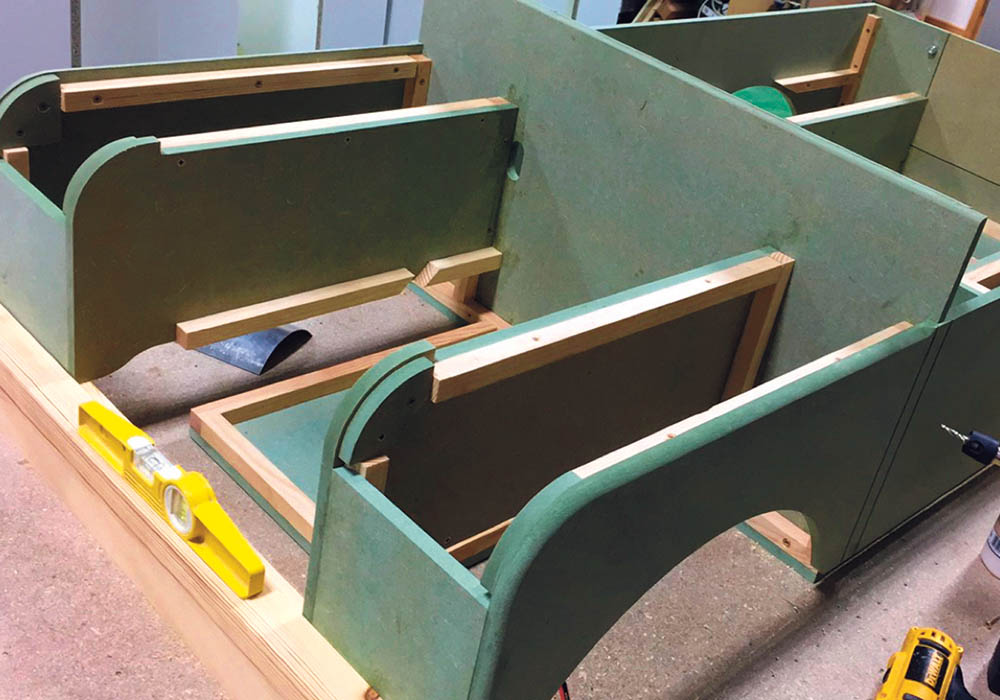 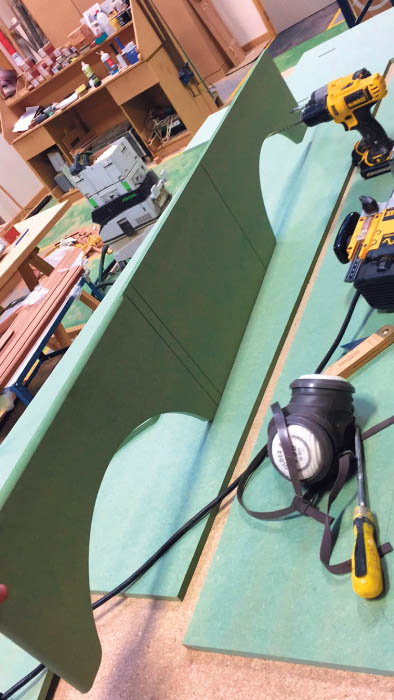 Woodwork skills will come in handy 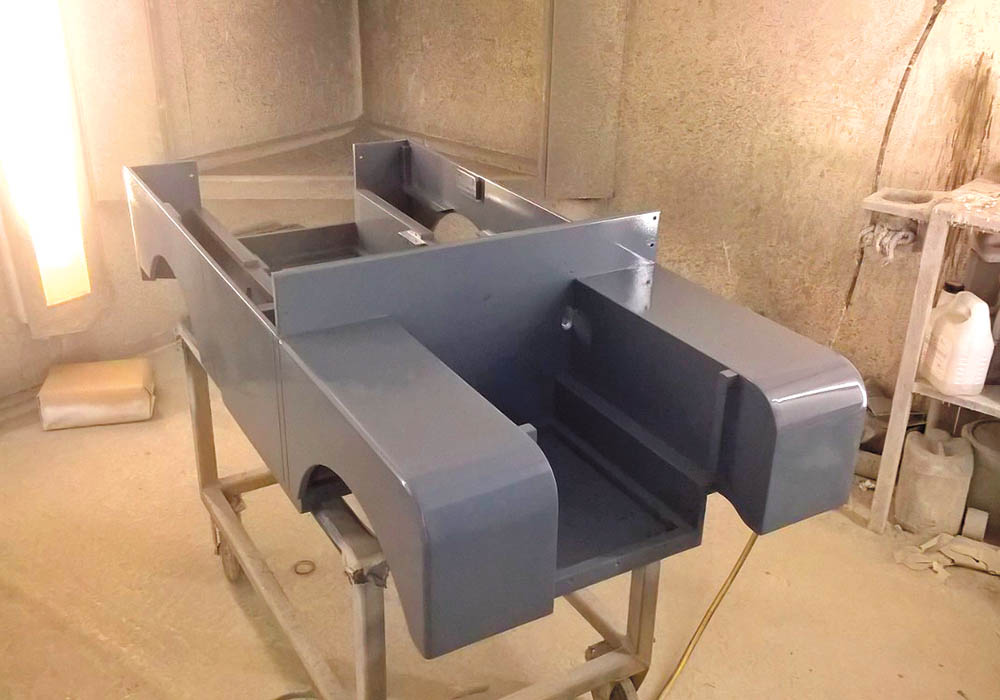 Primed and ready for the final paint job 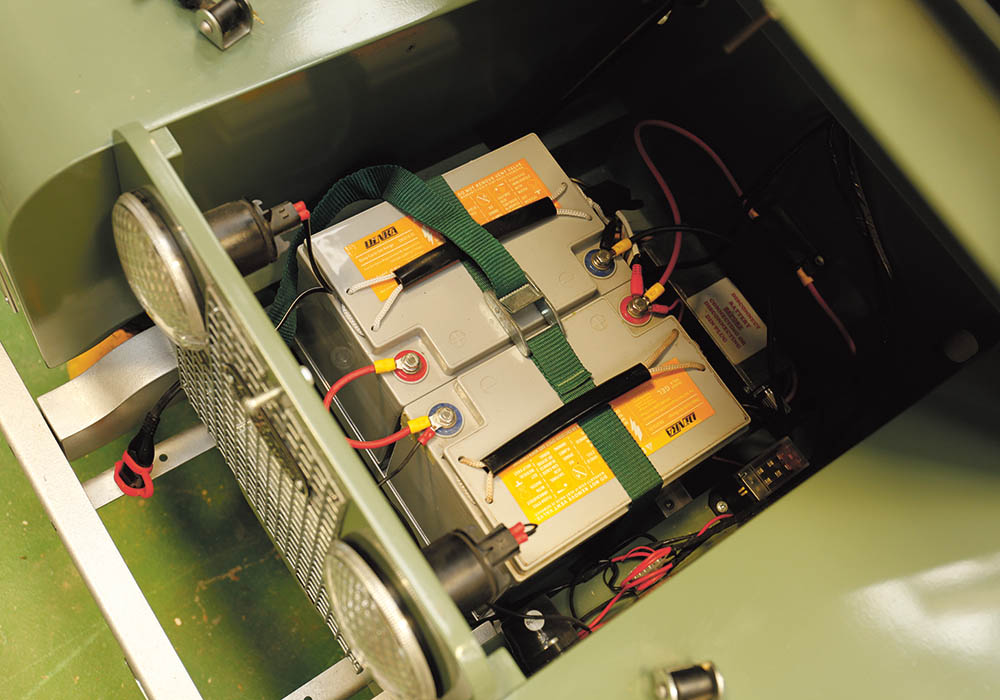 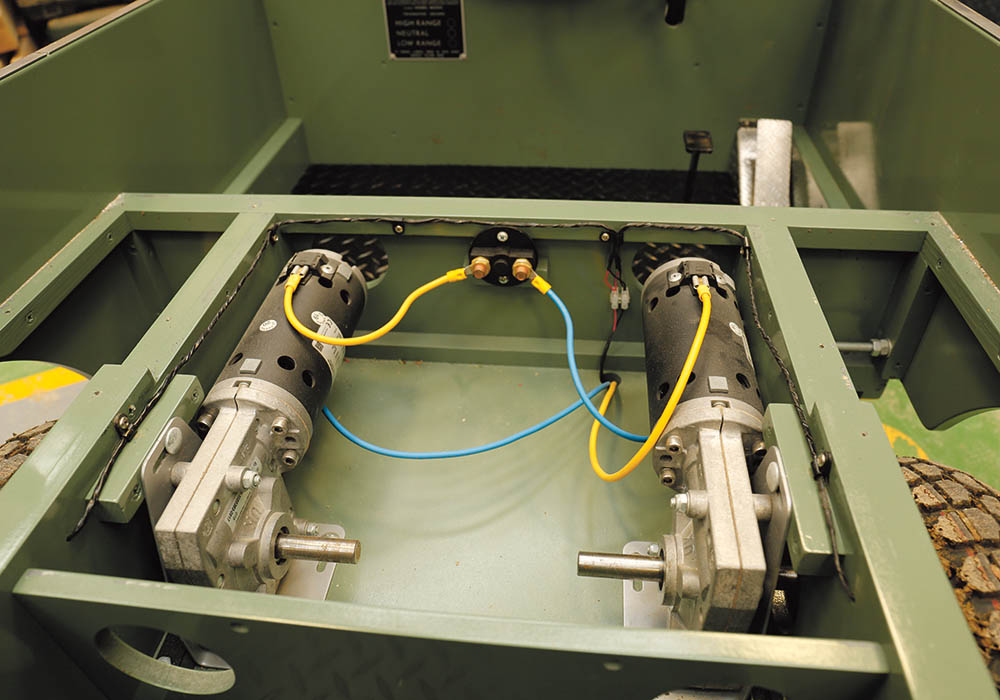 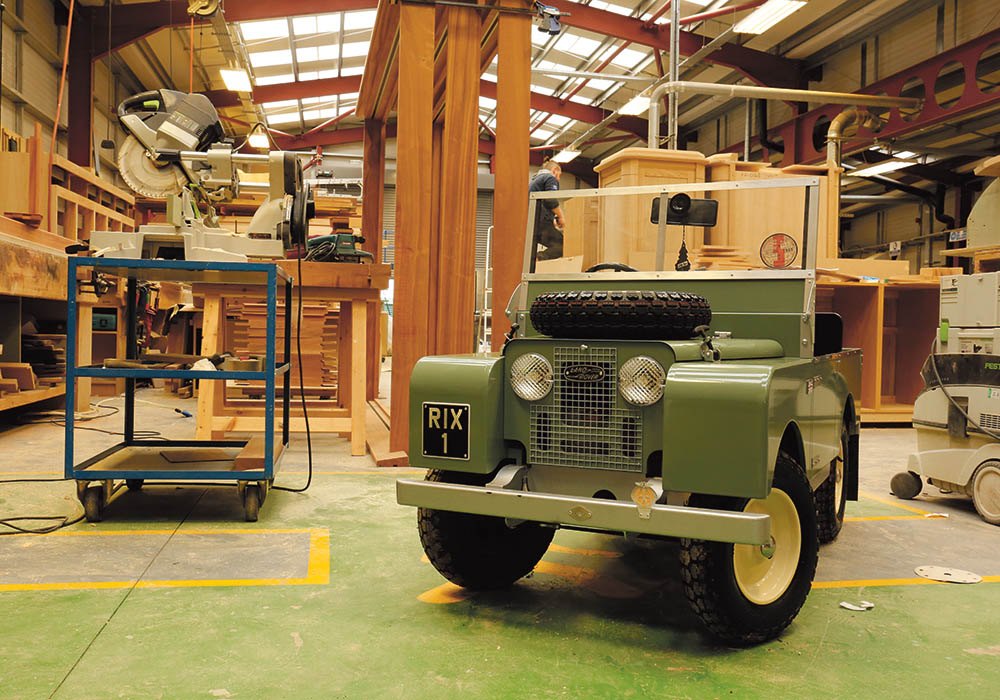 The finished product posing proudly in the family workshop 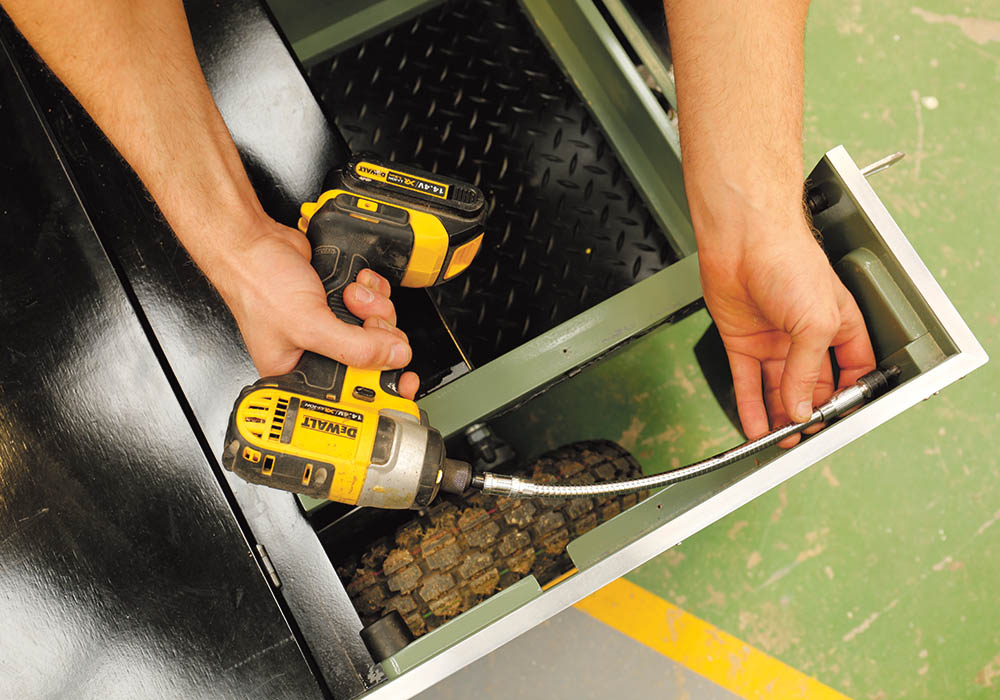 Adam’s Top Tip: “I am OCD and all the screws have to line up. I would never have been able to do that without the flexible driver.”