How do you get nearly 1000 Land Rovers to your show? You try and break the Guinness World Record for the Most Land Rovers on Parade, that’s how!

Mention the word Billing to any Land Rover fan and they will probably smile from ear to ear. While music fans flock to Glastonbury and F1 fans head for Silverstone, Billing has always had a special place in the hearts of Land Rover fans around the world. In fact, some people have attended all the Billing shows since that first one in 1991.

This was the second year of the Billing Off-Road Show in its new format after it moved from the Billing Aquadrome to its new home on the meadows and off-road tracks on the other side of the river. The focus of this show is entirely on family, food, fun and off-roading. Organisers Sarah and Richard Arrowsmith (plus their happy band of volunteers) deserve all the credit for giving it that same feel and format to the Billing of old.

So how did they do it and get the big numbers to fill up all the camping fields? Easy. They organised a Saturday afternoon assault on the Guinness World Record for the Most Land Rovers on Parade. Special thanks must go to Lancaster Insurance who supported the attempt. Tell a Brit that they are needed to break a record currently held by the Germans (632 set at Bad Kissingen on May 30) and they tend to turn up in their droves. After all, beating Germany is a British national sport.

The show kicked off on the Friday with the opening of the Riverside off-road course which was only reopened to the public at last year’s show. I came down on the Wednesday evening to take a look and already there were a few diehard Landy fans camping in the fields. Talk about keen.

Most showgoers arrived on the Friday, including the 80 or so traders who used the day to set up their shops. I managed to pick up a new set of front mats for my Defender for only £20 from one of them! Another reason this was such a successful and over-subscribed event was the great weather, of course. Heading out to a show or for a weekend of camping is even better when the sun is out. 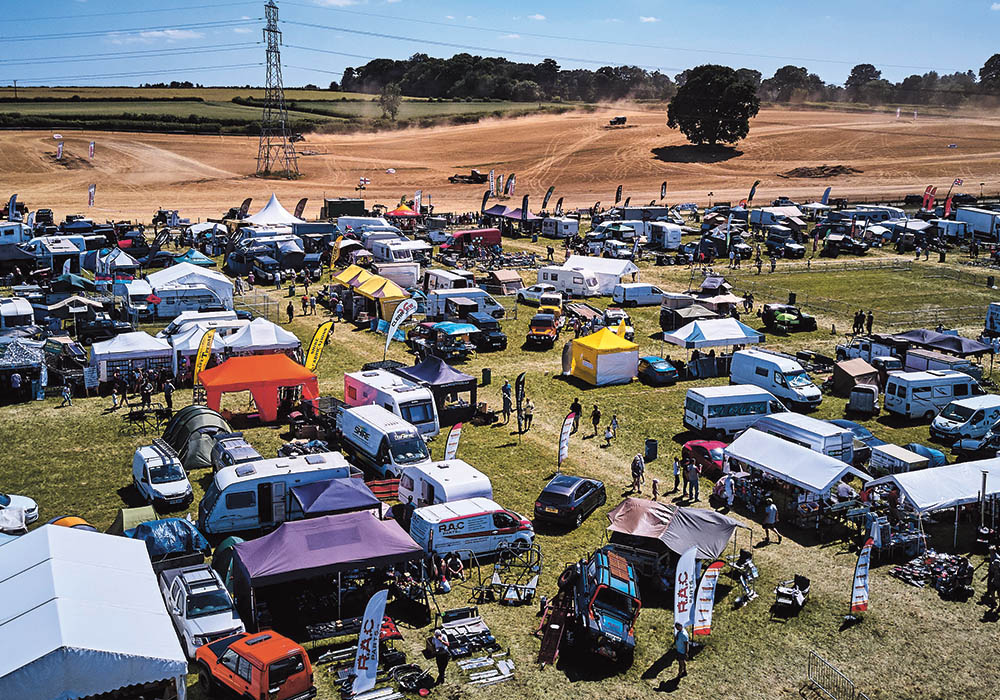 Over 80 trade stands to browse through 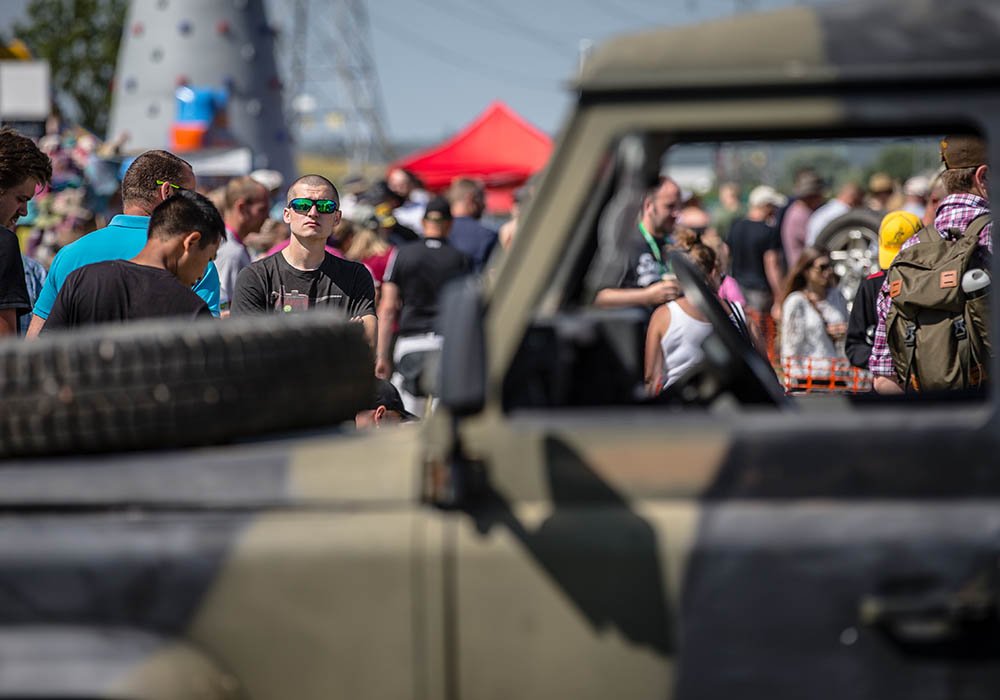 Thanks to the fab weather we had good crowds

The smell of BBQs filled the Friday evening air while a live act entertained those in the beer tent. Saturday afternoon was all about that record attempt, so the morning was spent browsing the trade stands, taking on the legendary Lakeside course (including the mud run) or else being a passenger in one of the Challenge South West extreme trucks. The latter was a very popular option as where else do you get to ride shotgun in a truck that is doing jumps and extreme challenges at speed? No other Land Rover show in the world offers this unique opportunity. While all this was happening more and more Land Rovers continued to arrive. 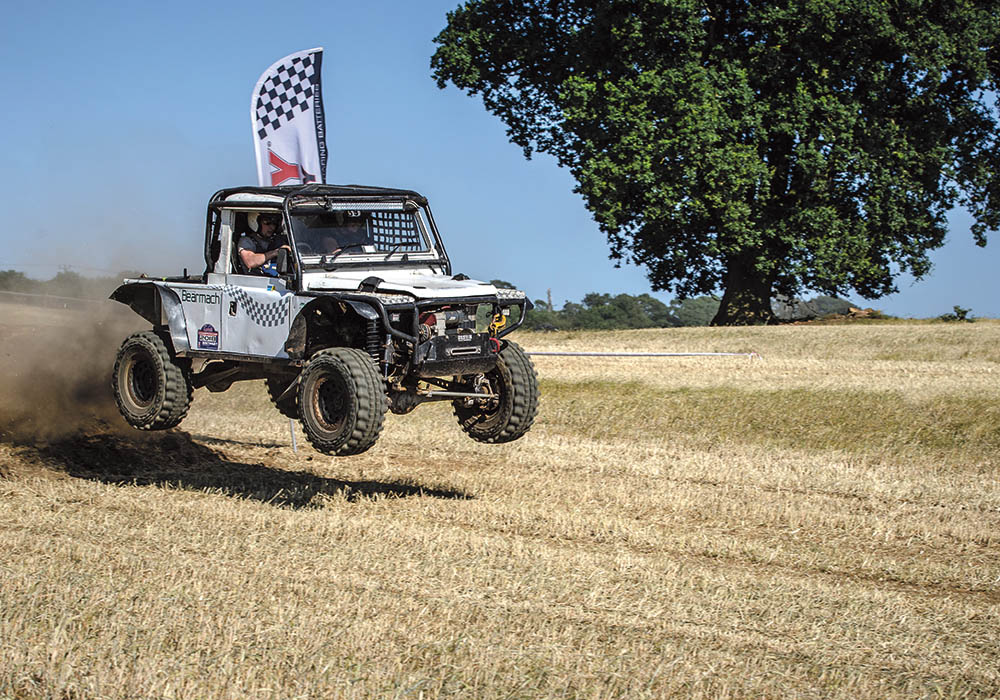 Just after midday marshals started to line up the hundreds of Land Rovers for the world record attempt, which was only scheduled to start at 5.00 pm. Each vehicle received a commemorative rally plaque while every driver was given a wristband and number plates recorded. While the sun blazed down marshals and volunteers tirelessly ensured that every Guinness World Record requirement was adhered to. Owners locked up their Landies and returned to the show while some just toughed it out and waited for the start of the world record attempt.

The fact that Jerome Andre (LRO contributor), Nick Dimbleby (Landy snapper of note) and Nicholas Enston (of @landroverphotoalbum fame) were in attendance was probably an indicator that history was about to made. At the front of the convoy was John Taylor’s very special Royal Review Series I, which was fitted with a B40 Rolls Royce engine. Incredibly it was used by King George VI, the Queen Mother and the Queen. Now it was at Billing! 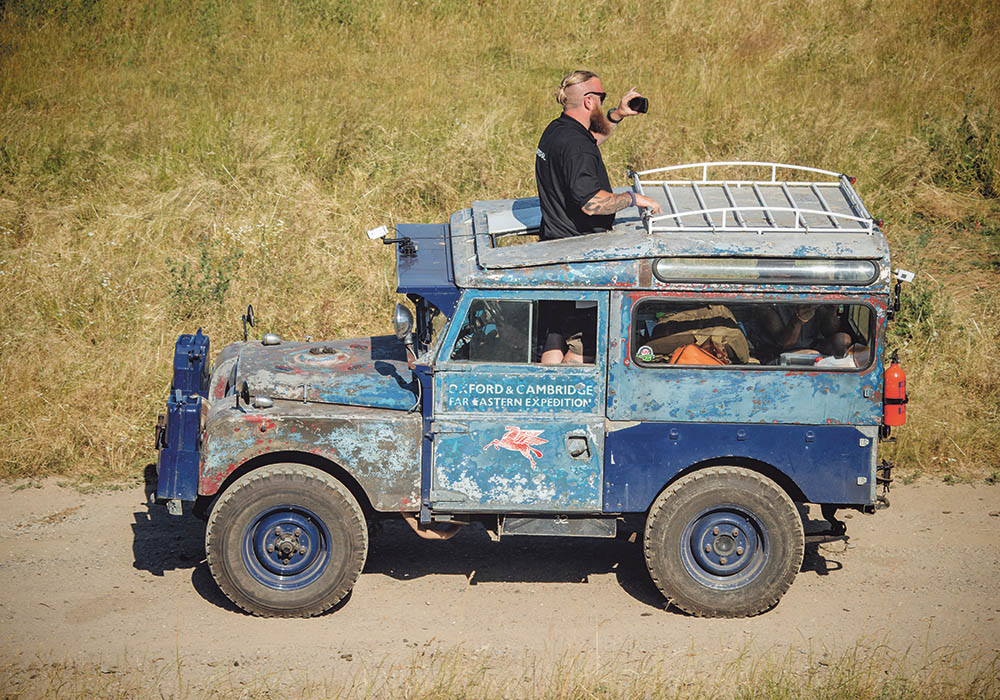 A minute or two after five John’s Royal Review Series I crossed the start line, followed very closely by over 900 Land Rovers as they slowly moved along the course which measured just over two miles in length. They travelled at an average speed of around 4 mph and great care was taken to ensure that the Land Rovers were not more than one vehicle length apart.

It was an incredible thing to witness. Landy dust filled the air. Drivers smiled, dogs barked, horns were honked and passengers waved excitedly. Everyone seemed so happy just to be a part of the attempt and there was never any doubt on the day that there would be more than enough Land Rovers to break the record.

We had 910 Land Rovers go across the start line and 908 went across the finish line. Yes, there were two breakdowns.

Thanks to the fixed cameras on the start and finish line an unbroken video was made of the event. This was combined with all the other required evidence for the World Record attempt and that has now been submitted to Guinness World Record. LRM will make an official announcement as soon as we receive confirmation from them. Hopefully we were successful in bringing the world record back to Britain where it belongs.

If feedback from traders, showgoers and world record attempt attendees are anything to go by, then the 2018 Billing Off-Road show was a rip-roaring success. While it might not have the big arena of Kelmarsh or Peterborough, this show is all about going back to our Land Rover roots where camping, BBQs, off-roading and good vibes are kings. And if you can beat the Germans in the process then even better. 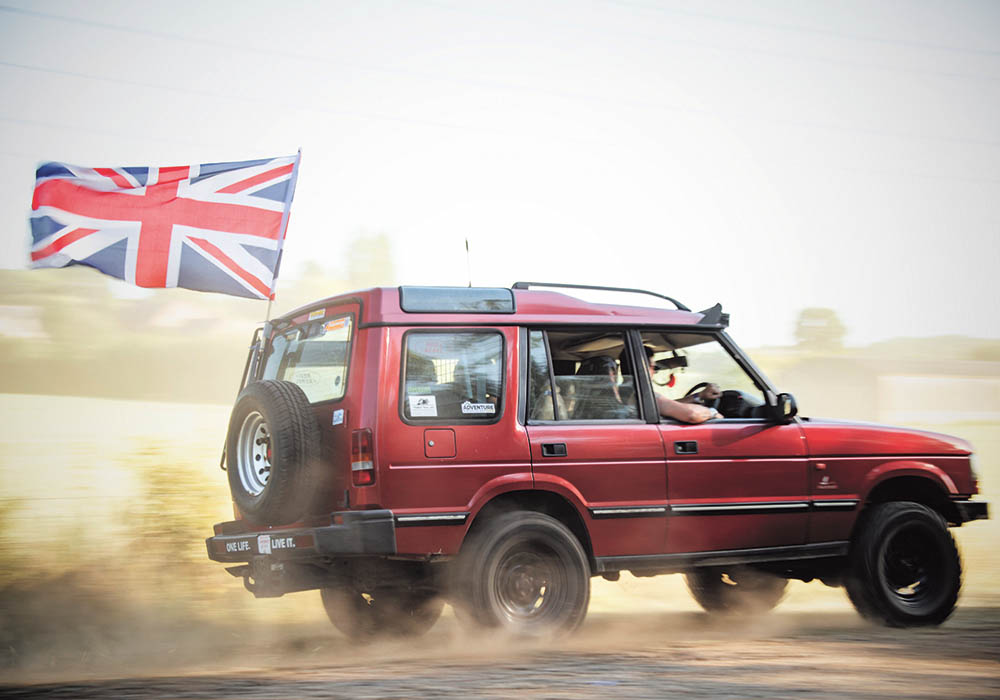 There were Union Jacks a-plenty on display at Billing