Outdoor country pursuits and horses have always been Joanna Read’s passion. While she never previously owned a Land Rover until recently purchasing a Defender 110 for her hearse business, she fondly remembers growing up around them and she is quick to admit that her life changed for the better, when she finally became part of the green oval clan. “I love the feeling of being a part of the greater Land Rover community, I’m hooked now and part of one big family," she says.

So, how does one go from a country girl to Defender hearse owner and driver? “I’ve tried many things over the years and I wanted to find something that was heart-led. Because of my passion for horses, I became involved in horse-drawn funerals. It was a nice way of earning a bit of pocket money, but as a motivated mum I craved to have my own business and build a name for myself. Funerals are all about care, compassion and looking after people who are either grieving or no longer with us, and that's what I wanted to pursue.” 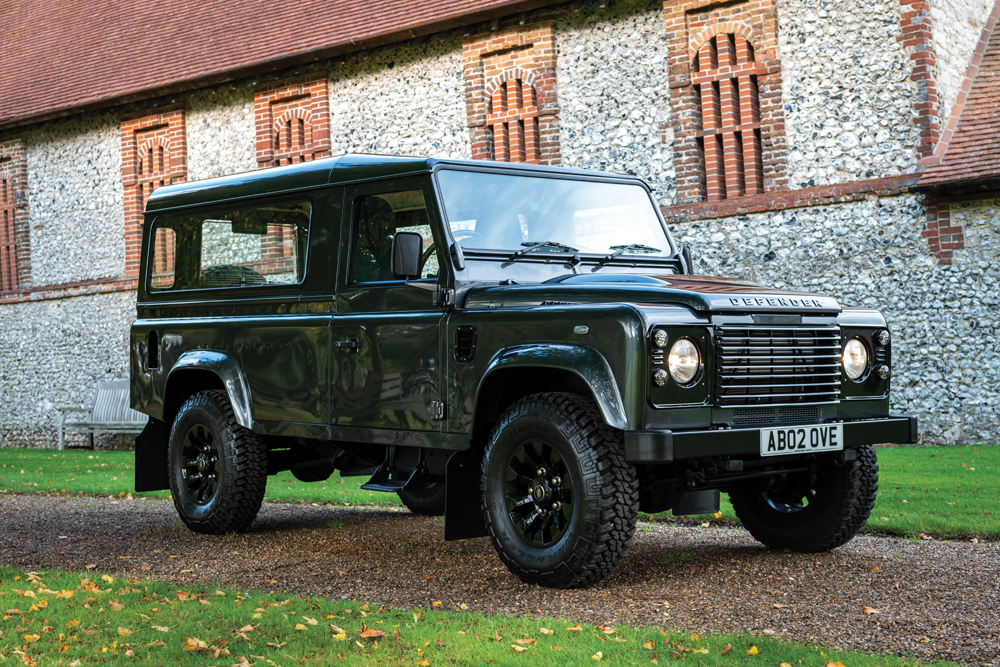 Joanna has created an understated yet stylish hearse

Joanna started looking into alternative hearse businesses and realised there was no one in the south of England offering a Land Rover Defender hearse service, so she dug a little deeper. Several people advised her to buy a Defender 130 for her proposed business, but she was not convinced. “I looked at lots of ex-military Defenders but they had been thrashed about and I didn't think the area for a coffin in a 130 was much bigger than what a hard top 110 offered, so that's what I decided to look for. Some other Defender hearse owners have stretched 110s but I didn't want to go down that route as it's expensive and I wanted it to look fairly original.”

Joanna eventually went to UK Defenders and bought a 2014 110 hard top which had only done 35,000 miles. It had no air con and no electric windows. From there it went to Foleys SV who did the hearse conversion. “Stuart Foley is a very helpful man and I knew they have done several Defender hearse conversions before, so I had total faith in them. They could also source the traditional walnut veneer for the all-important deck, so I could get the hearse look I wanted.” 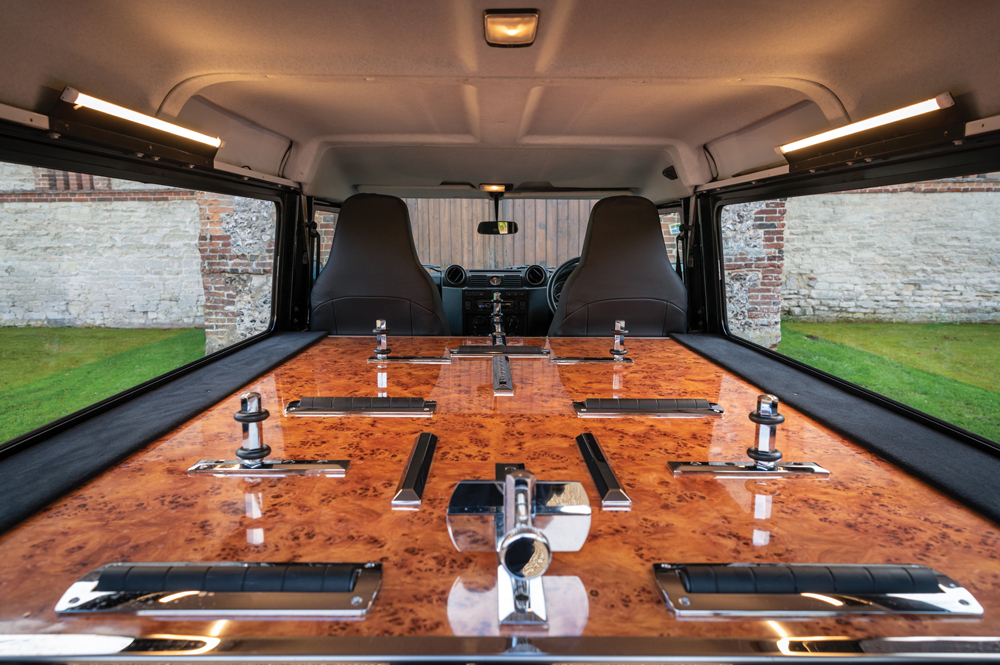 Special interior lighting for the coffin

It wasn't as simple as just putting in the coffin deck, however; Joanna then spent a few quid on cosmetics – it needed to look grand yet understated. The hard top was replaced with all-round windows so that the coffin would be visible from all angles. Other upgrades included: a full Carpathian Grey respray, retrimmed leather seats with matching cubby box and leather inserts for the doors, and new sawtooth wheels shod Goodyear Wrangler tyres. Below the deck and behind the walnut veneer, Joanna stores her cleaning materials so that when she arrives at the undertakers she can make sure its sparkling for her precious cargo.

Joanna is someone who is never 100 per cent satisfied and she tells me that she is thinking of dipping the dash control panel in walnut, too. I ask her why she decided to go for Carpathian Grey instead of traditional black? “I always knew that I didn’t want a black hearse, then when I saw a Corris Grey Range Rover, I knew that was the colour for my hearse. To me it’s a respectful funeral colour but still appeals to Land Rover fans. Some people have said to me they would want their Defender hearse to be in traditional Land Rover green and I'd like to add another vehicle, so that might be something I bear in mind.” Where she has kept things habitual however, is retaining the rear door spare tyre. 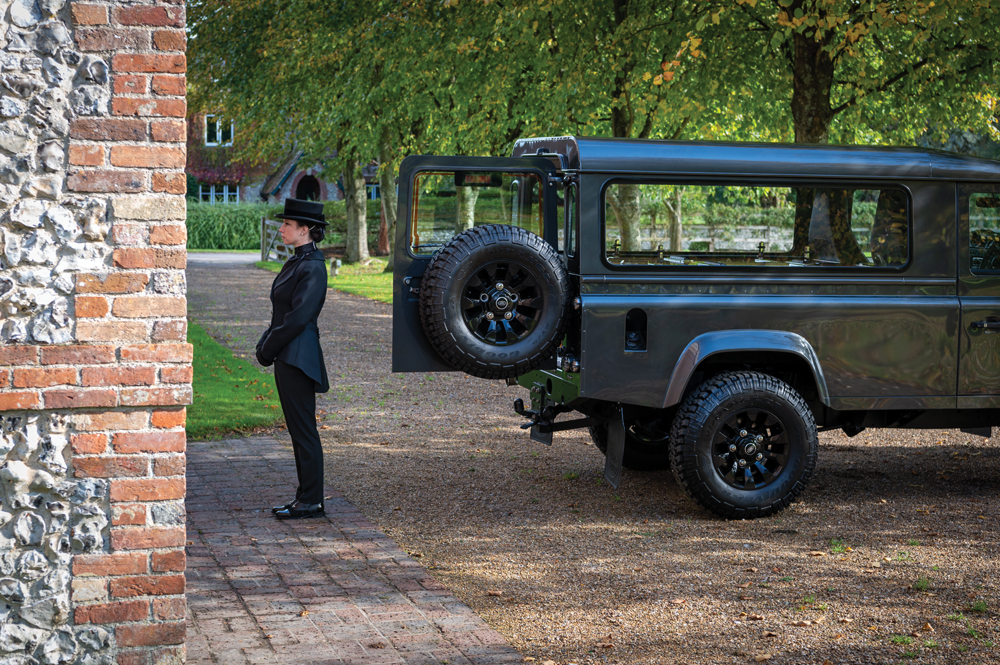 When loading and unloading a coffin there is very limited space so the bearers have to get it inch-perfect, and with around seven inches from the top of the coffin to the roof lining, flower choice could be a little restricted but there's plenty of room at the sides of the coffin for floral lettering.

So besides the obvious dyed-in-the-wool fans, who else asks for a Land Rover Defender hearse funeral? ‘‘I did a service last week for a former army major and all his family followed me in their Land Rovers; the people in the village were all waving Union Jacks, so it was a moving occasion to say the least. The family said that the Land Rover was the icing on the cake and asked me to stay for the ceremony. They were all so grateful and it was lovely to get such nice feedback from them.’’ 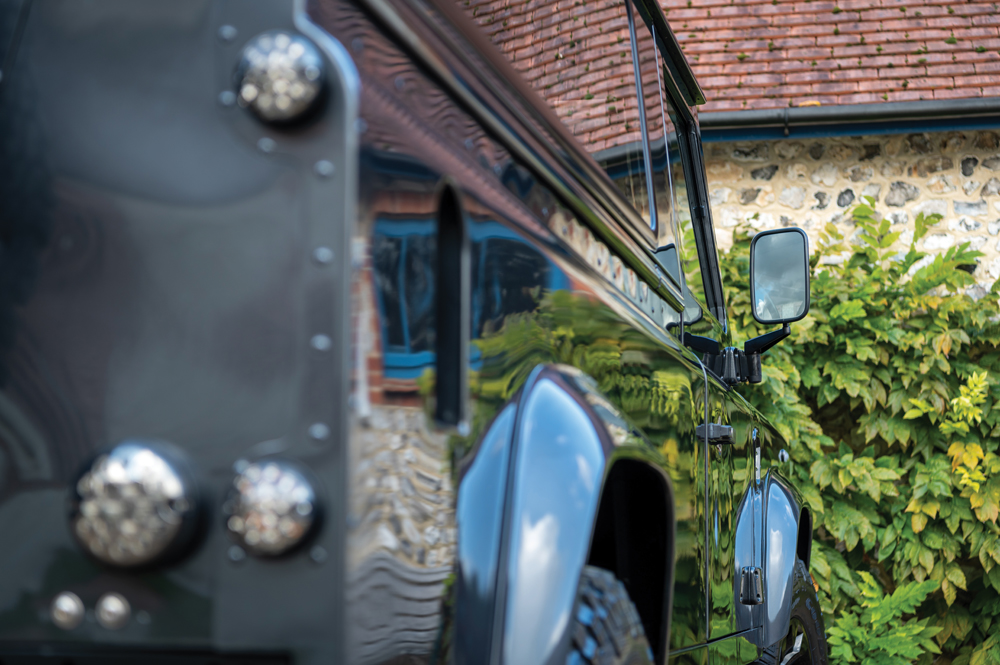 No mud in these wheel arches when reporting for duty

Driving a Defender hearse is not for everyone. “So much heart goes into what I do, to me it is not about the money, it is about the fact that we are all the same in our Land Rovers. It doesn't matter what kind of life you led or how much money you made, everyone loves and uses Land Rovers. I feel honoured to give people their final journey in a Defender to celebrate their life.”

Traditionally the funeral director will sit next to the hearse driver but due to Covid Joanna is alone in the Defender, though she wouldn't mind if a family member wanted to sit up front with her. Unlike most Defenders, this one also avoids puddles when on duty, and Joanna tries her best to keep the Defender away from any bushes or trees that might scratch the paintwork. She certainly likes to deliver a high standard of service and her Defender is a part of that package. She explains. “Presentation is everything to me. There must be no mud under the wheel arches, for example; all the little details add up. Cleanliness but also smart attire are non-negotiables for me, and driving it in an appropriate and respectful manner is a given.” 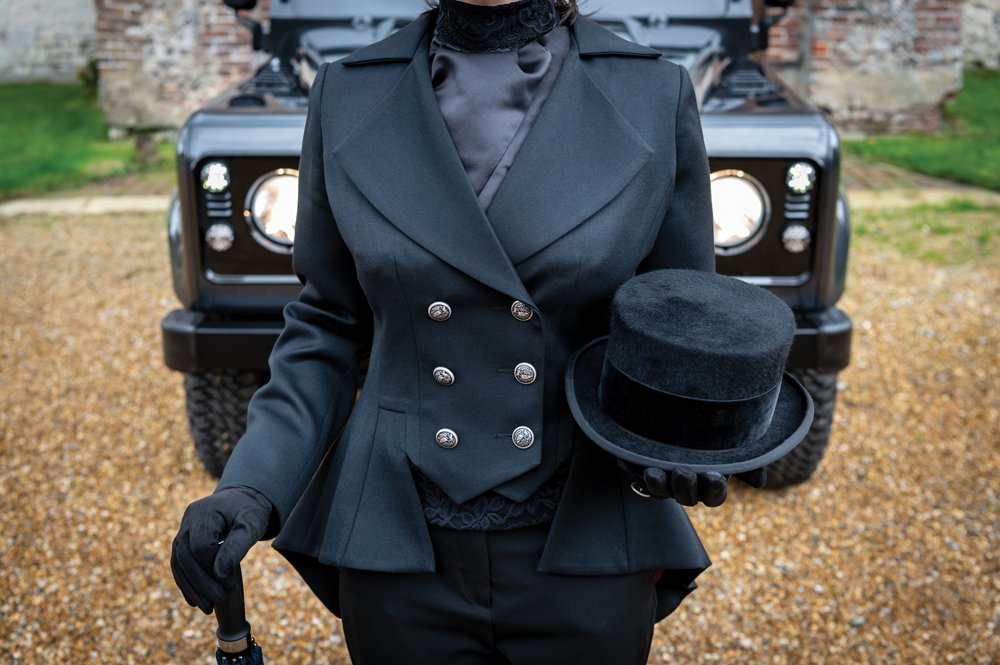 There is no doubt that Joanna is the right person for this job. “For the first time in my life I have found something that passionately drives me, in fact a whole new world has opened itself to me,” she says smiling. Despite the sombre nature of her job, she is in her happy place, going above and beyond for Land Rover enthusiasts or anyone who would like something special or different as they bid their final farewell.