Nene Overland’s supremo Andrew Harrison-Smith takes us for a ride in his baby V8 offering – a Defender 90 powered by a General Motors 5.3-litre L83 engine

Popping V8 engines into old Defenders has become a massive and pricey global business. Turn to page 34 to see Land Rover Classic Works’ latest V8 offering, a Camel Trophy replica retailing from £200,000. When I first arrived in the UK eight years ago I bought a tired old 200Tdi Defender 110 for only £2000, so multiply that by 100 and you get a 405 PS V8 from Land Rover!

The old Defender world has gone a little crazy of late and shows no sign of stopping. Other V8 conversion specialists include Twisted, Kahn, Overfinch and Urban Automotive, who all do it for less than half the price Land Rover are currently offering them at.

Today I am with a man who has been at it for longer than most, that is Andrew Harrison-Smith, the CEO and founder of Nene Overland. I jump into what looks like an ordinary 2014 Puma-engined Defender 90 with Andrew behind the wheel. The seats have been nicely retrimmed with brown leather centres and black sides, there is double din dash to house the improved infotainment system and it has a smaller Momo steering wheel, but as for the rest, it’s pretty much standard, including the manual gear levers! 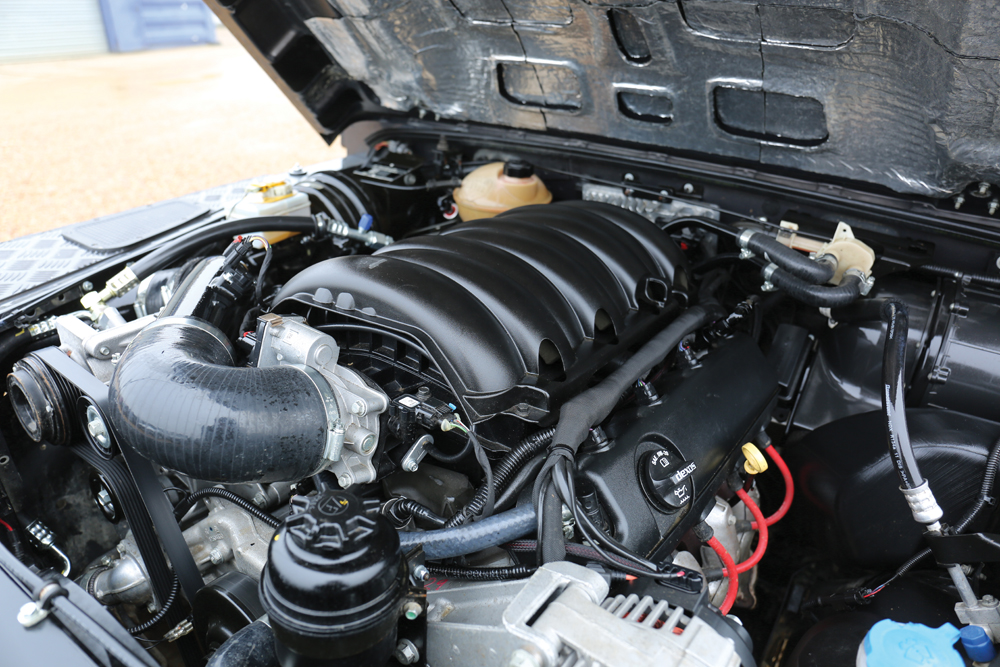 A quick pull of the bonnet catch release lever reveals something altogether different, however. It’s the General Motors 5.3-litre L83 engine, which pumps out a whopping 360bhp. Andrew fires up the V8. Nene Overland currently offer five different V8 conversion solutions to their customers, no one else does this many. Obviously we have this 5.3, which they can also offer with an eight-speed auto gearbox, then there is a 6.2 litre option of this engine. That 6.2 is also available in a supercharged version which delivers 700 hp. Finally there are the two Chevrolet 6.2 LS3 conversions available, delivering either 430 and 525 hp.

As Andrew powers off into the countryside I ask about the basic cost of this conversion. ‘‘This is a used engine, sourced from a supplier in America, and if you want one fitted, they start from £20,000 plus VAT.’’ That is just for the engine fitted by Nene Overland without extras such as bigger brakes and road bias tyres. 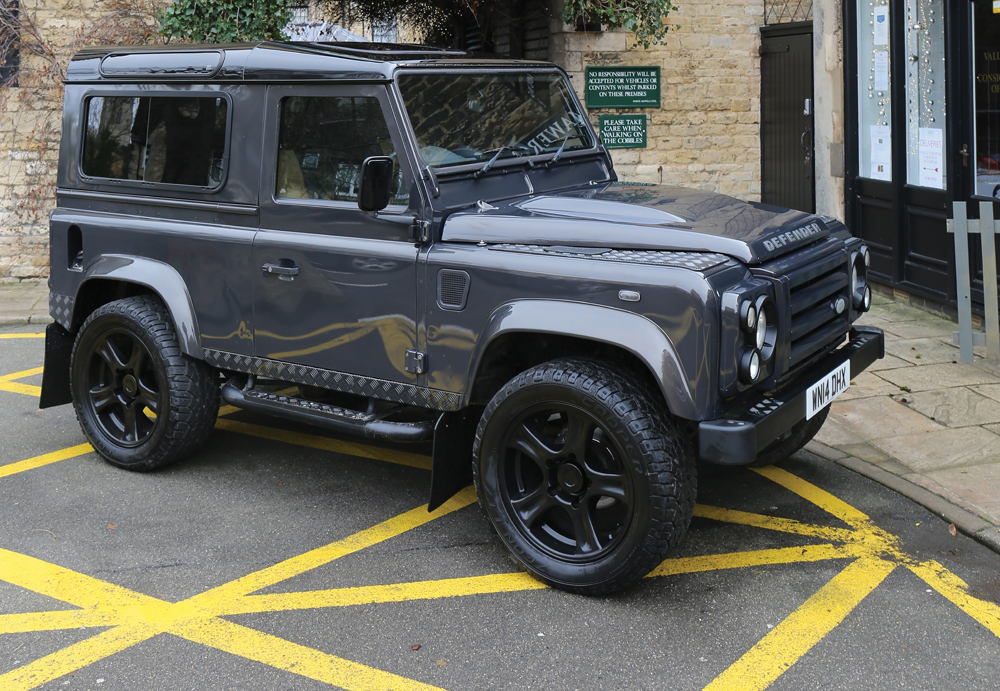 This fifth generation engine has several technologies that my petrol straight-six M52 engine might be a little jealous of such as variable valve timing, direct injection and active fuel management. Some might say it's a steal compared to the Nene Overland LS3 swap which starts at £34,995 plus VAT.

Andrew explains how they did it:  “We had a casting made to go from behind the flywheel housing up to the standard Defender gearbox. We then had to come up with all sorts of solutions to get a reliable speed sensor message, so we could set up how it runs. Definitely a more complex engine than the bigger LS3 though it is more economical to run.’’

During the testing Andrew has spent over £1000 in fuel and reckons that it averages around 20 mpg. You will be lucky to get 15 in a Defender with a LS3 engine. 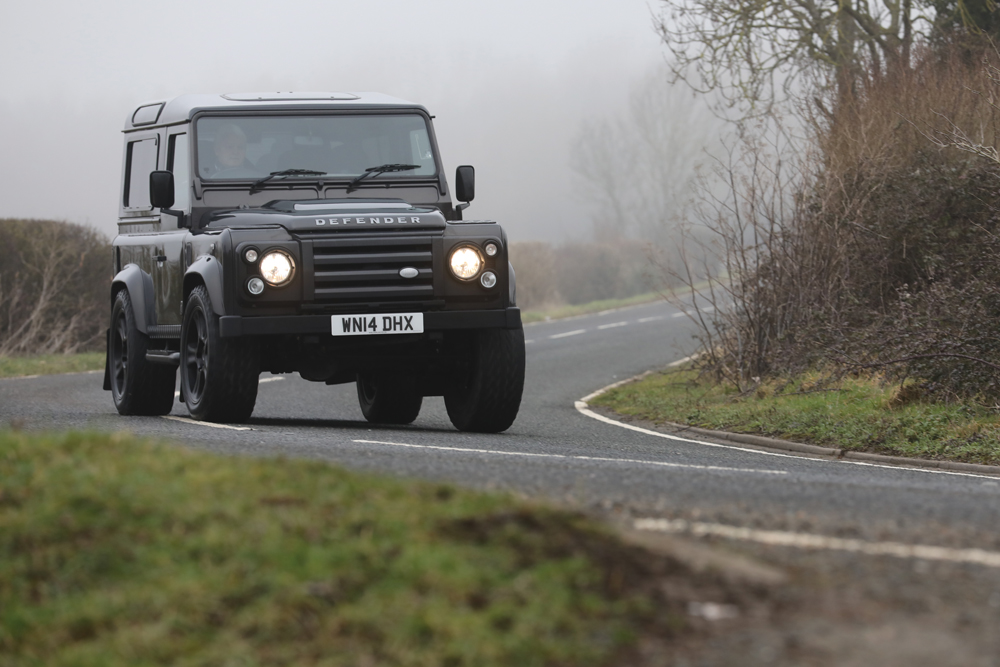 This Defender is quick

While it still feels and looks like an original Defender, once Andrew gets it up to 70 mph it certainly feels more sure-footed and smoother.

I ask if I can have a go? I pull away in second and take the turn-off onto the A1. I quickly make my way through the gears, not bad at all. I barely make it to fifth before reaching the speed limit and it has much more to give. I have never felt more comfortable at that speed in an old Defender. I put it into sixth. I hate to say this but it’s one of the smoothest Defenders I have ever driven. 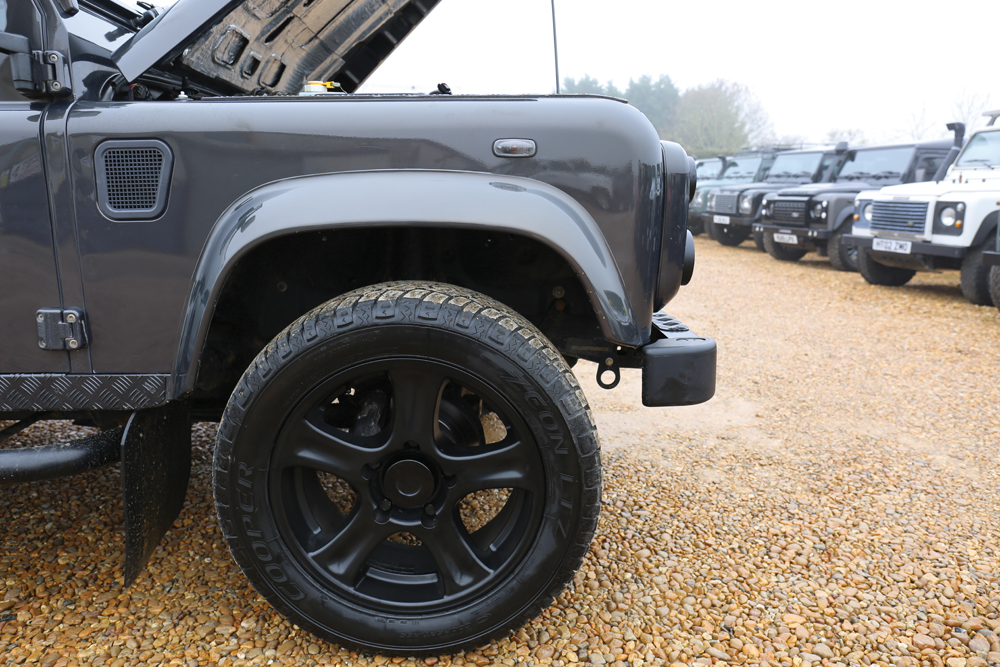 Apart from the engine, one of the other major changes is the suspension. It has specially-made progressive fast road springs, Fox V2 shocks (valved to suit the application) and an anti-roll bar. The other important thing to get right are the wheels and tyres and to me it feels as if they most certainly have.

Andrew explains: ‘‘If you want to go quickly in a Defender you need direct-fit 20 inch wheels; these are Silverline ones. Then we went for a lower-profile, slightly wider tyre that improves the way it corners. If you use something like you have on your average Defender, then the difference is like night and day.’’ 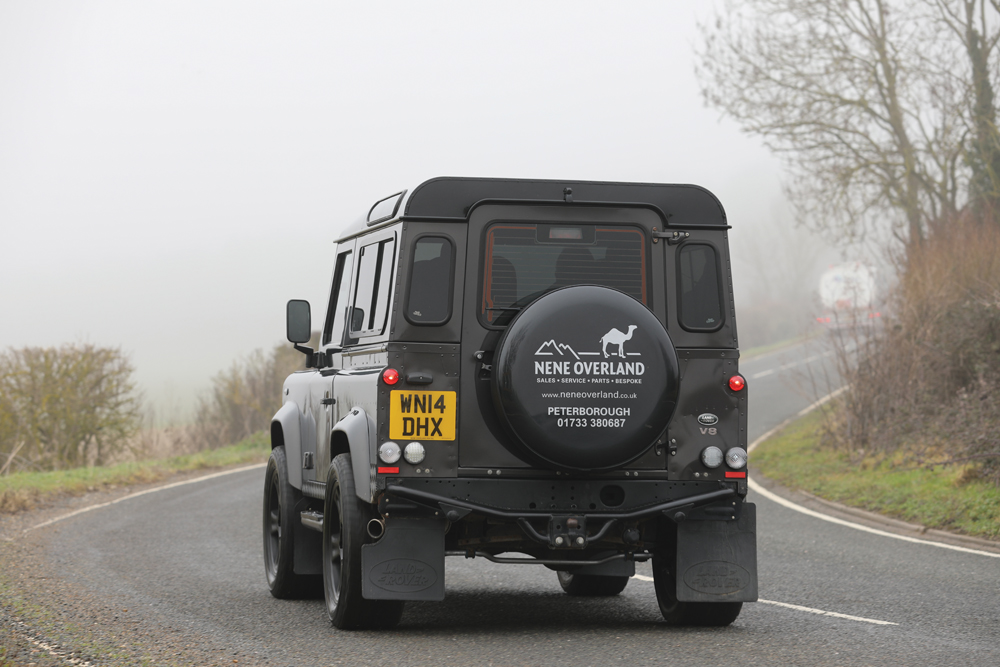 I test the standard brakes and uprated suspension in a fast corner, there is not as much roll as in my 110 obviously, while braking is sharp and sufficient. I still find driving a Defender quickly an alien concept. Soon we are back at the Nene Overland workshop. The joyride has been too short.

While they have become experts at these conversions I ask Andrew if he is not worried about finding donor old Defenders for these projects. ‘

‘The most popular price band at the moment is between 20 and 30k for a 2008 to 2010 Defender 90 XS," he says. "It won’t be long until those vehicles will need a bit of work done to them to make them presentable. I believe the future is rebuilding old Defenders and making them look like new, with a V8 engine. This is a rare example of a manual V8 and comes at a good price. 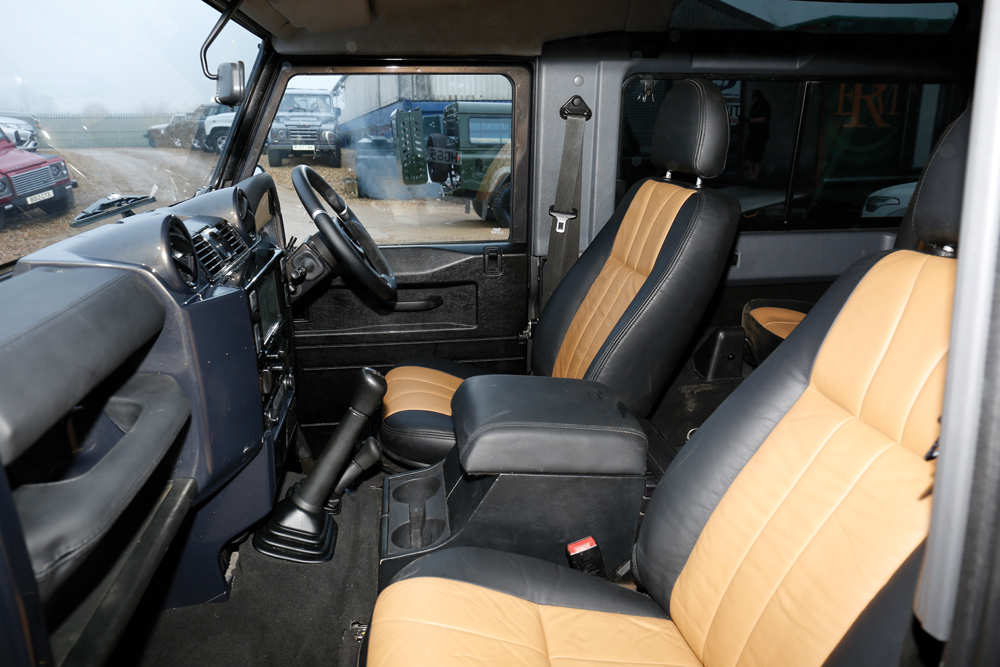 ‘‘Land Rover rolling out high-price old Defenders is good for us, as it educates people. There is a certain person who will obviously only buy from Land Rover, while there are other people who will come to us. No one else will be able to get this engine to fit and run the way we have.’’

Andrew is definitely a man who believes in what he is doing, and he certainly knows the Land Rover market inside out.

The Land Rover landscape has changed so much in the last five years. It was only a few years ago that Nene Overland were selling V8s as part of their Icon brand until they got letters from JLR's lawyers for using the word Icon. They were not alone, so did many other Land Rover specialists. Andrew has now found another name for his V8 offerings, he is calling it Rivolve (rivolve.com). As the Land Rover world revolves, Nene Overland has "rivolved" with it.