John Knapton owns two Land Rovers with an age gap of 71 years, and he’s the king of an African tribe.

John Knapton is unique among Land Rover owners. He owns one of the very earliest Series Is — a pristine 1949 model — as well as a brand-new Defender. The age difference of 71 years between his amazing brace is almost certainly the greatest in private hands.

You could call this man Land Rover royalty – and probably should, because he also happens to be the king of an African tribe, a title bestowed upon him in gratitude for the fruits of his labours as a civil engineers in a remote corner of Ghana. Now 71, John is happy to tell LRM readers about his remarkable life.

It was through his work as a civil engineer that John first got to appreciate Land Rovers, as he explains: “While working on the A1 Seaton Burn Diversion in Northumberland in 1969 we had a fleet of Land Rovers. My job was to erect batter rails in the fields ahead of the earth moving equipment. This involved knocking 4x4 inch stakes into the ground using a 14 lb hammer, all carried in the back of the Series IIA.

“There is a group of Land Rover enthusiasts who are seldom mentioned – the civil engineers who drove them along the motorway construction sites during the heyday of UK road construction.

“The first Land Rover I bought was in 1989 – a Ninety hard top which my civil engineering practice used it as our site vehicle. We had lockers built into the back to carry our theodolite, tripods, measuring staff and dumpy level. We even fitted it out with one of those new-fangled analogue radio telephones.

“Since then I’ve owned a Series IIA which National Trust gave me in return for surveying the bridges at Cragside Estate in Northumberland, then a Td5 and a couple of Defenders with Ford (Puma) engines and, finally, a Heritage 90 Estate (reg E1 HUE) at the end of old Defender production. 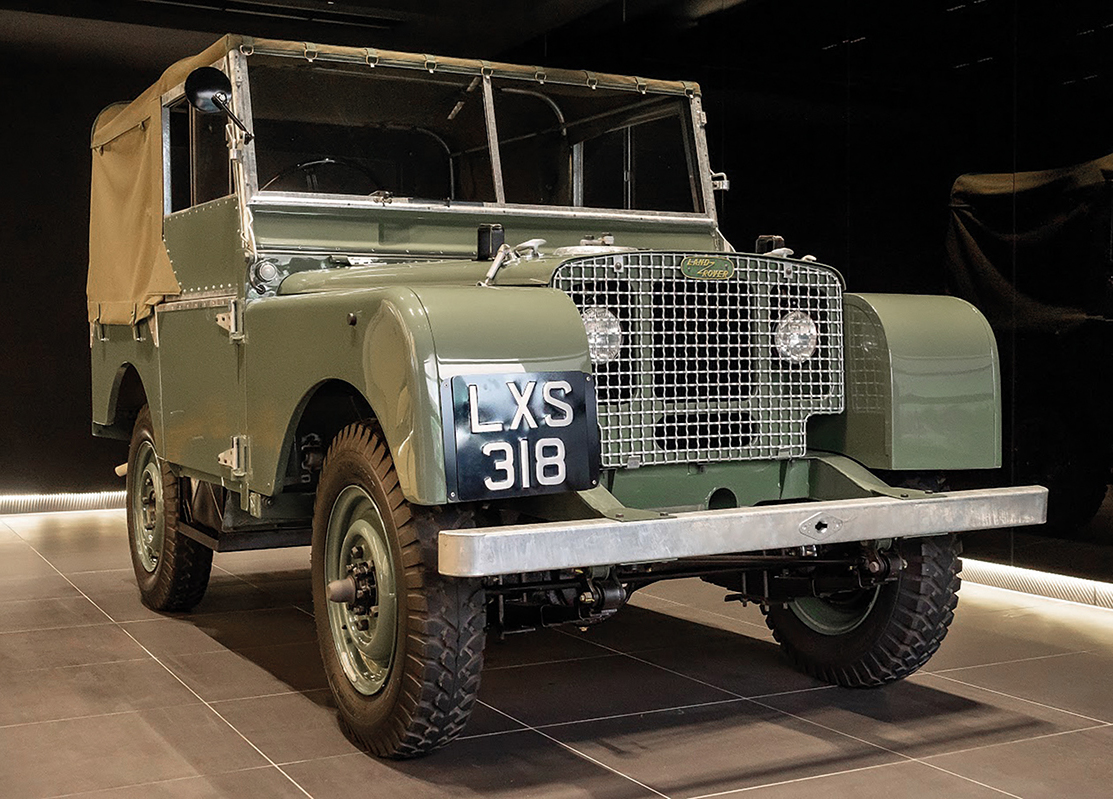 “Then, shortly after all of the Heritage Defenders had been manufactured, JLR announced the Reborn programme and I just had to have one. I discussed my requirements with Michael Bishop and asked if he could source a donor vehicle which was made when I was made (March 1949). It took two years to find, but he found it at a vineyard in South Australia.

“I enjoyed visiting Classic Works at Ryton during the build. All of the main items: chassis, transmission, dash, instruments, axles, body panels, bonnet and wheels were present. They re-manufactured every part, supplemented with new-old parts to replace missing parts. 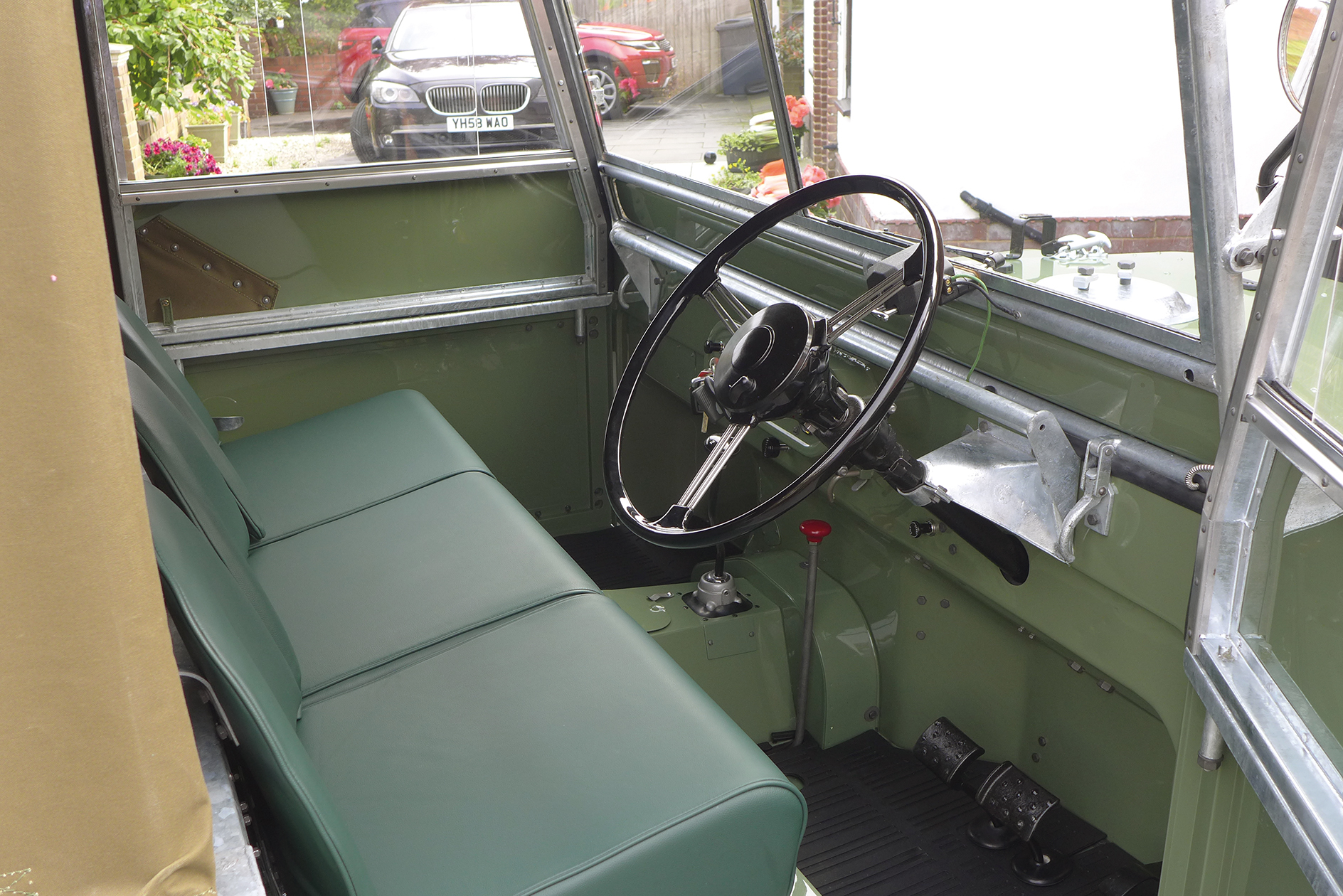 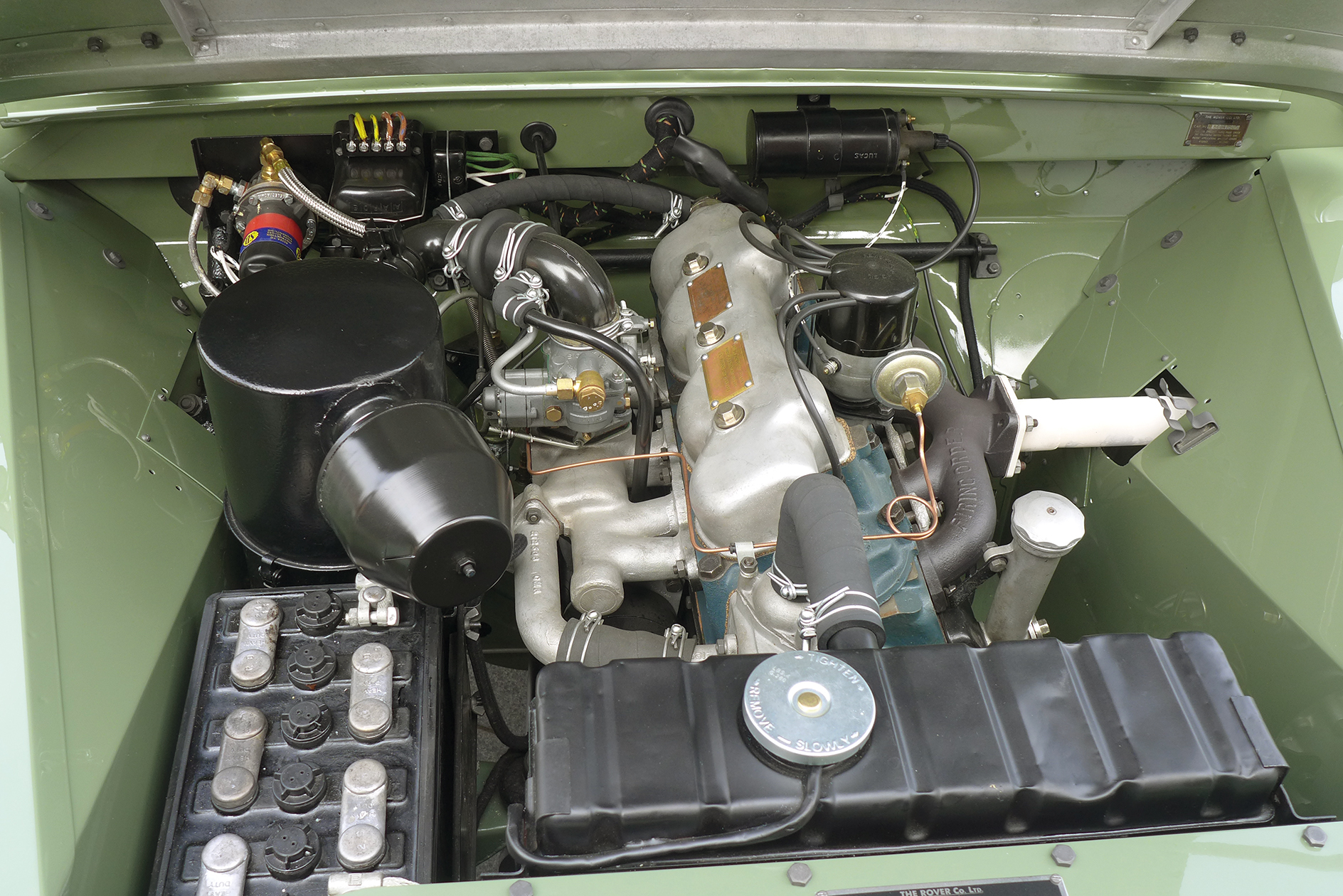 “The lengths they go to are extraordinary, for example spending several days repainting the dials of the instruments. They are particularly proud of the bodywork panels, which are so good the paint looks wet. Michael Bishop was anxious to show me the horizontal corrugations in the cowling below the dashboard, which are a result of insufficient oil being used in the aluminium sheet press. This is how you know the vehicle is genuine.

“I took delivery on July 30 last year. I drive it around my home in Whitley Bay on dry days as a way of de-stressing and regaining a sense of reality. I also enjoy just spending time in the garage with it, pretending it needs to be cleaned, while admiring the quality of the refurbishment.

“The best thing about Series I ownership is that it reminds me of what driving used to mean – you spend all the time actually controlling the vehicle using your own strength and there can be no distractions. All of your senses and many of your muscles are involved.”

All LRM readers can appreciate that. But why has he now splashed out on a new Defender?

“Despite the views of the purists, I think they’ve got it spot on,” says John. “I think it’s similar to the Mercedes G-Wagon, at less than half the price. I have to confess I did consider buying a G-Wagon when JLR closed the old Defender production line in early 2016.

“I couldn’t resist getting a new Defender in Pangea Green with a white roof and white steel wheels, to match my Reborn car. I’m taking delivery in June. Can you imagine what they will look like together?”

To get a rough idea, John allowed his precious Series I to be displayed alongside a new Defender at a launch event organised by franchise dealer Stratstone, where he also enjoyed a test drive in the new model. But how does he describe the contrast between a very basic 1949 Series I and a 2020 new Defender?

“Similar to contrasting me at birth with me at 70!” laughs John. “You know you’ve bought the right car if you have a quick look over your shoulder when walking away from it. I do this with the Series I and I’m sure I will do the same with the new Defender. They both have a spare wheel bolted on the back— hurray! I’d never buy a car without one.”

John says the Defender will share everyday driving duties with his 2008 BMW 7 series, including making the regular two-hour trip south to watch his home-town team, Rotherham United. “If we lose on a regular basis the Defender will cushion the blow on the drive home,” he quips. 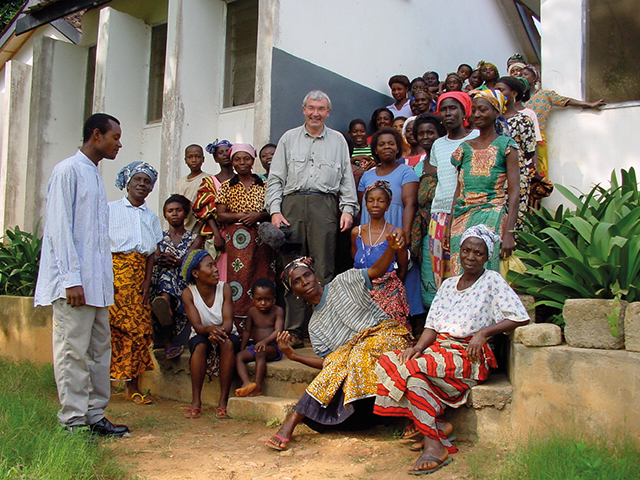 King John and his loyal subjects

But how did John become a king? He explains: “I am the Chief of the village of Ekumfi-Atakwa in Ghana, where I am known as Nana Odapagyan Ekumfi the First. This means I am also a minor King. It came about when I was Professor of Structural Engineering at Newcastle University, where I supervised a student from Ekumfi-Atakwa, who later became an eminent academic in Ghana.

“Together we carried out several projects in Ekumfi-Atakwa, including building the John Knapton Library and driving a double-decker London bus to Ghana to take children from neighbouring villages in Ekumfi to the library. We also installed a borehole which has been supplying clean water for over 20 years — previously about five children had been dying every year because of contaminated water.

“The local witch doctor objected to the borehole, because he saw that it would diminish his power over the local population. However, at a depth of 57 m, we struck an underground river which produced a gusher – all we had to do was cap it. As a result of this, the witch doctor said I had more power than him, so he retired, and died shortly afterwards.”

England has only ever had one King John, who famously lost his treasure in quicksand in The Wash 1216. Our modern-day King John already has two Land Rovers to treasure, but he admits that he has room for one more in his garage: “If the right Forward Control 101 came my way, temptation would probably win out!”