No-one knows where Philip Bashall’s devotion to Freelanders comes from, least of all Philip himself!

It would be fair to say that many hardcore Land Rover fans have been, at best, rather dismissive of the Freelander, condemning it for not being a ‘real’ Land Rover. To the company that designed and built it, it was probably another life saver on a par with the first Discovery. It undeniably filled a niche in the market and for several years was Land Rover’s top seller. By the end of April 1999 it was at the top of the UK 4x4 sales chart, having sold twice as many as its nearest competitor, which was the company’s own Discovery II. At the same time, the Freelander had become the best-selling 4x4 in Europe, outselling its nearest rival by 40 per cent.

But when it first appeared on the scene it was all a bit odd compared with the Land Rovers that had gone before. It was a monocoque, so the traditional strong, separate chassis was absent. The outer body panels were not made of aluminium – most were zinc-coated steel, but the front wings and both bumper aprons were plastic. It had independent suspension and transverse-mounted engines sourced from the Rover car side of the business. And, most importantly, there was no low-range gearbox for off-road use. 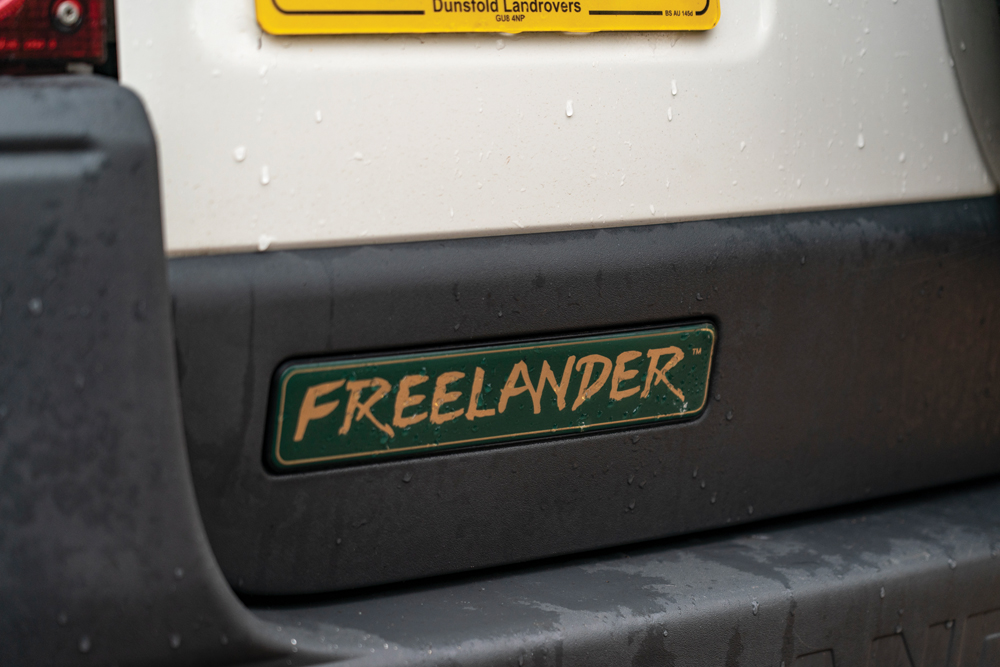 Moulding recess for badge was designed for planned Highlander name, which turned out to be owned  by Volvo. Second choice name had to be the same length!

Many people in the factory even had their doubts about whether it should carry a Land Rover badge. It could just as easily have been launched as a Rover car back then. Roger Crathorne, who was running Land Rover’s demonstrations, exhibitions and training operation at the time, was asked to evaluate the new vehicle off-road and offer an opinion as to whether it should be a Land Rover or not. He was impressed with it, except for one thing, which was the fact that excessive braking was required to control the Freelander on steep descents. The solution to the problem was the re-engineering of the ABS system to create what became known as Hill Descent Control.

The Freelander also looked more like an estate car than a typical Land Rover, which was hardly surprising because its roots lay in an attempt by the company in the late 1980s to design both an MPV inspired by the success of the Renault Espace, and a ‘lifestyle 4x4’ inspired by the Suzuki Vitara. It had also very clearly been engineered with on-road driving comfort as a priority and was the first Land Rover to recognise that on-road capability was going to be more important to buyers than the marque’s traditional off-road competence. 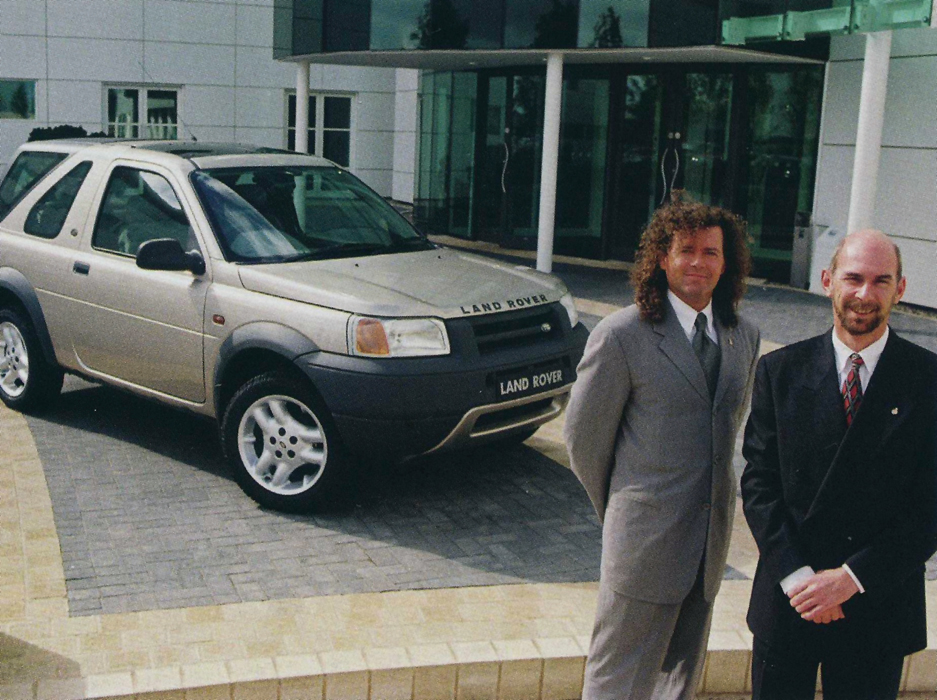 It was also the vehicle that launched the stratospheric career of Gerry McGovern, who was given the job of perfecting the final design. By then the company had been bought by BMW and, because the Freelander was going to be developed with their investment cash, they decided to assign their design chief, Chris Bangle, to the project as well. Quite who did what has never really been made clear, but between them McGovern and Bangle came up with a number of critical design tweaks that dramatically improved the look of the vehicle, such as the shape and size of the wheel arches, the stepped roofline and the barrel-sided body profile.

With hindsight, it was the beginning of a dramatic change in how Land Rover positioned itself in the market, a trend that we continue to see evolving to this day. None of this immediately endeared the Freelander to fans of the vehicles Land Rover had been building since 1948, but the people buying the Freelander in droves would never have considered a traditional Land Rover vehicle – the Defender was too utilitarian, while the Discovery and Range Rover were either too big, or too expensive. The Freelander concept became embedded in the mainstream strategy of the company, in due course morphing into the Discovery Sport, but the Freelander name did not survive. 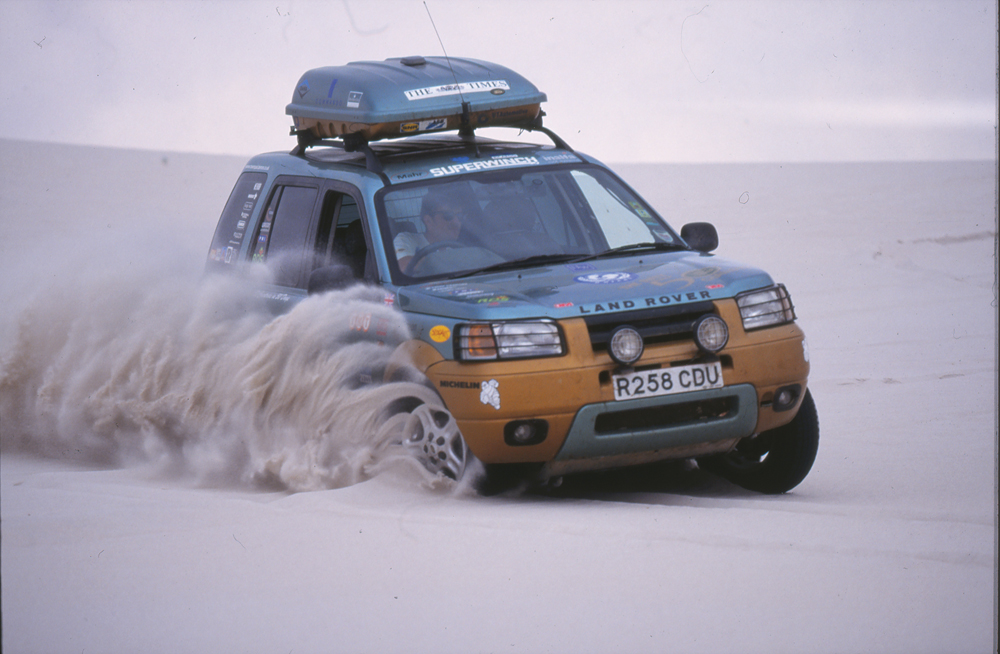 The Freelander acquitted itself well on the Fifty 50 Challenge

“I can’t say that I was particularly keen on the Freelander when it first appeared,” says Philip Bashall. “It wasn’t a vehicle I particularly wanted to own although I was obviously pleased that it had become such a runaway sales success. The first Freelander vehicles that came to the Dunsfold Collection were the two engineering development mules that were fitted with Maestro van bodies, and the two K-registered five-door prototypes dating from 1993 and 1994 that are on loan to us from the British Motor Museum. We also have one of the Fifty-50 Challenge expedition vehicles and the Challenge promotional vehicle, which is actually a 1996 pre-production vehicle. The G4 Freelander was donated to us in around 2003 and is a very interesting survivor.

“These are all historically-important vehicles and rightly deserve their place in the Dunsfold Collection, but it was only a few years ago that I started to see the importance of preserving early Freelanders. In fact, it was probably around the same time that I saw the light regarding the P38A as well! 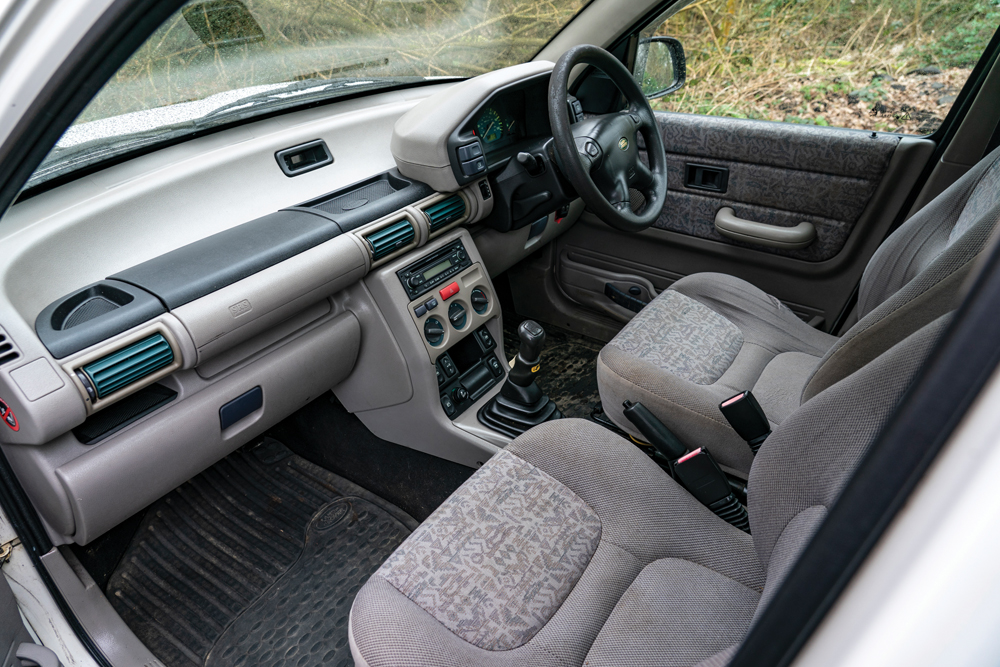 “Today, the Freelander is an important part of Land Rover’s history and evolution, and in engineering terms was a dramatic departure from the company’s traditional approach. You can see many of the things that were pioneered in the Freelander embedded in every production Land Rover model that followed it. It can be a more than capable off-roader as long as you bear in mind the relatively low ground clearance and fit a decent set of tyres, and of course it is excellent on the road.

“They are as cheap as chips now and you get a lot of car for your money. The zinc coating on the steel panels means corrosion is generally not too bad. Hundreds are being scrapped because of relatively minor issues that a garage will charge a lot to fix. R326 BDU is a case in point. It is a 1997 early production five-door and has the very distinctive black door surrounds. These were a design feature that Gerry McGovern was apparently very keen on, but they added significantly to the production costs and were quietly dropped early on. I agree with Gerry and think they look good, especially on a rare white vehicle like this one. I suspect this car might have been a Land Rover Experience fleet vehicle in its early life, because the white colour scheme was never popular with private buyers.

“Many of the pilot production models built in 1997 had registration numbers in the R-BDU series like this one, and several from this series were used in the global press launch in Spain. Other early production vehicles were in the R-BAC series, including the first press fleet vehicles, and there were also vehicles registered in the R-CDU sequence.

“I saw this one for sale on Auto Trader and ended up meeting the seller in a car park where cash changed hands. It was missing its rear propshaft so it was a two-wheel drive Freelander, and it had a history of recent MoT failures for things like brake calipers and exhaust leaks.

"You can imagine that the owner had simply decided that he or she just didn’t want to throw any more money at something that wasn’t worth more than £1000. But it had just 86,000 miles on the clock and it was a very early vehicle, with chassis number 600682.

"These early cars can be full of surprises. The Lucas digital clock wasn’t working so I pulled it out to replace it, only to find that it was the original one dating from 1997 and had the word protoype written on it back in the day by someone at the factory!

“I bought the vehicle myself with the intention of doing some work on it and making it available to the Collection for hire and events, but Jean, the wife of a Friend of the Collection, saw it and fell in love with it as well, so I sold it to her.

She subsequently decided she wasn’t using it enough, so I offered to buy it back. They’re easy to work on and with not a lot of investment and effort you can get yourself a perfectly sound daily driver.” 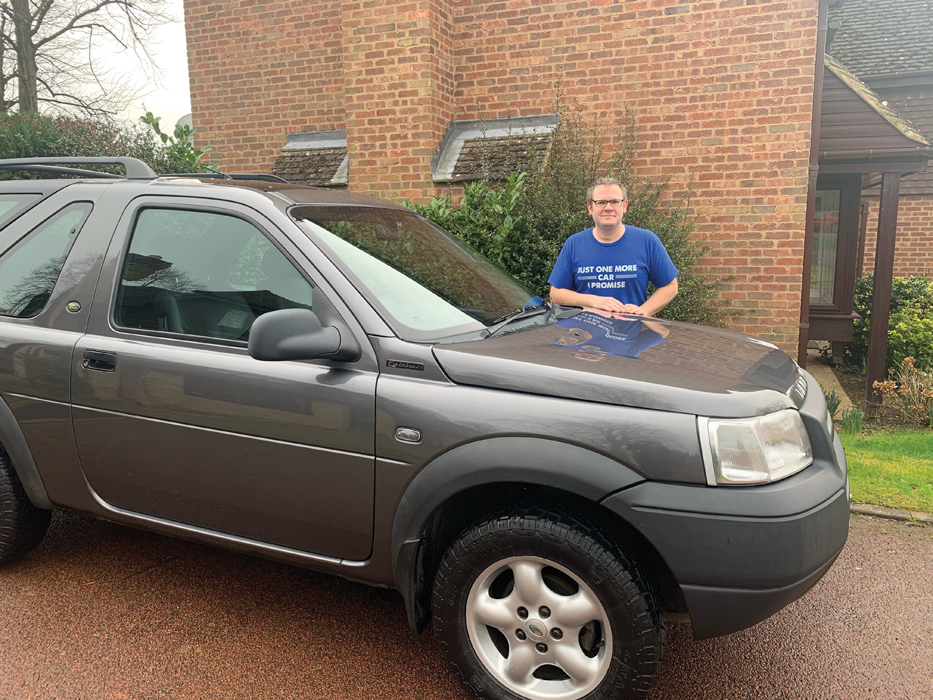 Greg ‘Kalahari’ King is a convert

Ex-Defender engineer Greg King agrees. “I was facing a winter problem,” he says. “I had been running a Discovery Sport as our family car, but it had to be returned to the dealer in December as I reached my mileage limit, and my new Defender wasn’t yet available. I needed something to tide me over, and Philip Bashall had a pretty clean 2003 Freelander Td4 Kalahari for sale. It had a large history file but, as is so common with these vehicles, the IRD [transfer box] had started to fail and the rear propshaft had been removed, meaning it was running in front-wheel drive only.

“Although I would have been happy to use it like that I decided I’d put it back as it should be, as having a two-wheel drive Land Rover just seemed wrong! I sourced a good used IRD unit from a late 2006 vehicle and had the viscous coupling unit reconditioned by Bell Engineering. It is the progressive stiffening of the VCU that causes the IRD unit to be overloaded and fail. It was fitted just in time for the snow, by Blackbird Industries, as having a ramp makes this job a lot easier.

“Other than that, I’ve given it a full service, fitted a new anti-roll bar link due to knocking, which is a common fault. I also cleaned the EGR valve, changed the pads and repaired the driver’s seat. It is incredibly easy to work on. The anti-roll bar link is simply two bolts and is literally a five minute job!

One thing I’ve noticed about Philip’s Freelander habit is how often his cars seem to multiply. It’s as if shutting two Freelanders away in a darkened garage leads them to replicate themselves in mysterious ways, because the next time you look in the garage there are four of them, and when you look again there are more.

Philip can only offer one explanation. “The internet makes it too easy,” he laughs. “All you have to do is press a button and you’re suddenly the proud owner of another one.

"One of my favourites is probably the 2006 Pre-production Freelander 2, which is fitted with the Volvo 3.2 litre DOHC petrol engine and six-speed automatic transmission. It was never a popular option in the UK. A friend spotted this one in Portugal and I asked him to leave a note on the windscreen asking the owner to contact me if he ever wanted to sell it. Six months later, he did, and we were able to acquire it for the Collection.

“Some of my friends have been known to groan aloud when I mention that I’ve come across another early and interesting Freelander, but they are worth saving. In the not-too-distant future we will wake up to find that most of them have disappeared forever. I’m hoping they will start to go up in value as more people realise what a good car they are,” he says, wistfully.