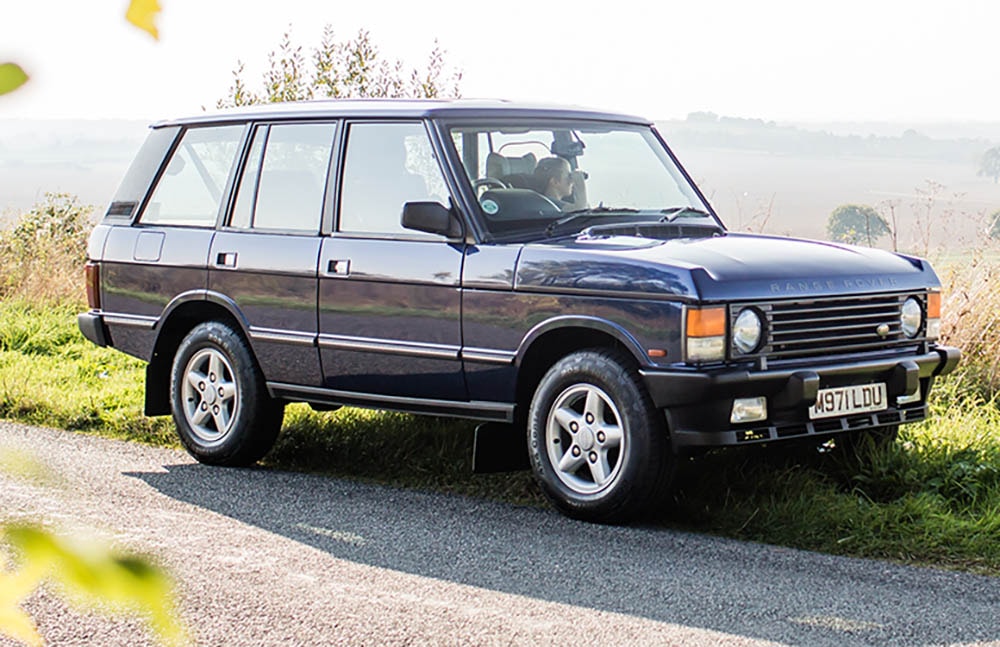 Alisdair Cusick diagnoses the root of a stalling issue on his 1995 Range Rover Classic. Here he discusses the system – and the fix

Work safely: Wear eye protection when spraying brake cleaner and cleaning the parts; Wear gloves to keep solvents and oils away from skin.

We all know the Rover V8 is a great engine. Smooth, quiet, with ample power and torque, it is the perfect partner to an automatic Range Rover or Discovery. It is, by and large, a fairly reliable unit, and problems are now well known. Crucially they need oil in good condition, so regular oil and filter changes are the best thing you can do to maintain the health of your engine and prevent issues around the camshaft and top end wear. Other major issues like slipped liners are a little less easy to prevent, as some units suffer from this, others don’t.

Most of the other potential problems on later Efi versions of the engine will be sensor-related. This is another area where accurate diagnosis of symptoms can help pinpoint whatever is causing the problem, and then going from there. At least with so many engines around, a sensor from another vehicle can usually be swapped for test purposes before replacing the unit perhaps unnecessarily.

My own 1995 Range Rover Classic with the 3.9-litre V8 recently threw up one such issue. It would stall when rolling to a halt, usually at traffic lights or a T-junction. The car is an automatic, so stalling couldn’t be a driveline issue (the transmission was working perfectly), so it had to be a fuel, air, or metering problem. Here’s how I narrowed it down. 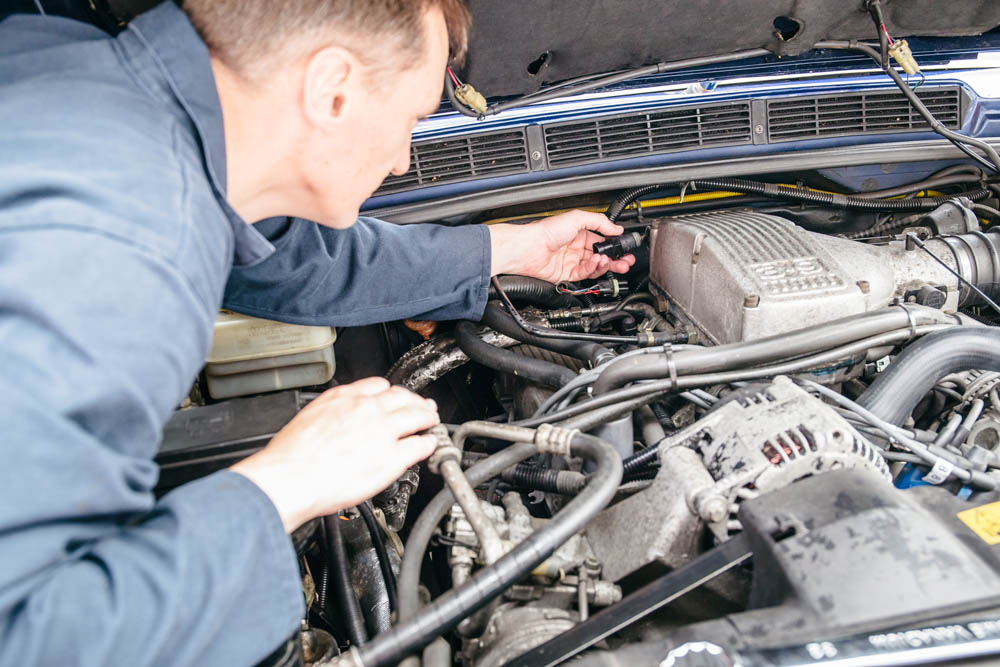 Alisdair gets under the bonnet to diagnose the problem

If the cause was a fuel problem, it could be a pressure issue. Fuel pressure loss could be due to a failed, or failing, fuel pump, or corroded fuel pipes, or a blocked fuel filter. After stalling, my car started immediately, revved and drove well, so I ruled fuel out of the equation.

Air leaks could upset the air/fuel mixture, causing lean running, or other running issues. I looked for any loose hoses to or from the plenum, and for splits in feed pipes, but found no problems. Ideally, you could check for air leaks around the plenum system joints, but I was doing this by the roadside, so you would need a workshop if it turned out to be that. Before thinking of joint leaks, I decided to consider a sensor-related problem.

The Efi system uses several sensors to give a measured value to components so the ECU can control the system. Simply, the core engine parameters are checked thus: air is metered by the MAF (mass air flow) sensor, fuel by the ECU and injectors, and oxygen in the exhaust by the Lambda sensors. Aside from that, the ECU also uses speed sensors, a throttle position sensor, an idle control valve and temperature sensor to accurately meter the parameters for the running program. A drop off in performance of any one of those can, to some extent, be masked by the ECU altering the map to compensate, but a failure or major drop in performance of any of these components will cause an issue. This was where I thought my problem would be. The car ran well in all other respects; it just stalled at idle. Therefore, I put my money on the idle control valve.

The idle control valve (sometimes called the stepper motor) is basically a plunger into the plenum chamber, controlled by the ECU. Its job is to allow and control a flow of air into the intake, thus altering idle speed. You may think it just works on start-up, but its work is actually initiated before then, on the previous engine shut-down. As you shut off the engine, it pulls the plunger back, ready to allow maximum air flow when you start the engine again. You may hear the short buzz as it does this task.

So, on start-up, the idle control valve is then ready, and allows an open flow of air. The engine fires, and an initial idle is set (around 800-850 rpm). As the engine warms, control of the air is passed to the MAF signalling the ECU. As it does this, the stepper plunger winds out, and the idle drops to the more typical 650-700 rpm. On the move, the stepper motor then works to balance idle speed for moving, coasting, or slowing to a stop.

This is where our problem lay, for you may realise that if it fails, or is gunked up with crud, the engine can’t get the correct air supply, so it either races at a higher idle or, as in my case, it stalls.

Thankfully, there is a simple initial way to try and cure the fault. The stepper motor can be removed from the plenum, and inspected. If it is heavily deposited with muck from the intake system, then sometimes cleaning with brake fluid is all that is needed, otherwise the unit will need replacement. Whether cleaning, or replacing the unit, the process is identical, and it’s a simple job. Here’s how to do it... 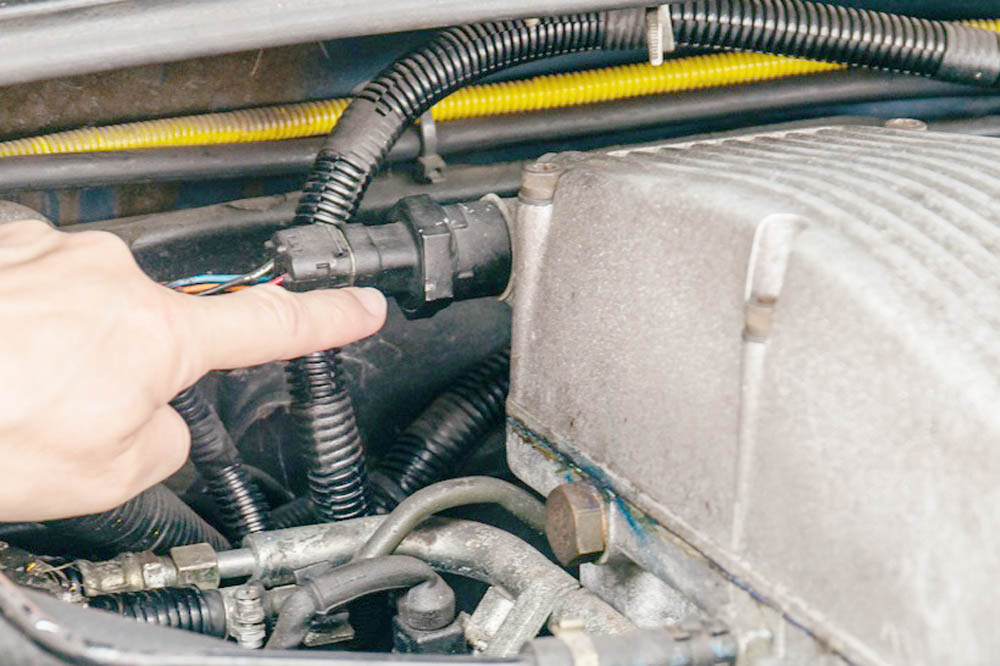 The Idle Control Valve (ICV) is located at the rear right side (from driver’s seat) of the plenum chamber. You’ll need a 32 mm spanner to undo it 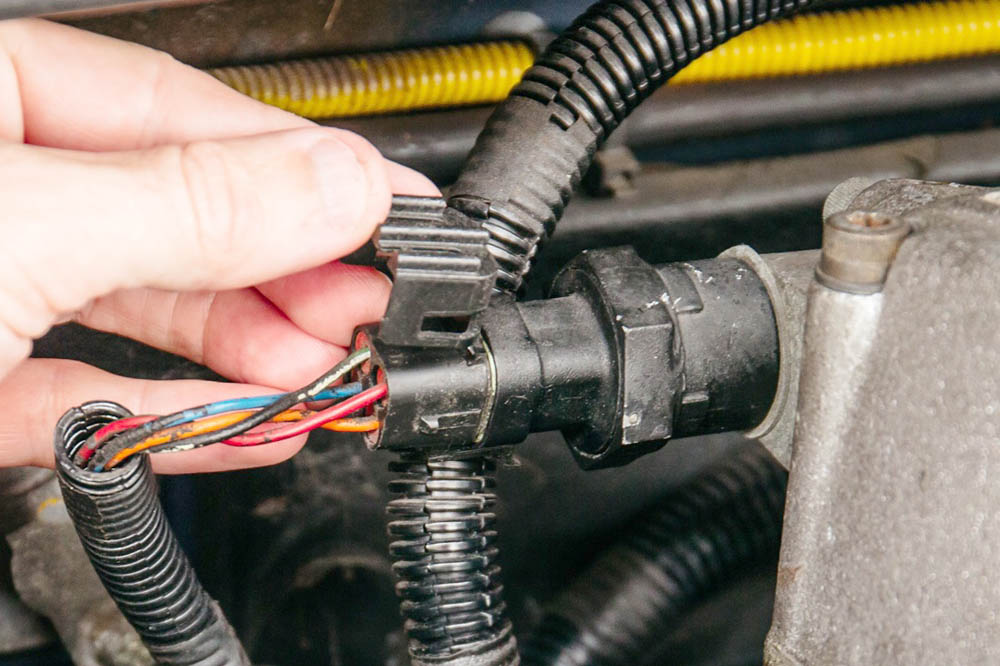 Carefully prise off the wiring cover. There’s a prong each side which is very easy to split off from the clip, so take care 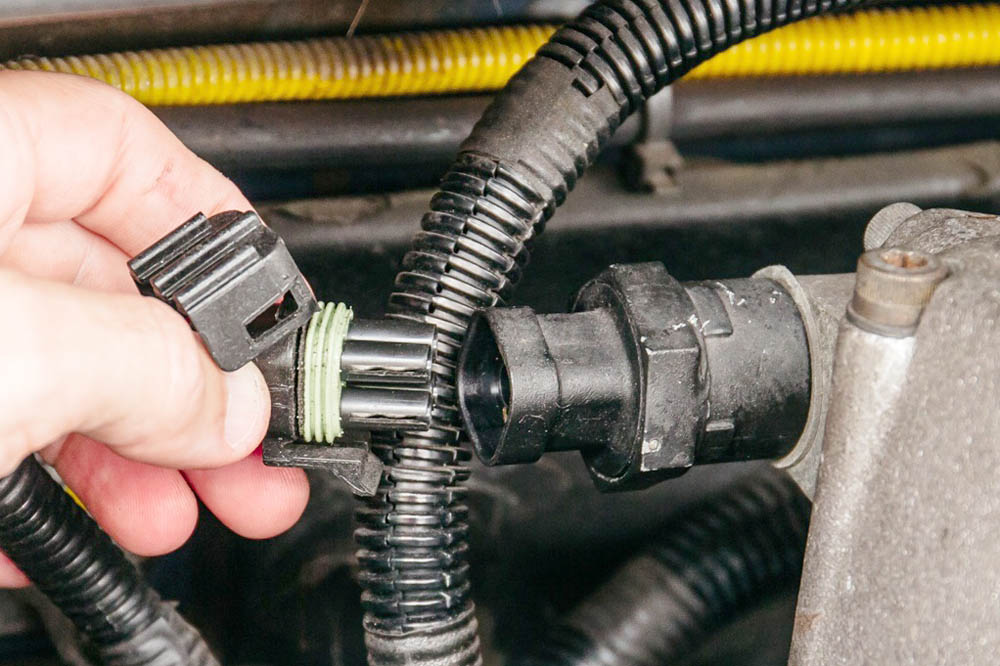 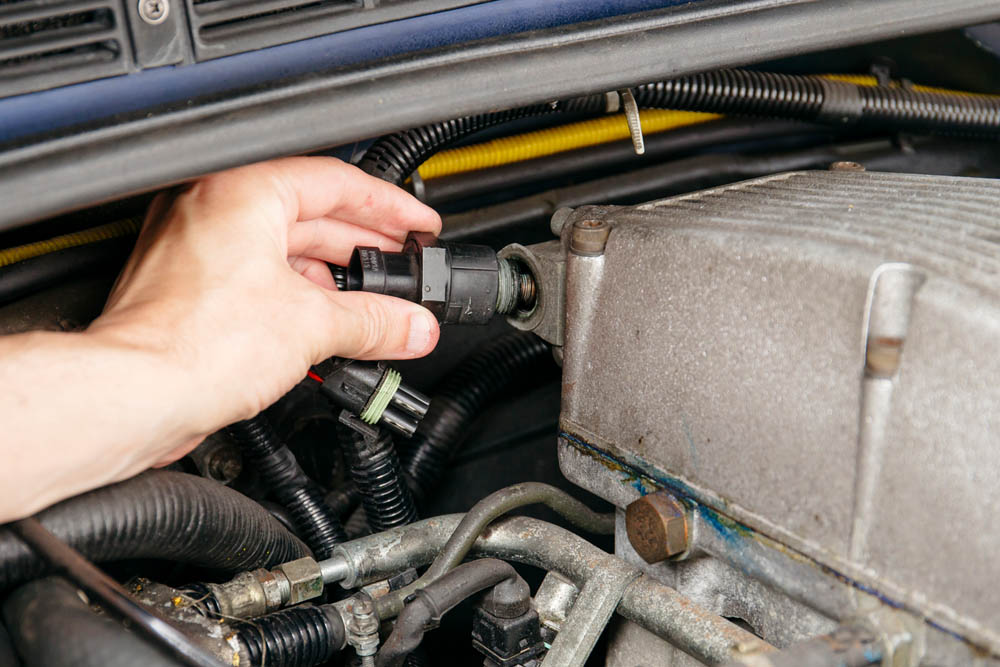 Undo the unit from the plenum using a 32 mm spanner, taking care not to destroy the fibre washer on the mating face 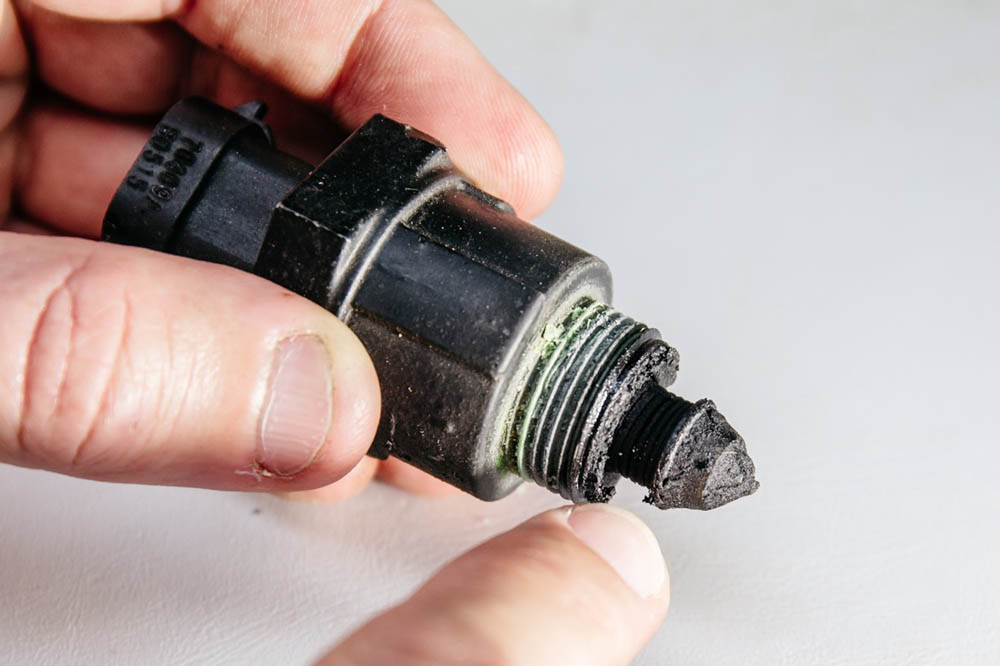 The end should be clean, but here it is clearly gunked up with accumulated oil and intake grime, which will prevent correct operation 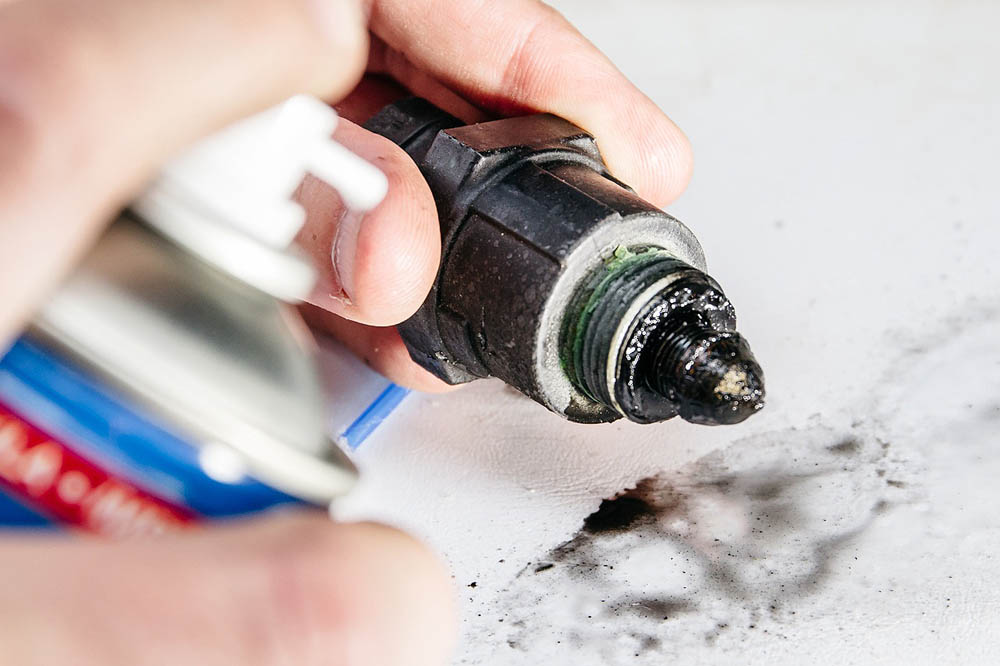 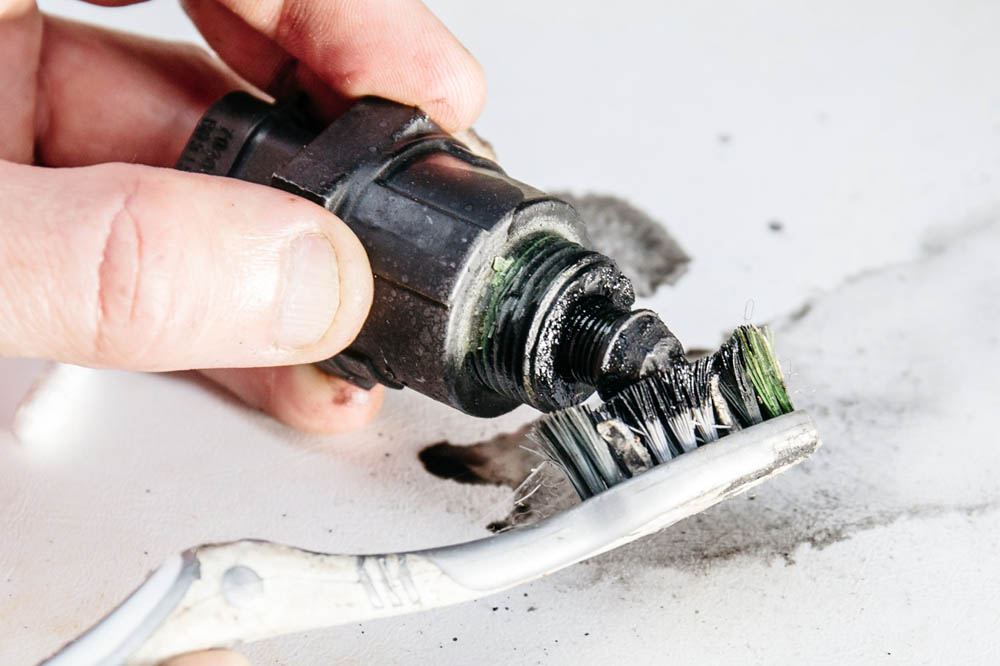 Work brake cleaner into everywhere with an old toothbrush. Safety specs on to catch the inevitable flying cleaner 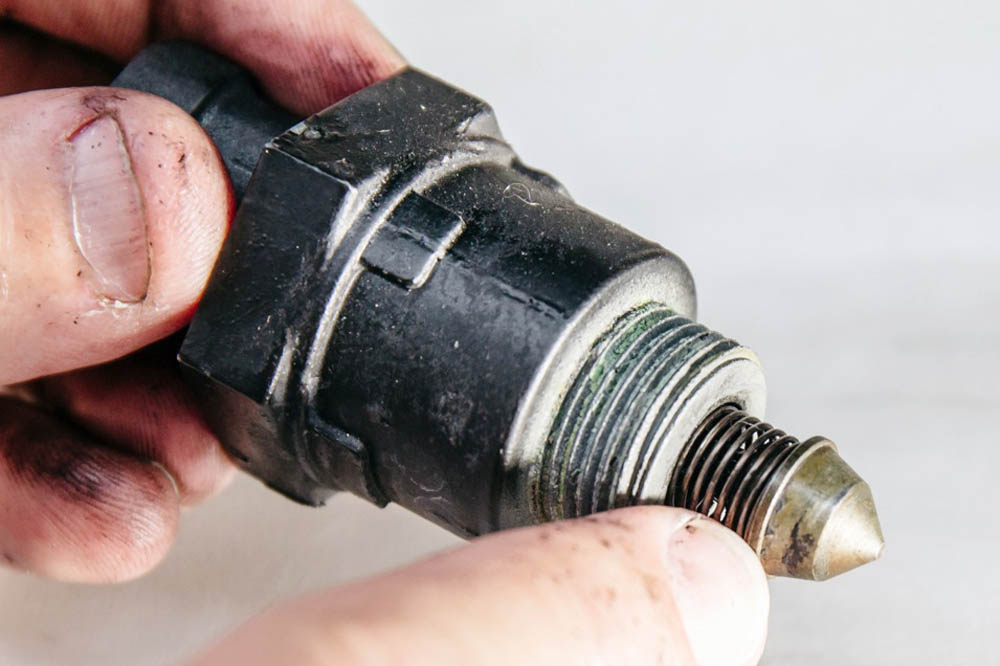 The end result. Also give the mating face on the plenum an equally good clean – crud there can also cause an issue 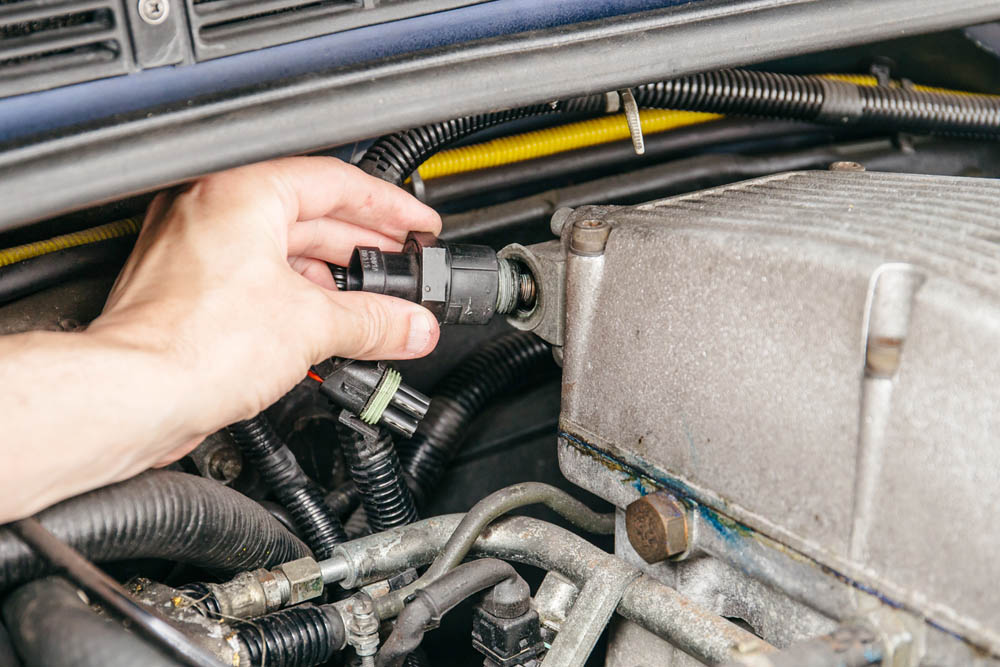 Refit the cleaned valve in the plenum and reconnect. The body is plastic, so don’t overtighten. Take it just tight, plus a sixteenth of a turn 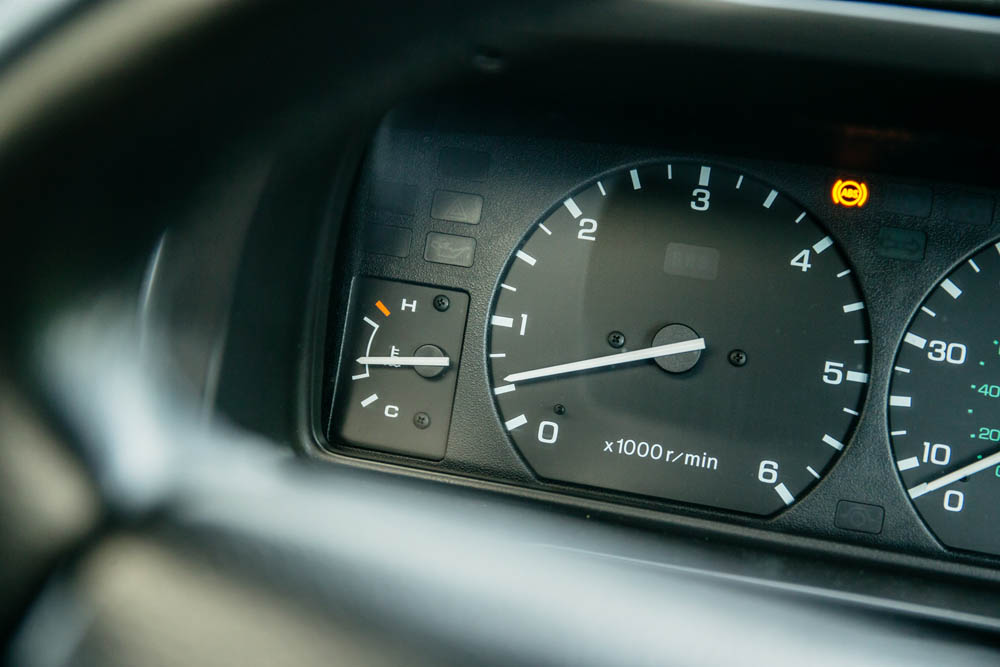 Give the vehicle a road test to check correct operation and idling. Now, I have the correct speed with the car in D

The EFI system’s ability to alter its parameters will cause you a problem if you have cleaned or replaced the stepper motor. If you just drive it half a mile down the road, it will likely repeat the initial issues. The ECU needs to learn the characteristics of the new component, so a drive for half an hour is needed. Be sensible and gentle, and drive in a mixed road route, taking in some traffic, motorway speed and stop-start to give the car chance to adapt to the new part. Be sure to throw in some traffic lights and T-junction halts to demonstrate the stalling issue is cured. Slower stop/start driving allows the ECU the learn the part throttle and trailing throttle parameters. Only then can you judge the new idle speed and the correct functionality of the stepper motor.

Sure enough, all my idle control valve needed was a good clean and a drive afterwards. However, if you have a very high idle, or still have a stalling issue, then you will likely need to replace the ICV. One Land Rover specialist reports issues with very cheap ICVs, so make sure to buy a quality aftermarket or OEM type.

Get screwed for life