Just some of the Defender line-up over the years : credit: © JLR

Production of the original Defender ended in January 2016, but that wasn’t the end of the story by a long chalk, as Greg King explains…

Over the last three parts of this story I have taken you from the very beginning of Ninety and One Ten production, through to the introduction of the Defender name in 1990, and on to the last day of Defender production on January 29, 2016. I cannot think of another vehicle having been produced in one location continually for such a long period of time. Land Rover production ran from 1948 to 2016 – almost 68 years – at Solihull. Even the VW Beetle cannot come close to that!

The management team at Jaguar Land Rover made it clear on the last day of production that Defender would continue at a later date in a new form. At that stage in 2016, although not confirmed, it was intended that new Defender production would be launched in beginning of 2019. In fact, it was ultimately launched six months later than the original plan at the 2019 Frankfurt show.

It was clear that Land Rover needed to keep the Defender nameplate in the public eye and demonstrate the commitment the brand had towards Defender – the original Land Rover. Jaguar Heritage had been set up in 2013 to support the classic Jaguar market, offering workshop services, spares, and in 2014 the first of the Jaguar continuation models – the lightweight E-type. It had been intended for some time that this type of support would be offered to Land Rover models too. 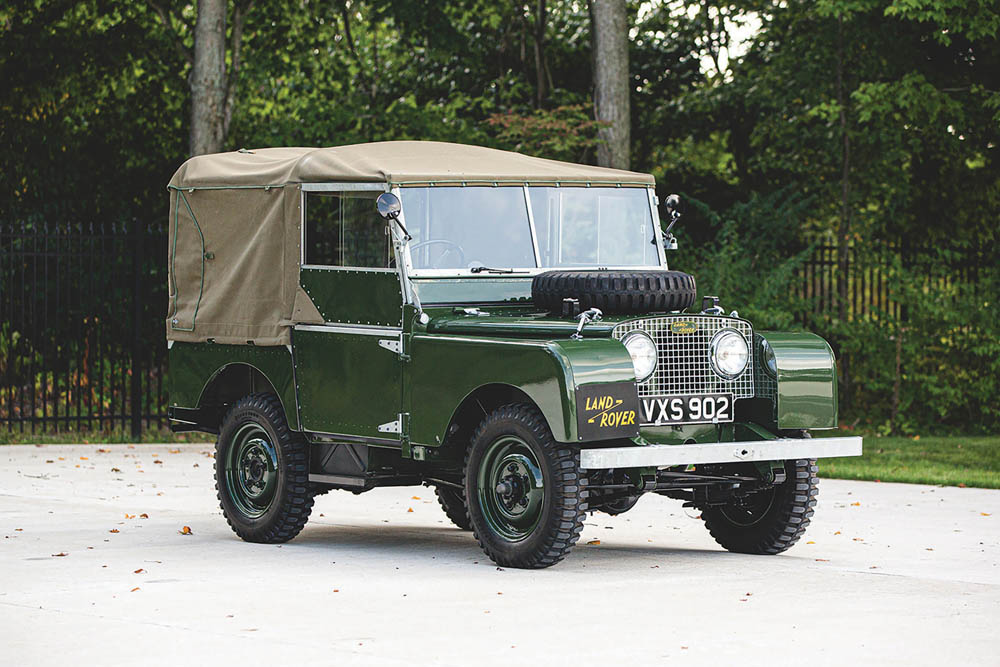 The first Reborn Land Rover, which recently fetched almost $250,000 at a US auction

Ironically, on the final day of Defender production, with hundreds of journalists and VIPs witnessing the final 90 soft-top coming off the line, just 200 yards to their right, behind closed doors, the first Land Rover Reborn – Car Zero was in build in the engineering workshop at Solihull. With the help of Roger Crathorne and his protégé and historic Land Rover expert, Michael Bishop, Car Zero was just at the rolling chassis stage, having been fully stripped and documented a few weeks before. Almost directly after Defender production ended, some of the most experienced staff from Defender production, who had the skills and interest in historic Land Rovers, were selected, with the support of Series I experts, to join the newly-formed Land Rover Classic wing of the business.

So, it was in April 2016, at one of the largest classic car shows – Technoclassica in Essen, Germany – Land Rover Reborn was launched, where it was announced that 25 vehicles between 1948-1958 would be restored, initially at Solihull, in part of the building used for Defender assembly.

Meanwhile, within the core Jaguar Land Rover business, the engineering teams were getting their teeth into Project L663 – new Defender. Reflecting on this time, Rob Atkin, chief engineer, and a former colleague of mine at JLR, told me: “The wrong thing to do would have be in homage to the old car by just giving it a light brush over bringing it up to date – it wouldn’t really address the needs of a modern vehicle. We probably needed to take a ten-year leap in one step – Porsche 911 is a great example of a product that started as one thing and has had several iterations through the years. If you look at 911 today versus the original car – imagine that in one jump – the development team had to put our brain in the same place.”

The team were engaged to create an all-new vehicle – not a reworking of the original. 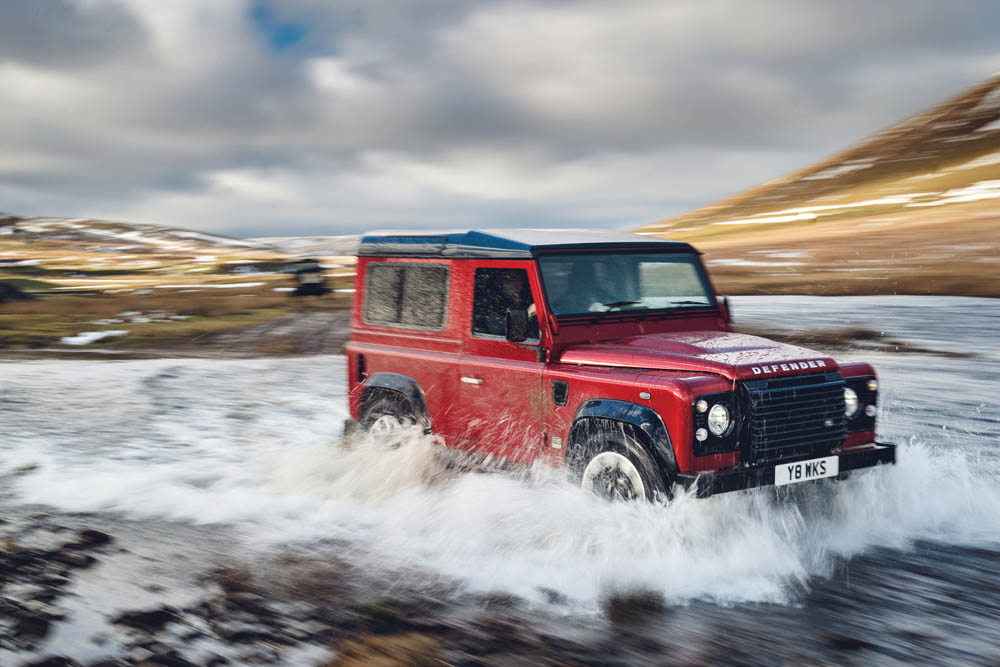 Back over in Land Rover Classic, with the Reborn project settled restoring vehicles, it was clear that some celebratory edition was required for the forthcoming 70th anniversary of Land Rover in 2018. For a number of years and during the initial stages of Defender final edition discussions, the want for a halo Defender product had been clear from the special vehicles team, and indeed, the Defender enthusiasts on the board of directors.

Back in 2014, two V8 90s prototypes using the 5.0-litre V8 AJ133 engine and six-speed automatic from a Discovery 4 US-spec vehicle had been produced for assessment, and everyone that drove the vehicles was blown away by their ability and performance. But the funds required to put into production meant that it wasn’t economically viable as a project.

With Land Rover Classic now set up, and Defender out of production, there was the ability for bespoke rebuilds to be done on nearly-new Defenders, using the 5.0-litre V8 and the latest automatic transmission, the eight-speed ZF unit. The engineering work that had been started back in 2014 was dusted off and concluded over 2017. 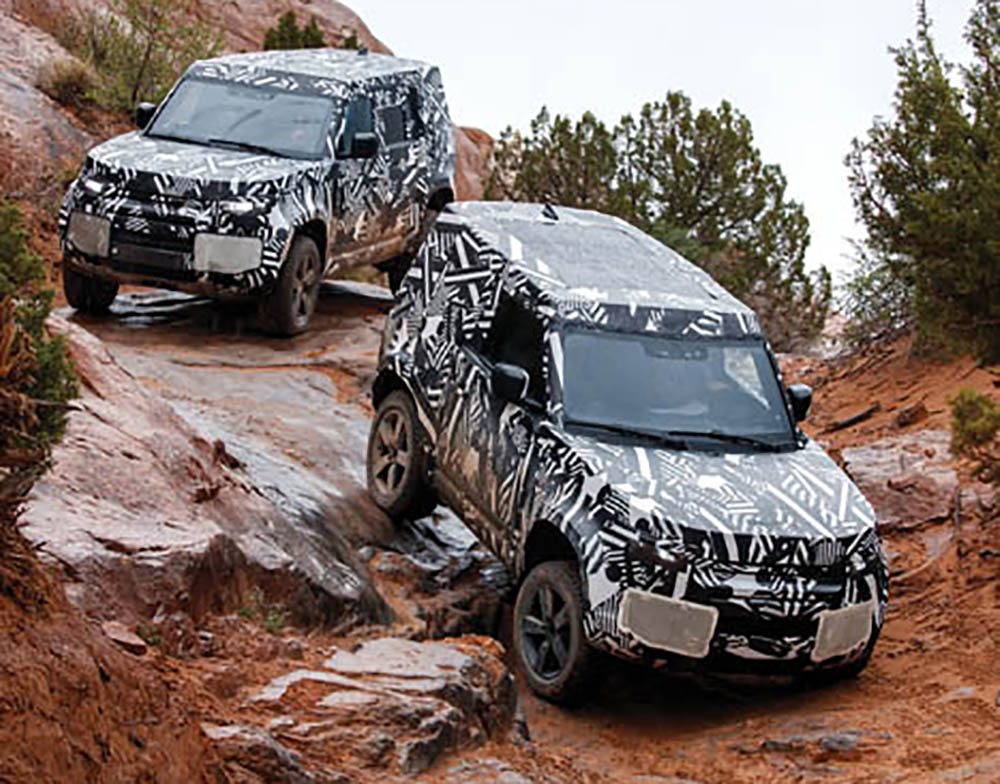 One story that I do like is that a 90 and a 110 test vehicle were both driven all the way from the Midlands down to Morocco with three tonne trailers in tow. At the fringes of the Sahara, the trailers were unhooked, test work performed in the desert and the trailers hooked back up for the long drive home!

At the start of 2018, just ahead of the 70th Anniversary, the Defender Works V8 was unveiled, with 150 examples to be built as both 90 and 110 station wagons. I recall that the sales team at Classic were literally swamped with inquires – far more than anyone envisaged!

By this stage L663 was significantly through its development. Rob was telling me that obviously the team were protecting toughness and durability in the engineering of the vehicle (that was a given), but additionally they wanted a chassis that was ‘usefully informative’, so that it was fun to drive both on and off-road – “something that people really warm to in ownership”.

It’s also interesting that the technical capability – something that original Defender didn’t have – was something that was included. Rob said: “If you did a Defender focus group, there wouldn’t be very many people telling you that that’s what they wanted. But when you give it to them, they suddenly realise that in the modern world they want to charge devices wirelessly and carry their families over long distances. It’s now a 600-mile-a-day-car, or more, really comfortable and with room for all your kit.”

The placement of the electronic control units for harsh environments was also considered. Apparently, almost all the ECUs within the vehicle cabin are high up to protect them from water and dust. As far as software goes, they have test vehicles they call ‘vehicle in the loop’, driven on rollers by robots so that they pick up the data in driving over 250,000 scenarios, 24 hours a day. 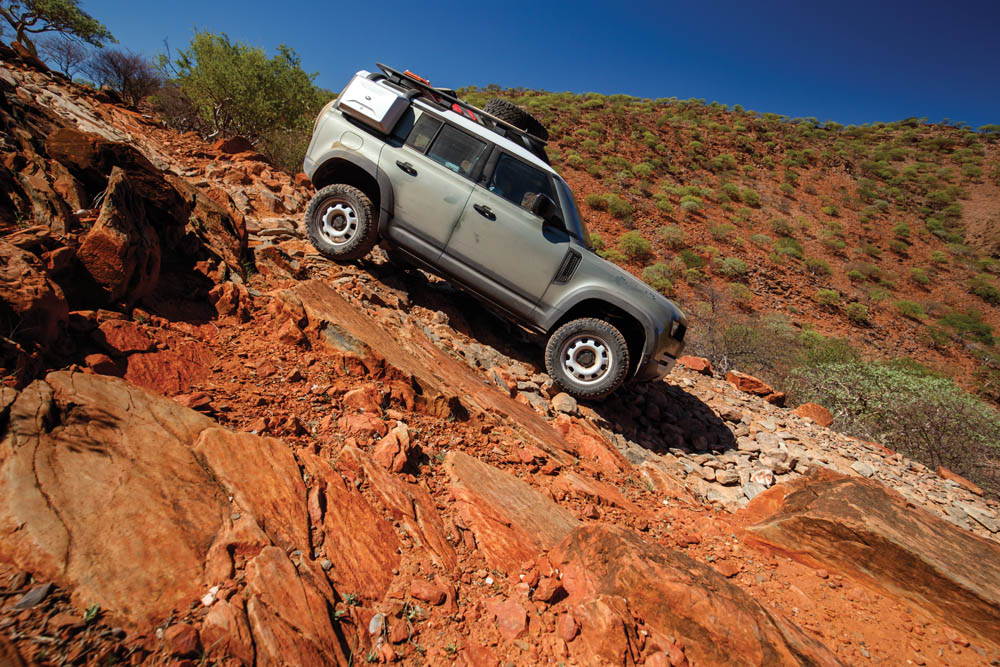 So, new Defender was launched at Frankfurt in 2019, initially as 110 only. It featured two 4-cylinder diesels, one 4-cylinder petrol and one 6-cylinder petrol with mild electric hybrid. One of the main launch activities was in Namibia where journalists had the opportunity to drive the vehicles in some fairly serious off-road scenarios. The feedback from the main automotive press was very impressive indeed, and reinforced that the vehicle had not gone soft. In JLR’s eyes, it was purely a modern interpretation of what Defender should be.

It was interesting to ask Rob what makes the D7X platform unique for Defender over the D7U platform (that underpins Discovery 5 and Range Rover). “If you get the lower arms of the Defender and hold them next to a Range Rover’s, you’ll see one of them is slightly bigger, the ball joints are bigger, the bearings are bigger and the bushes are bigger, because they’ve been designed to take more load. If you actually look at the detail, you’ll notice the load paths from the front of the car right the way through the structure are significantly bigger. We applied that thought to the whole vehicle.” 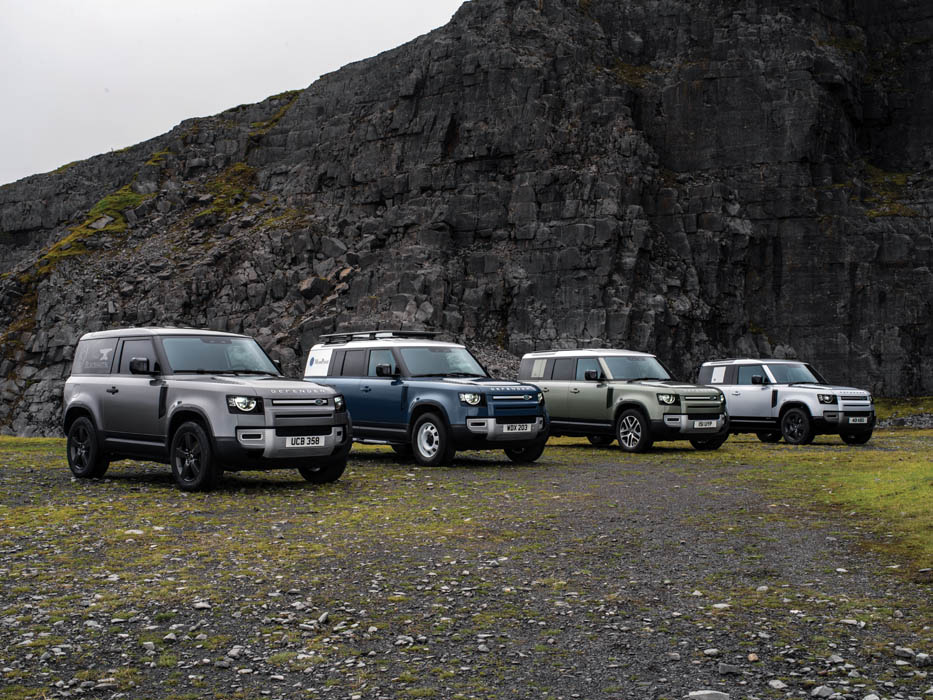 And so we move on to where we are today: 2021 Model Year Defender was recently launched, which includes the launch of Defender 90 models, and all engines moving over to mild hybrid battery technology, with diesels moving over to 6-cylinders, common with Discovery 5 at the same time.

It’s clear to everyone that new Defender is very different to the old, and not a reworking of the original. Remember my comment in previous parts of this story, about the resistance from some enthusiasts about the move to coil springs in 1983, or the induction to electronics on Td5 in 1998? Is this so different? Unfortunately, legislation is something that even Land Rover can’t get around. So, in all practical terms, Defender, for all the love we have for it, could not continue in its previous form.

New Defender, L663, is really intended to be a modern day version, protecting Defender’s values. I guess only time will tell how relevant and well received it is as a true 21st century original Land Rover. And it will continue to evolve, because it has to. With the government’s requirements of all vehicles to be electric by the 2030s, it’ll be interesting to see how new Defender progresses, just as the original did.

Greg King is Mr Defender. He started at Solihull in 1993 as a 16-year-old Land Rover-mad apprentice and went on to work on the 50th anniversary 90, Storm Defender, Tempest (Discovery 2), second-gen Range Rover Sport, the Paul Smith Defender, 2 millionth Defender and Defender Autobiography. He then moved to start with JLR Classic on Land Rover Reborn and Defender Works V8.