The new Discovery hasn’t exactly gone down very well. When it was revealed three years ago, forums were awash with enthusiasts debating if the rear end was left to the office junior. The flat styling certainly split opinion – with a disproportionate amount of bodywork to glass ratio down the side and a butt ugly rear compounded by the off-centre number plate, it was not the handsome successor to the Discovery 4 everyone hoped it would be.

It wasn’t the sales success that JLR were betting on either. In February 2019 it was reported that sales of the Discovery fell in the last quarter by 40 per cent compared to a year earlier, marking a steep fall in demand. Looking at global sales for the second quarter of this financial year it was the Defender that was the most successful product for Land Rover.

Perhaps Land Rover should have differentiated their products better? Which is what they might be trying to do with the latest incarnation, but we think enthusiasts may be a bit disappointed by the changes.

Outside, the new Discovery now features distinctive refreshed front and rear bumpers with LED headlights and tail lights, body-coloured side vents, and a new Gloss Black panel across the back of the vehicle incorporating the Discovery script – so not much has changed at all then? Which is often the case with a mid-cycle refresh. They normally just add the latest tech from other vehicles in the stable. 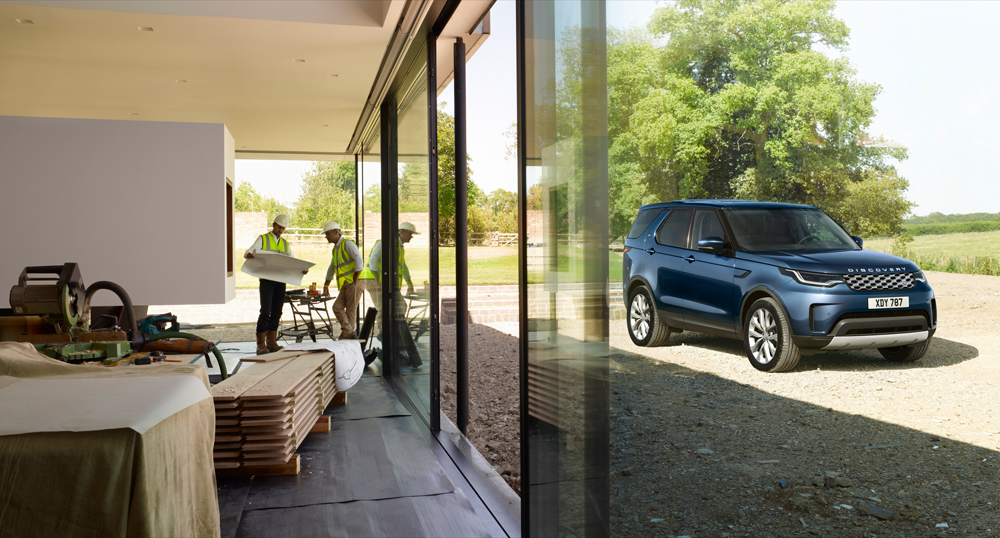 The new R-Dynamic model benefits from Gloss Black and Shadow Atlas exterior accents on the outside and two-tone leather and contrast seat stitching on the inside.

The new second-row seats offer enhanced comfort – and while the improved lateral and under-thigh support, together with the relocation of air-vents (from the B-pillars to the centre console) providing increased airflow – may go unnoticed by the kids and dog, your two-legged rear passengers may appreciate Land Rover’s Click and Go tablet holders. These are incorporated into the front seatbacks and the easy-to-use system includes USB-A charging sockets to minimise trailing wires, and an on-board (but optional) 4G Wi-Fi hotspot, enabling up to eight devices to be linked up. 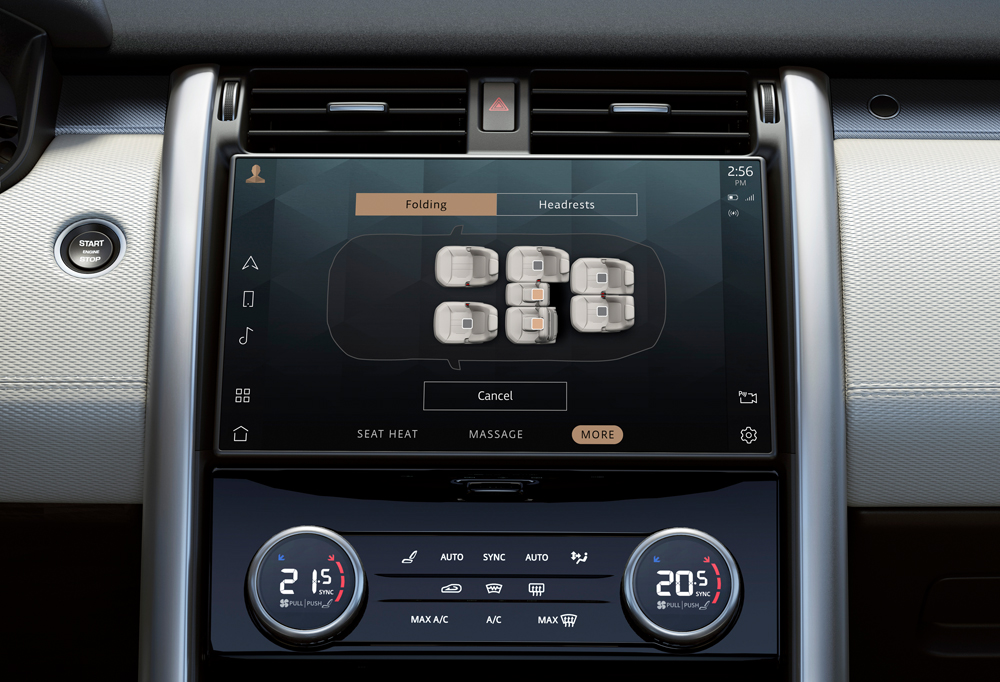 Last, and by definite no means least, new Cabin Air Ionisation monitors air quality inside and filters harmful particulates for improved wellbeing – another upgrade that one could probably do without and is combatted from wearing a mask – which as we know is now compulsory across the UK!

A completely redesigned centre console houses Land Rover’s new Pivi Pro infotainment featuring a 48 per cent larger 11.4-inch, full HD touchscreen, which claims to be a fast and intuitive interface thanks to its simplified, logical menus. 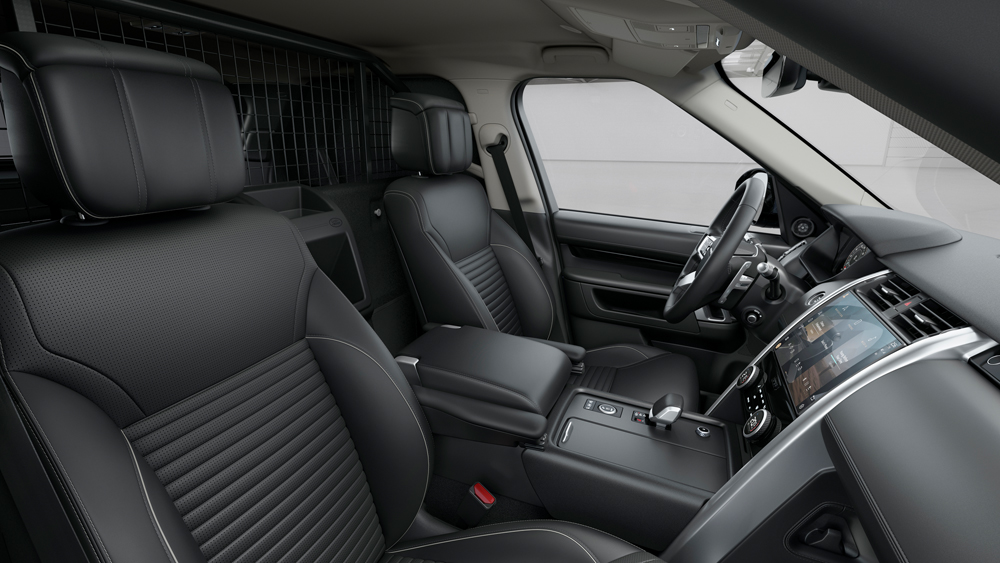 Connectivity is provided by dual-sim technology, with two LTE modems enabling the system to carry out multiple functions at the same time – such as streaming media and downloading Software-Over-The-Air (SOTA) updates

The new Discovery also provides high-definition 3D mapping within the instrumentation, leaving the central touchscreen free to control other applications, but in addition, customers have the option of a full-colour head-up display. Wireless charging with signal boosting technology is also available as an optional extra. Thanks to Apple CarPlay, Smartphone integration is simple, while the advanced Bluetooth technology can connect two smartphones simultaneously.

There’s a glut of options on all variants to help make Land Rover’s family SUV more versatile including hands-free Gesture Tailgate, Intelligent Seat Fold technology, which allows customers to effortlessly configure the seating layout using the central touchscreen rather than exerting any effort, and Remote app technology to lets customers keep tabs on the fuel status and location of their vehicle and even unlock and lock the doors.

Land Rover’s new second-generation Activity Key is also available, which features touchscreen controls, a digital watch and can lock, unlock and start the vehicle as an addition to the conventional fob. 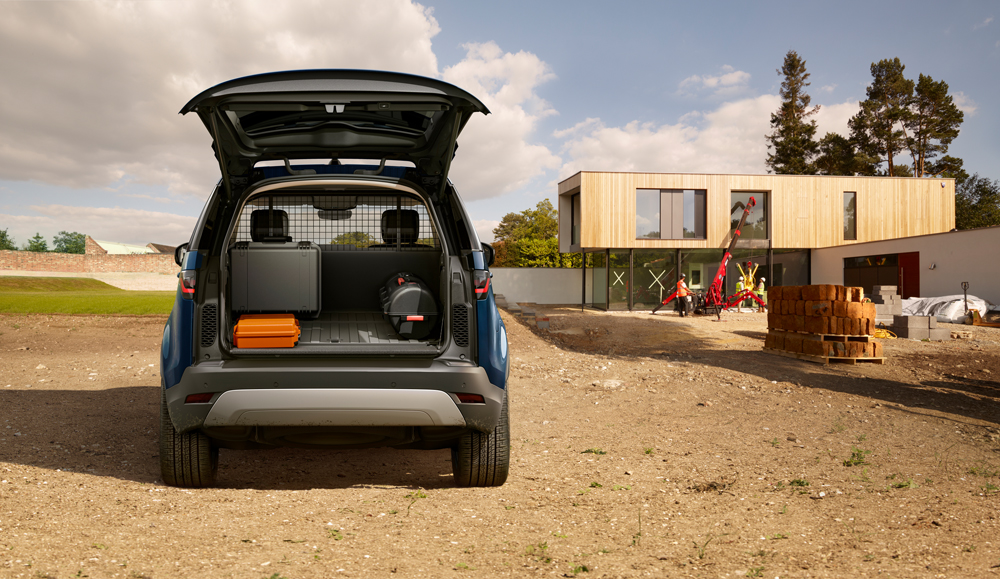 The line-up is as follows:

While the new Discovery is still a family-friendly SUV that’s comfortable, composed and responsive on the road yet highly capable off the black stuff and best-in-class when it comes to towing capacity, that controversial asymmetrical rear-end design still remains. The subtle styling refresh and mild hybrid option (literally implemented so Land Rover avoids fines under the EU’s fleet average CO2 target) is not what we would call a major update and if the car maker is hoping it will boost the model’s sales, which continue to fall below expectations, it may well be left hugely disappointed. 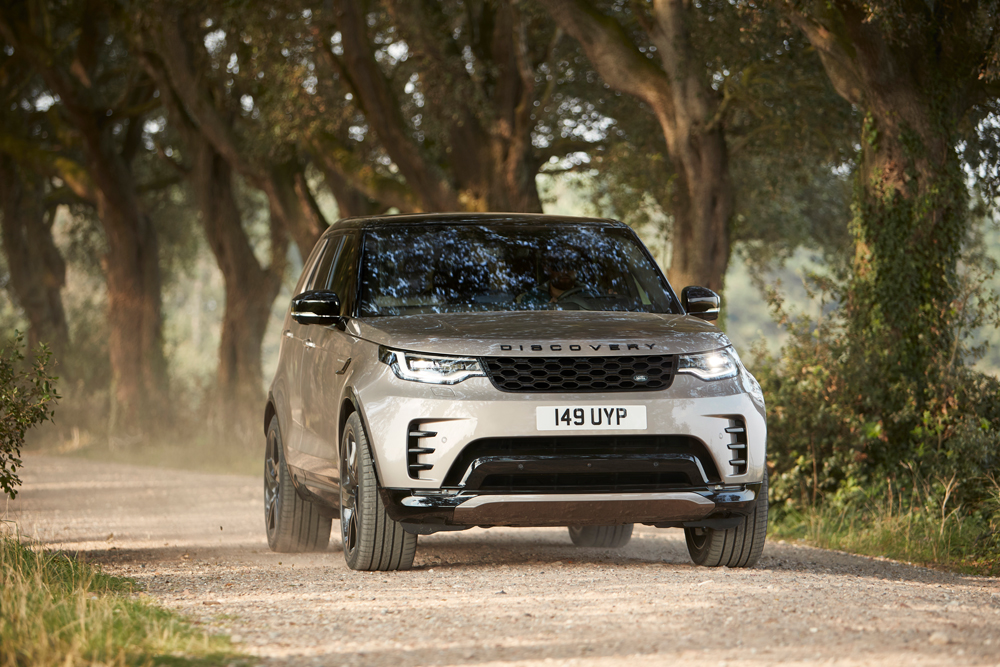 In the UK, the new Discovery is available in S, R-Dynamic S, R-Dynamic SE and R-Dynamic HSE trim levels and is priced from £53,090 (for the P300 S). Should you wish to purchase one, you can specify your vehicle at landrover.co.uk.